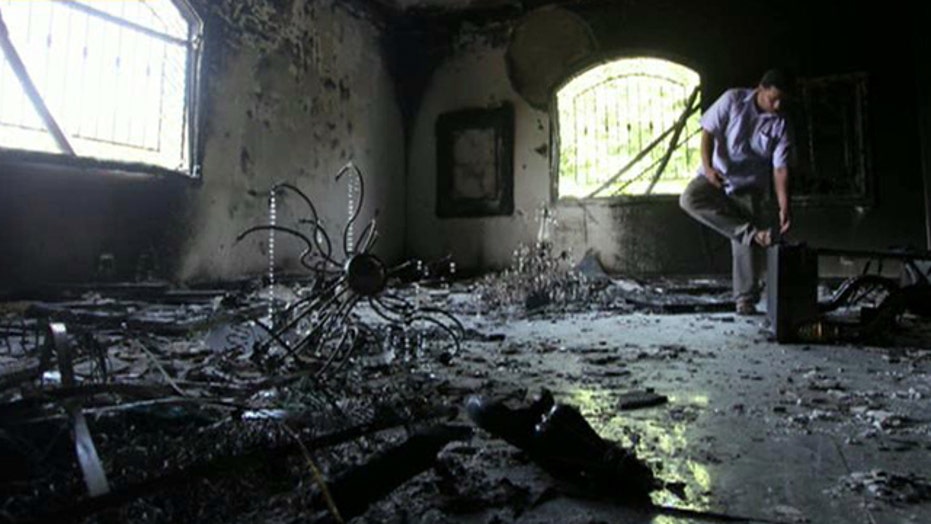 More than 700 Special Operations veterans are urging members of Congress to back a select committee to investigate last year’s Benghazi terrorist attack, according to a letter first obtained by Fox News.

The letter from the group, “Special Operations Speaks,” supports the appointment of a special committee tasked with the single mission of investigating the attack that left Ambassador Christopher Stevens and three other Americans dead, and shut down the CIA operation in an annex of the Benghazi consulate, in the Sept. 11, 2012 attack.

“Congress must show some leadership and provide answers to the public as to what actually occurred in Benghazi.  Americans have a right to demand a full accounting on this issue," the letter stated.

Special Operations Speaks is a political action committee whose primary mission is to “emphasize the pressing need for the nation and its representatives to understand the value of our Constitution and actively support a return to its application in all phases of government,” according to the group’s website.

The group received widespread publicity for its stance against what it described as damaging information leaks related to the raid that killed Usama bin Laden in May 2011.

The letter includes more than 16 points of possible investigation for the proposed committee.

They range from the warnings given to the State Department that security was unraveling on the ground, as Al Qaeda and Islamist militias gained a foothold leading up to the attack; the continued silence of State Department and CIA employees evacuated from Benghazi since the attack; as well as the real-time decision making of President Obama, then Secretary of State Hillary Clinton and the Department of Defense on the night of the attack, which took place on the 11th anniversary of Sept. 11, 2001.

"America has always held to the notion that no American will be left behind and that every effort will be made to respond when U.S. personnel are threatened. Given our backgrounds, we are concerned that this sends a very negative message to future military and diplomatic personnel,” the letter said.

Running more than 20 pages listing all its signatories, the letter supports House Resolution 36, which was introduced by Rep. Frank Wolf, a Republican from Virginia.

On the House floor in January, Rep. Wolf reiterated his call for the select committee, stating the American people “are no closer to understanding what caused the attack or bringing the terrorists responsible to justice.”

Before the recent congressional recess, House Speaker John Boehner convened a meeting of three leading Republican senators, John McCain of Arizona, Lindsey Graham of Florida and Kelly Ayotte of New Hampshire, as well as the chairmen of the house committees on Intelligence, Oversight and Foreign Affairs, respectively, who are leading their own investigations. Rather than form a select committee, a decision was made to coordinate and pool their findings, to be completed in “weeks, not months.”

"We want to make sure that we have a full story of what happened, and where there are conflicting stories, we going to work to de-conflict them," Intelligence Committee Chairman Rep. Mike Rogers told Fox News on Mar. 21.

His committee counterpart, Democrat Dutch Ruppersberger, said he had “no problem” with his colleagues “continuing to get the facts and data,” and suggested the Benghazi issue should not be further politicized.

With the Special Operations Speaks letter expected on Capitol Hill Monday, it is not clear whether this new push for a select committee will change the minds of lawmakers.

For its part, the Obama administration has insisted it is fully cooperating with congressional investigators.