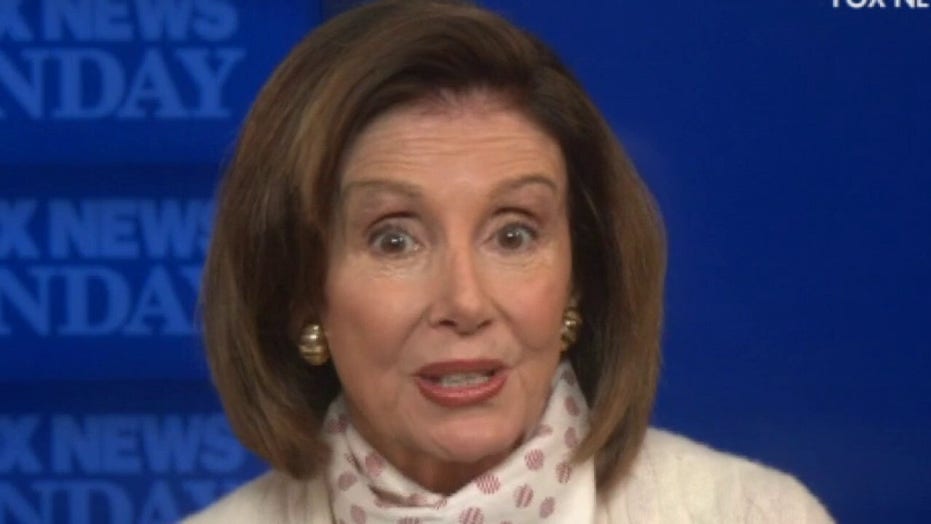 Nancy Pelosi discusses the possibility of an agreement on a deal for small business relief on 'Fox News Sunday.'

House Speaker Nancy Pelosi gave President Trump an ‘F’ for what she called “weak” leadership during the coronavirus pandemic and promised that despite recent snags, Congress will "soon" reach an agreement for adding $250 billion to replenish a program that provides forgivable loans to small businesses.

Pelosi, in her first “Fox News Sunday” interview since 2017, accused Trump of ignoring scientific evidence in formulating a plan for the nation to recover from the pandemic that has shut down most of the economy.

Trump announced his plan last week, and Pelosi remained critical of the president even though Dr. Anthony Fauci, director of the National Institute for Allergy and Infectious Diseases, said the plan’s first phase, if carried out properly, could provide enough testing for it to work.

When asked if she believes Fauci, Pelosi said she does, but pointed to what she called a “failure” to perform sufficient testing thus far as evidence that the administration has already come up short.

“But we’re way late on it and that is a failure. The president gets an F, a failure on the testing,” Pelosi said. “But Fauci -- Dr. Fauci’s right. If it is done properly, it hasn’t been and I -- I think when he puts in the ‘if it’s done’ is an admission that it hasn’t been done.”

The president gets an F, a failure on the testing.”

Host Chris Wallace countered Pelosi’s claim that Trump did not take the pandemic seriously enough before March by showing video of her walking the streets of Chinatown on Feb. 24 without a mask and encouraging tourists to go there. In the clip, Pelosi said it was “very safe” there.

Pelosi insisted that this was not an example of her taking the outbreak lightly, and claimed it was only meant “to end the discrimination, the stigma, that was going out against the Asian-American community." 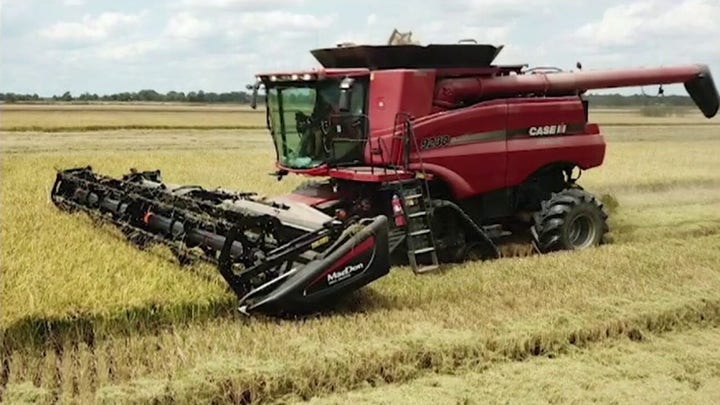 Trump and other Republicans have blasted Pelosi in recent days for her refusal to immediately go along with adding funds to the Paycheck Protection Program, which provides small businesses forgivable loans to pay their employees and other expenses while they suffer as a result of stay-at-home orders. The program’s initial $350 billion has already been depleted, but Democrats would not add the $250 billion Republicans have called for without also addressing other concerns.

TRUMP HAILS 'POSITIVE SIGNS' IN CORONAVIRUS FIGHT, SAYS US IS 'KING OF VENTILATORS'

“We want to add more money there,” Pelosi said, but added that “it is very urgent though that we support our -- our police and fire, our health care workers, our nurses, our teachers.” She stated “that’s what the state and local government is about, is meeting the needs of the coronavirus. And everything that we’re doing is about the coronavirus, understand that.”

Despite the impasse that has resulted thus far, Pelosi claimed that there has been progress on reaching a deal, and that small businesses will see relief in the near future.

“They will have more money as soon as we come to an agreement -- which will be soon,” she said. “And I think people will be very pleased because these small businesses must thrive in a community where they’re, again, health is essential to them opening up.”

In terms of how Congress will act, Pelosi addressed a possible rule change to allow remote voting for the time being. The speaker opposed this in the past, but said Rules Committee Chairman Jim McGovern and House Administration Committee Chairwoman Zoe Lofgren said that proxy voting could be workable within constitutional and security-based requirements.

“I’m taking their recommendation. It wasn’t a change -- my attitude was always, if it’s possible, let’s see what the options are,” Pelosi said. “This is what they have come back and said it's possible. And we’ll see -- and it has to be bipartisan. We’ll see how our colleagues on the other side of the aisle -- I think there’s some openness to it.”