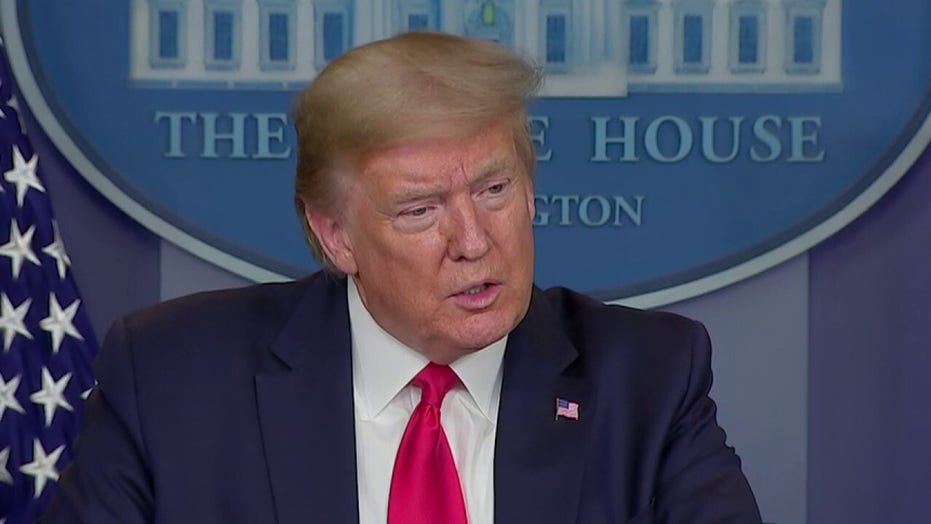 President Trump on whether coronavirus pandemic originated in Wuhan lab: We're going to find out

President Trump on Saturday cited “positive signs” in the fight against the coronavirus pandemic, claiming that he inherited “broken junk” from the prior administration but has since turned the U.S. into the “king of ventilators.”

"We continue to see a lot of positive signs that the virus has passed its peak," he said, the same week that the White House has issued guidelines for the gradual reopening of the country.

He said that Texas and Vermont will allow some businesses to open, while still requiring social distancing, while other states are expecting to lower restrictions. But other harder-hit states, such as New York, have given no indication they will be reducing measures any time soon.

Trump also went back to putting the blame of sluggishness in the initial U.S. response on the Obama administration, from whom he said he inherited “broken junk.”

“We inherited a broken terrible system, our cupboards were bare, now we’re loaded up and we loaded up these hospitals,” he said.

“We started with garbage,” he said at another point, while also blaming Democrats for politicizing the crisis. He has been critical of Democratic congressional leaders for a hold-up in a refill of a small business loan program that ran out of funds this week. House Speaker Nancy Pelosi, D-Calif., has said she wants to see money for hospitals and state and local governments in any package, as well.

On Saturday, Trump said the U.S. has now caught up on ventilators -- in part by using the Defense Production Act and collaboration with state governments -- and said that the U.S. is now leading the world when it comes to ventilators.

"The hardest thing of all by a factor of 20 is the ventilators and now we're the king of ventilators, we have ventilators... we're going to be helping other countries very soon," he said, adding that thousands are being built every week.

Now, after a week in which he has said the U.S. is past the worst of the crisis, Trump is shifting emphasis to kickstarting an economic recovery after weeks-long lockdowns across the country to stop the spread of the virus.

But that approach has drawn caution from Democratic governors, as well as some health experts, who warn that reopening the economy too quickly could lead to a “second wave” of infections. 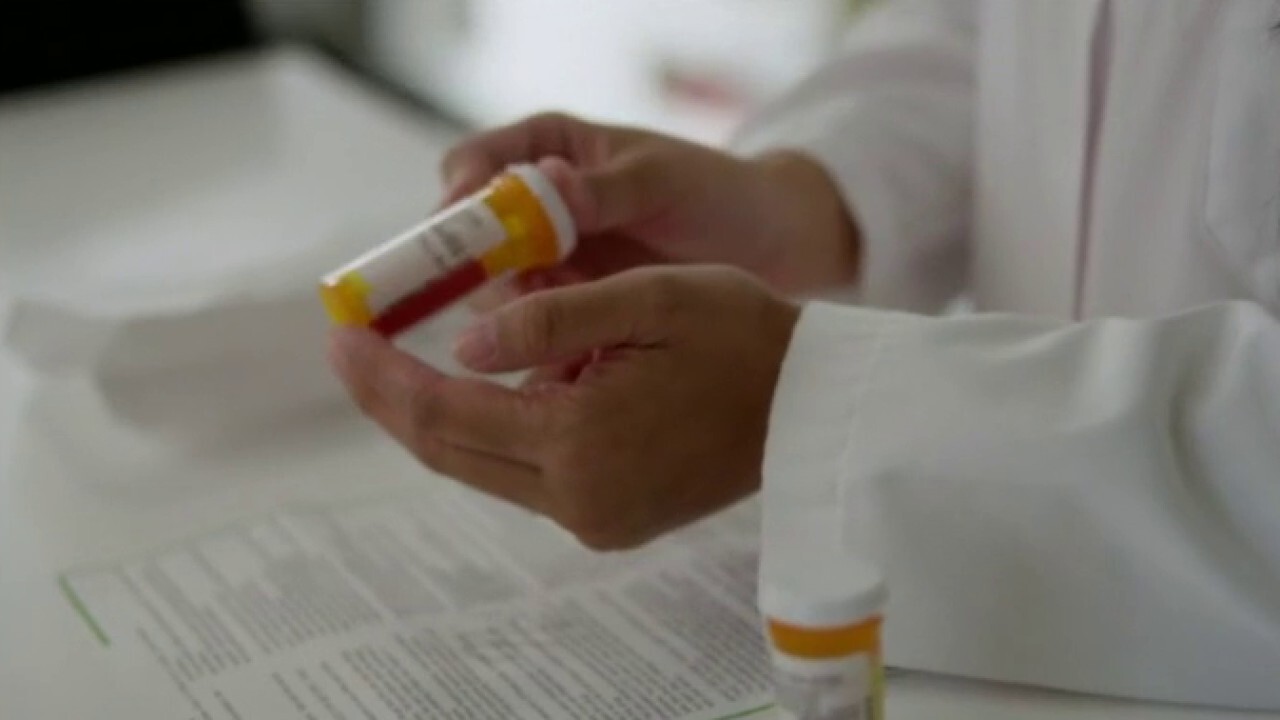 The U.S. has registered 706,779 confirmed cases and more than 37,000 deaths, the highest in the world. But Trump noted that the statistic is in part because of the large U.S. population, and when it comes to per capita deaths, the U.S. is lower than countries such as Italy and Spain. He also said that Chinese estimates, long suspected of being manufactured by the authoritarian government, were “impossible.”

"On a per capita basis, our mortality rate is far lower than other nations of Western Europe with a lone exception of possibly Germany," he said.

In the wide-ranging press conference, he also weighed in on possible investigations into China for its actions surrounding a Wuhan lab -- where officials believe the virus originated -- saying that “they’re doing an investigation, but we’re doing investigations also.”

He also stood by his criticism of some of the more extreme lockdowns taking place across the country. Trump caused controversy Friday by using his Twitter feed to call to “liberate” states such as Michigan and Minnesota.