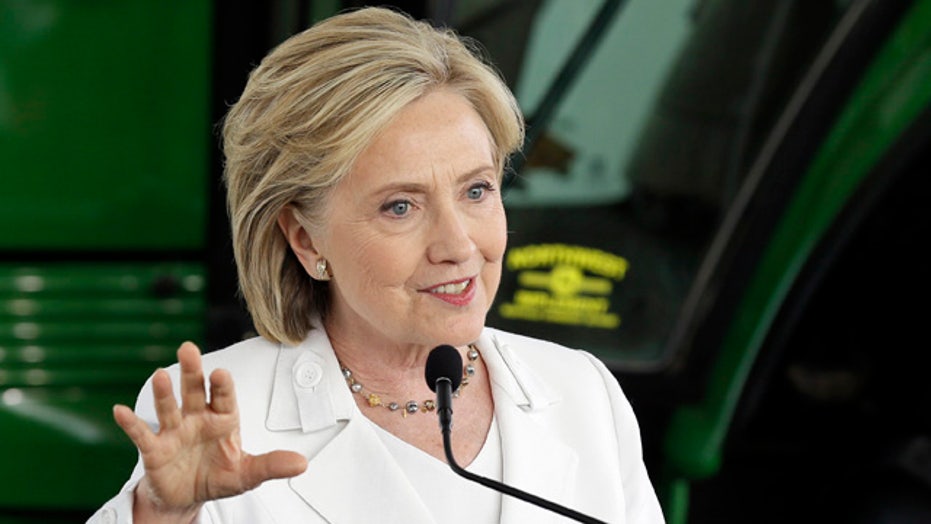 Did Hillary Clinton know emails on server were classified?

An FBI "A-team" is leading the "extremely serious" investigation into Hillary Clinton's server and the focus includes a provision of the law pertaining to "gathering, transmitting or losing defense information," an intelligence source told Fox News.

The section of the Espionage Act is known as 18 US Code 793.

A separate source, who also was not authorized to speak on the record, said the FBI will further determine whether Clinton should have known, based on the quality and detail of the material, that emails passing through her server contained classified information regardless of the markings. The campaign's standard defense and that of Clinton is that she "never sent nor received any email that was marked classified" at the time.

It is not clear how the FBI team's findings will impact the probe itself. But the details offer a window into what investigators are looking for -- as the Clinton campaign itself downplays the controversy.

A leading national security attorney, who recently defended former CIA officer Jeffrey Sterling in a leak investigation, told Fox News that violating the Espionage Act provision in question is a felony and pointed to a particular sub-section.

"Under [sub-section] F, the documents relate to the national defense, meaning very closely held information," attorney Edward MacMahon Jr. explained. "Somebody in the government, with a clearance and need to know, then delivered the information to someone not entitled to receive it, or otherwise moved it from where it was supposed to be lawfully held."

The Code of Federal Regulations, or "CFR," states: "Any person who has knowledge that classified information has been or may have been lost, possibly compromised or disclosed to an unauthorized person(s) shall immediately report the circumstances to an official designated for this purpose."

A government legal source confirmed the regulations apply to all government employees holding a clearance, and the rules do not make the "send" or "receive" distinction.

Rather, all clearances holders have an affirmative obligation to report the possible compromise of classified information or use of unsecured data systems.

Current and former intelligence officers say the application of these federal regulations is very straightforward.

"Regardless of whether Mrs. Clinton sent or received this information, the obligations under the law are that she had to report any questions concerning this material being classified," said Chris Farrell, a former Army counterintelligence officer who is now an investigator with Judicial Watch. "There is no wiggle room. There is no ability to go around it and say I passively received something -- that's not an excuse."

The regulations also state there is an obligation to meet "safeguarding requirements prescribed by the agency." Based on the regulations, the decision to use a personal email network and server for government business -- and provide copies to Clinton attorney David Kendall -- appear to be violations. According to a letter from Sen. Chuck Grassley, R-Iowa, Kendall and his associate did not have sufficient security clearances to hold TS/SCI (Top Secret/Sensitive Compartmented Information) contained in two emails. Earlier this month, the FBI took physical custody of the server and thumb drives.

Fox News was first to report, Aug. 19, that two emails -- from aides Huma Abedin and Jake Sullivan -- with classified information kick-started the FBI probe, a point not disputed by the Clinton campaign.

Farrell said, "There is no evidence there has been any assessment of Mrs. Clinton and her outlaw server."

Citing the ongoing investigation, a State Department spokesman had no comment, but did confirm that Clinton's immediate staff received regular training on classification issues.

Clinton told reporters Friday that she remains confident no violations were committed.

"I have said repeatedly that I did not send nor receive classified material and I'm very confident that when this entire process plays out that will be understood by everyone," she said. "It will prove what I have been saying and it's not possible for people to look back now some years in the past and draw different conclusions than the ones that were at work at the time. You can make different decisions because things have changed, circumstances have changed, but it doesn't change the fact that I did not send or receive material marked classified."

The Clinton campaign did not provide an on-the-record comment on the matter when given questions by Fox News.