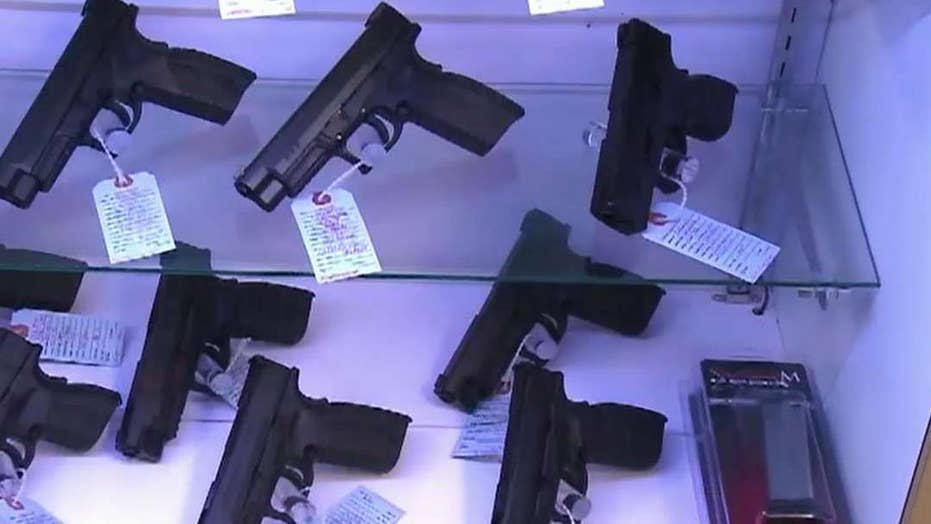 Colorado became the 15th state on Friday to adopt a “red flag” gun law, allowing firearms to be seized from people determined to pose a danger -- just weeks after dozens of county sheriffs had vowed not to enforce the law, with some local leaders establishing what they called Second Amendment "sanctuary counties."

The law didn't receive a single Republican vote in the state legislature, and has led to renewed efforts from gun-rights activists to recall Democrats who supported the measure. In a fiery and lengthy statement on Facebook on Friday, Eagle County, Colo., Sheriff James van Beek slammed the law as a well-intentioned but "ludicrous" throwback to the 2002 film "Minority Report," and outlined a slew of objections from law enforcement.

Van Beek charged that the law treats accused gun owners like "criminals," discourages individuals from seeking mental health treatment, and ignores the reality that "a disturbed mind will not be deterred by the removal of their guns."

Noting that cities with strict gun laws still experience high murder rates, van Beek asserted: "By removing guns from someone intent on committing suicide or murder, we still have the danger of someone who may be unbalanced, now, angrier than before, and looking for another means … explosives, poisons, knives, car incidents of mowing down groups of unsuspecting innocent."

Colorado’s law, approved by Democratic Gov. Jared Polis, allows family, household members or law enforcement to petition a court to have guns seized or surrendered based on a showing that someone poses a danger under the "preponderance of the evidence," a civil standard which means that the defendant is more likely than not to be a threat. 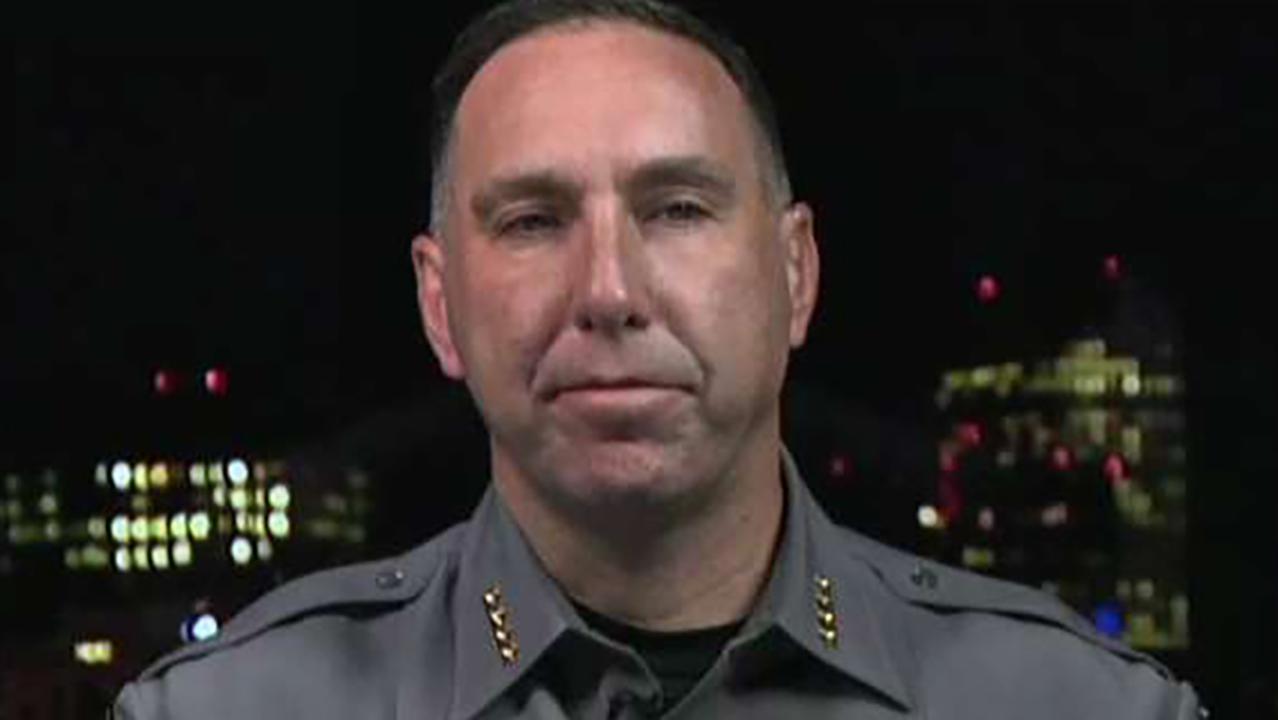 "In other words, there is just over a 50/50 chance of accuracy," van Beek wrote, noting that someone's guns could be seized even without a mental health professional making a determination of any kind. "Like the flip of a coin. Couldn’t that apply to just about anything a person does?"

A subsequent court hearing could extend a gun seizure up to 364 days, and gun owners can only retain their guns if they meet a burden of demonstrating by "clear and convincing evidence" -- a much higher standard -- that they are not in fact a threat. Gun owners, van Beek said, are "guilty until proven innocent" under this framework.

Minority Republicans in the legislature had unsuccessfully tried to shift the burden of proof to the petitioner.

The law's passage marked a personal victory for first-term Democratic Rep. Tom Sullivan, whose son, Alex, was gunned down in the 2012 Aurora theater massacre that killed 12 people and wounded 70 others. The bill is slated to take effect in January.

“Three hundred and fifty one Fridays since Alex was murdered,” Sullivan began, wearing his son’s leather bomber jacket at the signing ceremony for the bill he sponsored.

“Being the parent of a murdered child, everything is stunted,” Sullivan said, prompting knowing, tearful nods from several other shooting survivors standing behind him. “I am elated, believe me. It just can’t come out because there is just too much work in front of us to get done.”

Colorado Gov. Jared Polis, left, speaks as Rep. Tom Sullivan, D-Aurora, looks on before Polis signs a bill to allow Colorado to become the 15th state in the union to adopt a "red flag" gun law allowing firearms to be taken from people who pose a danger during a ceremony Friday, April 12, 2019, in the State Capitol in Denver. (AP Photo/David Zalubowski)

Alex Sullivan was celebrating his 27th birthday at the theater. Tom Sullivan, elected to the House in November, has devoted his life since Aurora to counseling survivors of other mass shootings around the country and campaigning for gun control.

Responding in part to Sullivan's remarks, van Beek emphasized his own county's work on establishing partnerships to combat mental illness, which he characterized as a practical solution. The Aurora theater shooter, James Holmes, long suffered from mental illness.

"The Red Flag Law can remind one, of the movie 'Minority Report'; regulating against what we think someone might do," van Beek wrote. "It’s like regulating via clairvoyance, but in this case, we actually take away someone’s property and require them to go to court to prove their innocence of a crime that hasn’t been committed, yet they were punished because someone thought they might be thinking about it."

The sheriff continued: "I find no mental health programs associated with this law. Just a possible overreach of well-meaning citizens, with no infrastructure for addressing the primary intention of the law: mental health as it relates to public safety."

From left, Tylecia Amos, 14, Shatyra Amos, 15, Michael Walker, 17, and Mykia Walker, 16, carry flowers to lay at a makeshift memorial across the street from the Century Theater parking lot, on Saturday, July 21, 2012 in Aurora, Colo. Twelve people were killed and dozens were injured in the attack early Friday at the packed theater during a showing of the Batman movie, "Dark Knight Rises." Police have identified the suspected shooter as James Holmes, 24. (AP Photo/Barry Gutierrez) (The Associated Press)

"Removing the guns in a constitutionally questionable manner, without notice, denying the accused the ability to defend charges, then requiring medical services that are not available, in order to reinstate private property rights, afterward, is like putting a Band-Aid on the probability of a wound, and not allowing its removal until an injury has occurred," he wrote. "In other words, the entire process is ludicrous."

Van Beek added: "I stand with other Sheriffs in opposition to the Red Flag law on constitutional grounds as well as its failure to address the true issues, which are behavioral and mental health. In addition, it places fiscal hardships on county budgets, places law enforcement officials in imminent danger, violates citizen’s rights, and actually works against the mental health concerns that it was originally designed to aid."

"The entire process is ludicrous."

“Colorado has endured more than our fair share of tragedies,” Polis said Friday. This law will not prevent every shooting, but it can be used in a targeted way to make sure that those who are suffering from a mental health crisis are able to temporarily have a court order in place that helps make sure they don’t harm themselves or others. Today we may be saving the life of your nephew, your niece, your grandchild.”

Gun rights activists pushed for Polis and some Democrats who supported the legislation to be recalled. Senate President Leroy Garcia, a Democrat, voted against the bill -- primarily, observers said, because his predecessor was recalled in 2013 for supporting the state's last major gun control push.

That 2013 legislation implemented background checks and ammunition magazine limits, following the Aurora and Sandy Hook Elementary School shootings. In all, two Democratic lawmakers were recalled and another resigned for supporting those laws.

About half of Colorado’s 64 counties — most in rural areas — passed resolutions opposing the new bill and declared themselves “Second Amendment sanctuaries.”

Opposition from rural sheriffs elicited a warning last month from Democratic Attorney General Phil Weiser, who has said those who won’t enforce the law should resign.

The law is named after Douglas County Sheriff’s Deputy Zackari Parrish III, a 29-year old husband and father who was killed on New Year’s Eve 2017 by a man who had exhibited increasingly erratic behavior.

Pelle said he was working with Spurlock and other law enforcement chiefs to develop protocols for executing protective orders safely.

Co-sponsor Alec Garnett, a Democrat and the House majority leader, noted that Colorado’s law stands out for providing legal representation for gun owners. 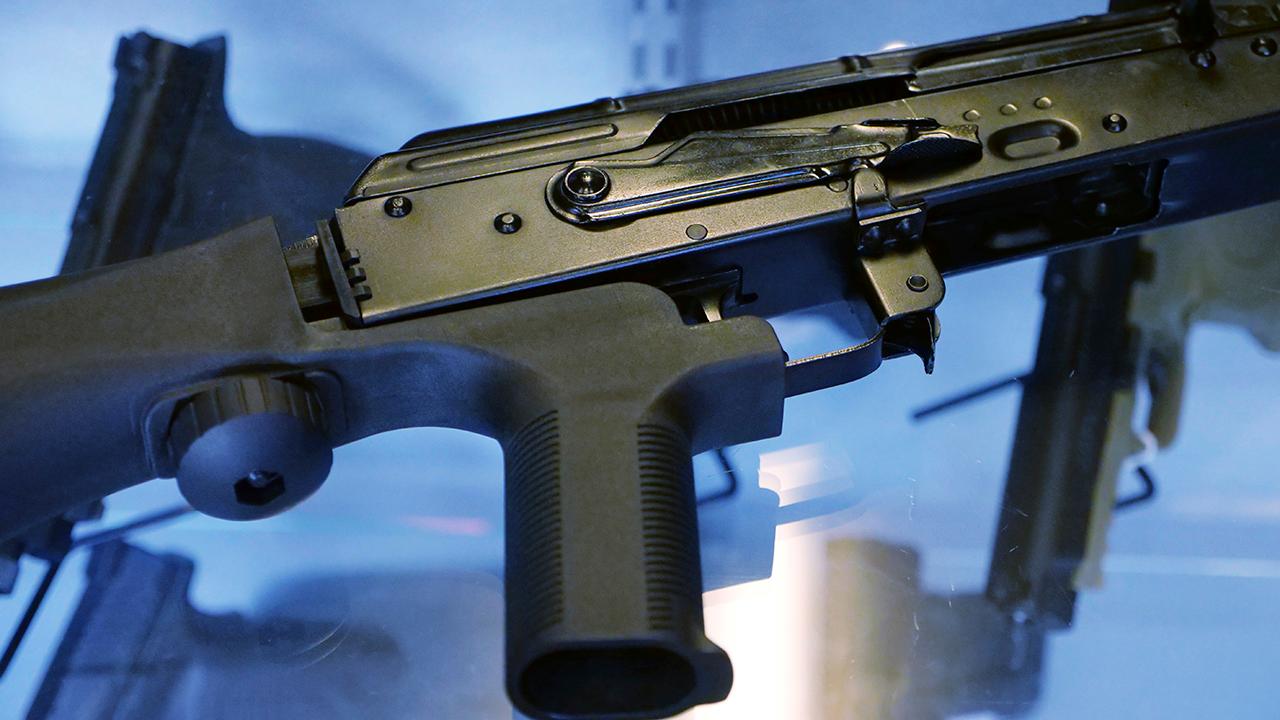 From federal ban on bump stocks to 'red flag' laws, gun control efforts on the rise

“We have come a long way in this state from Columbine,” Garnett said, referring to the upcoming 20th anniversary of the April 20, 1999, Columbine High School massacre.

Separately, a prosecutor refused to approve criminal charges Friday against Pittsburgh's mayor and six City Council members over the passage of firearms restrictions that gun rights advocates say are blatant and deliberate violations of state law.

Seven city residents tried to file private criminal complaints against Democratic Mayor Bill Peduto, who signed the legislation into law this week, and council members who voted to approve the bills. The complaints charge the mayor and council with official oppression and other counts.