Attorney General Jeff Sessions delivered a blistering attack on campus culture in front of a group of conservative high school students on Tuesday, saying that colleges are creating a generation of “supercilious snowflakes.”

“Rather than molding a generation of mature, well-informed adults, some schools are doing everything they can to create a generation of sanctimonious, sensitive, supercilious snowflakes,” Sessions said during a speech at Turning Point USA's High School Leadership Summit in Washington.

Sessions focused much of his address on railing against what he called the suppression of free speech on college campuses and hostility against conservative students.

He added that instead of fostering open debate on campus, school administrations are bowing to liberal ideologies and “coddling students” with trigger warnings, crying rooms and therapy sessions.

“Too many schools are coddling students,” Sessions said. “There was a ‘cry-in’ at Cornell after the 2016 election, therapy dogs at the University of Kansas. … I hope they had plenty of tissues.”

Referencing his time at Huntingdon College in Alabama, Sessions said that conservative students today face even tougher treatment from their more-liberal peers than they did when he was in school during the turbulent 1960s.

“The hostility was not as great then as it is today on college campuses,” he said. “Stand strong for what you believe in.”

Sessions called out a number of schools – including Middlebury College in Vermont and the University of California, Berkeley – that he says have actively tried to silence conservative speakers. 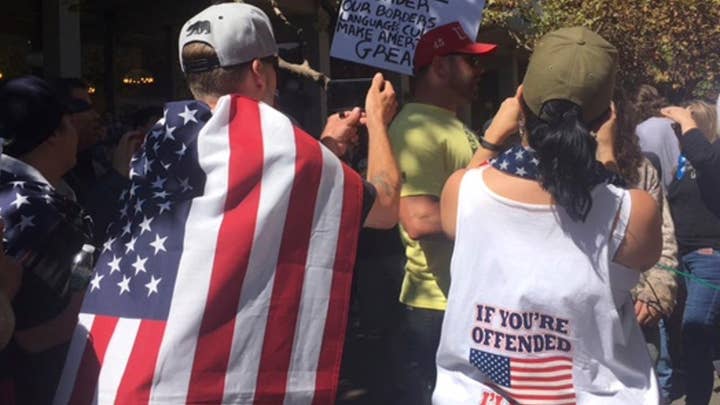 Last spring, students protested a scheduled lecture by controversial sociologist Dr. Charles Murray. The incident at Middlebury College eventually turned violent, with protesters shouting down Murray and even putting a professor in the hospital.

At Berkeley, which last year saw a number of oftentimes violent protests ahead of planned speeches by conservative figures such as Ann Coulter and Ben Shapiro, school officials have vehemently denied that they have acted to suppress conservative voices on campus or condoned any violence against them.

“This university cannot and will not tolerate the harassment of its students, particularly when they are being targeted simply as a result of who they are or what they believe in,” UC Berkeley spokesperson Dan Mogulof told Fox News earlier this year. Mogulof added that there is a common misperception that UC-Berkeley only promotes liberal ideologies.

“This is not the 1960s anymore,” he said. “Our student body is more diverse than it has ever been.”