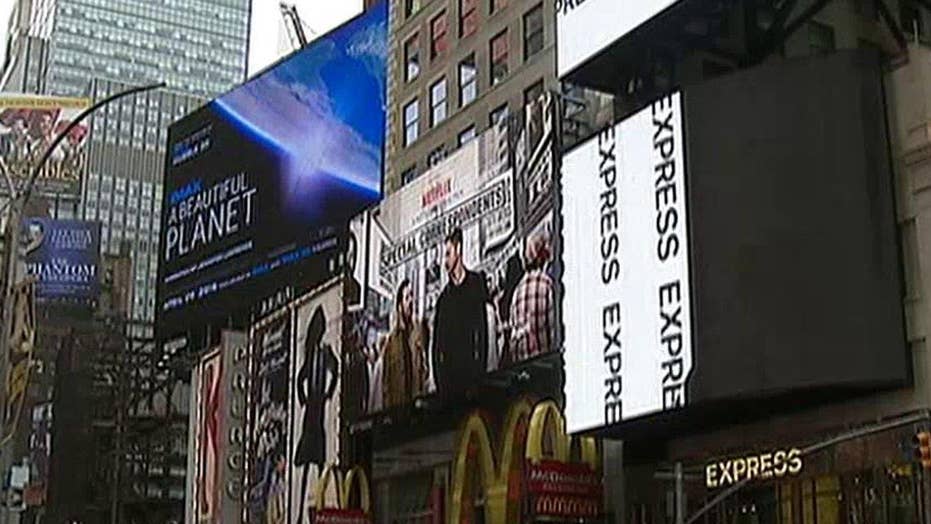 Sen. Schumer's call for a federal investigation examined on 'The Real Story'

NEW YORK – A U.S. senator is calling for a federal investigation into an outdoor advertising company's latest effort to target billboard ads to specific consumers.

"A personal cell phone should be just that, personal,” Schumer said at a news conference Sunday in Times Square, where the company operates billboards. "It shouldn't be used as a James Bond-like tracking device for corporations — especially without permission. This is like out of a scary movie."

But Clear Channel, which operates more than 675,000 billboards throughout the world, argues that characterization of its program is inaccurate, insisting it only uses anonymous data collected by other companies.

In a statement, Clear Channel spokesman Jason King said the RADAR program is based on a years-old advertising technique that "uses only aggregated and anonymized information" from other companies that certify they're following consumer protection standards.

King also provided The Associated Press a copy of a letter it sent earlier this year to another lawmaker who has similarly raised concerns about the ad service and consumer protections.

The company "does not receive or collect personally identifiable information about consumers for use in Radar," CEO Scott Wells wrote in a March letter to Sen. Al Franken, D-Minn. "It's not necessary for the insights we are offering our advertising customers."

The ad program is a partnership between Clear Channel and other companies, including AT&T and technology companies that collects location data from smartphone apps, company officials have said.

In a video on its website, the company says it "measures consumers' real-world travel patterns and behaviors as they move through their day, analyzing data on direction of travel, billboard viewability, and visits to specific destinations." That information, the company says, is then mapped against Clear Channel's displays, which would allow advertisers to buy ads in places that would "reach specific behavioral audience segments."

But an investigation into the company is necessary because most people don't realize their location data is being mined, even if they agreed to it at some point by accepting the terms of service of an app that later sells their location information, Schumer said.

The Federal Trade Commission did not immediately respond requests for comment.