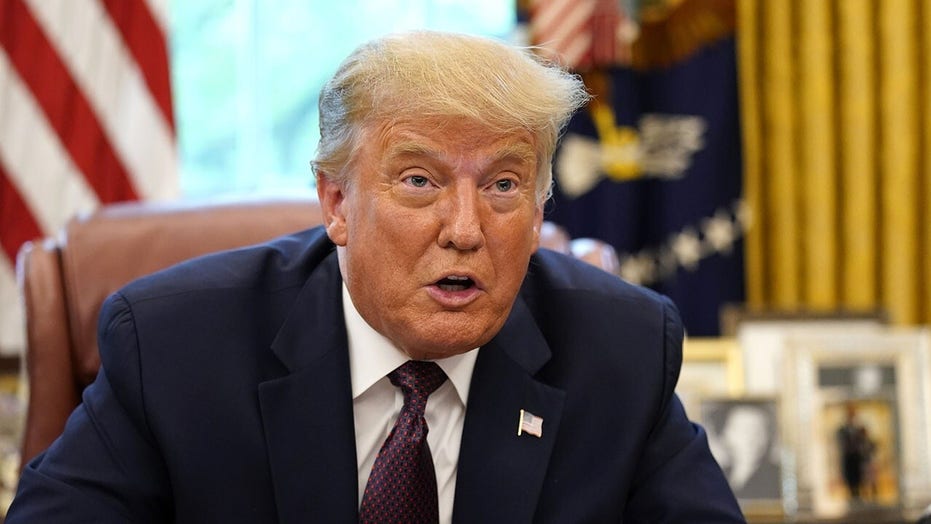 Lawmakers approved a temporary spending bill on Wednesday to stave off the threat of a government shutdown until after the presidential election, and President Trump quickly followed up with his signature.

The short-term bill will fund the government through Dec. 11.

U.S. Treasury Secretary Steven Mnuchin told FOX Business during an interview on Wednesday that the measure had "broad, bipartisan support," and the administration would have discussions about future funding after the November election.

The bipartisan agreement, which passed the House of Representatives last week, is the result of discussions between House Speaker Nancy Pelosi, D-Calif., and Mnuchin.

The bill includes key priorities for both parties, including support for the Commodity Credit Corp., which was established in the 1930s to protect farm income and prices. It does, however, contain limits sought by Democrats to disallow some payments to the fossil fuel industry.

In order for the government to remain funded past Dec. 11, lawmakers either need to approve another continuing resolution, or reach an agreement on 12 appropriation bills for fiscal 2021.

However, approvals could potentially be required during a lame-duck session and a transition between administrations, which means lawmakers may face a renewed government shutdown threat before the start of a new Congress.

Agreement on a temporary funding bill comes amid partisan division on a number of other key issues, including the possibility of another round of federal coronavirus relief, as well as President Trump’s nominee to fill the vacant seat on the U.S. Supreme Court.

Congressional Democrats on Wednesday delayed voting on a $2.2 trillion coronavirus aid bill, as confirmed cases begin to rise in some states. The Democrats said they were waiting for the outcome of bipartisan talks with the White House.

The House ultimately voted only on the procedural measures for the bill to give Pelosi and Treasury Secretary Steven Mnuchin one more day to carve out a deal. Final passage could come as soon as Thursday.

“Today, Secretary Mnuchin and I had an extensive conversation and we found areas where we are seeking further clarification," Pelosi said in a statement earlier Wednesday. "Our conversations will continue."