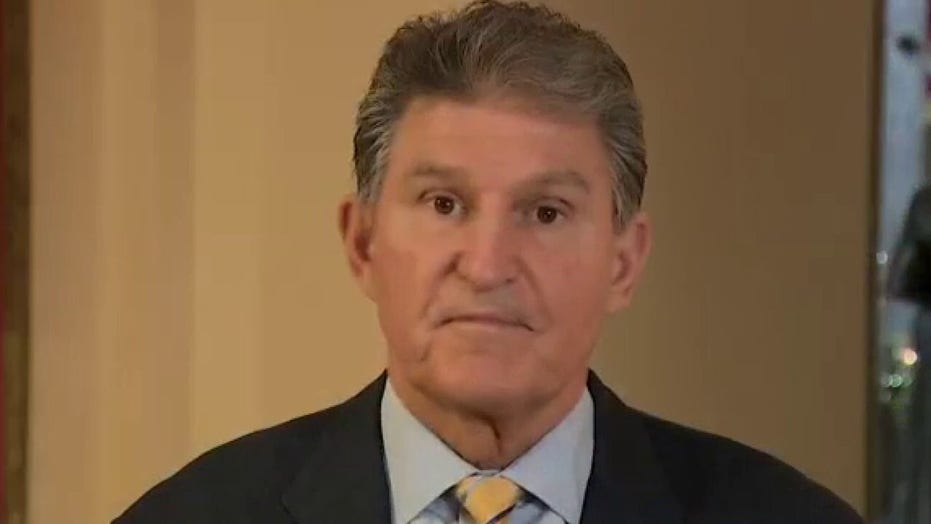 Sen. Manchin: We have to get money to people who are losing paychecks

The Senate passed the legislation in a 90-8 vote earlier Wednesday.

Senate Majority Leader Mitch McConnell, R-Ky., had criticized the legislation negotiated by House Speaker Nancy Pelosi, D-Calif., and Treasury Secretary Steven Mnuchin as having "real shortcomings", but urged his members to "gag and vote for it anyway" to show bipartisan cooperation during the global pandemic.

"This is a time for urgent bipartisan action, and in this case, I do not believe we should let perfection be the enemy of something that will help even a subset of workers," McConnell said Wednesday morning in announcing he'd vote for the House legislation.

Two senators were absent – Sen. Cory Gardner, R-Colo., and Sen. Rick Scott, R-Fla. — because of self-quarantining after exposure to people who tested positive for coronavirus.

The eight senators voting no were all Republicans: Sens. Marsha Blackburn of Tennessee, James Inhofe of Oklahoma, Ron Johnson of Wisconsin, James Lankford of Oklahoma, Mike Lee of Utah, Rand Paul of Kentucky, Ben Sasse of Nebraska and Tim Scott of South Carolina.

Critics said the mandate on small businesses to provide paid sick leave to workers was too much of a hardship when businesses are short on cash and can't wait for a federal tax credit reimbursement.

“Small businesses in my state are closed,” Lankford said after the vote. “…Many small businesses are really struggling with how they're going to pay for this when they have no income coming in right now. They are hearing the promise of a federal reimbursement coming to them, but they don't know when that's coming and they're literally teetering on the edge right now. And they're [saying]: 'Please don't do something that pushes us over the edge.'”

WHAT'S IN THE CORONAVIRUS BILL BEFORE CONGRESS

Next up, the Senate and White House have been moving quickly to draft a third round of stimulus legislation that could infuse about $1 trillion into the U.S. economy that has been rattled by school shutdowns, business closures and steep declines in the travel and tourism industry as many Americans are stuck home.

McConnell signaled Wednesday that Senate Republicans were close to an agreement on the next round of legislation that would help businesses, American workers, health-care professionals and others hard hit by the public health emergency.

"This will be needed to respond to the crisis," McConnell said before the Senate adjourned for the evening. "The Senate's going to stay around until we finish the bill and send it over to the House. I recommend senators stay close while we don't know exactly how long it will take to get this done, everyone knows that we need to do it as quickly as possible because the situation demands it."

The House and Senate already passed a bipartisan $8.3 billion package to prop up the health-care system to prepare for the influx of sick Americans. The second response bill that was signed into law Wednesday aims to bring relief to workers who lost their jobs and families at home for illnesses, quarantines or caring for kids whose schools have shuttered.

The legislation first passed the House early Saturday morning with broad bipartisan support in a 363-40 vote. The legislation moved so hastily, bypassing the normal review processes, that the House had to make corrections to the bill language Monday.

Earlier Wednesday, the Senate defeated amendments to the House legislation that were offered by Paul, Sen. Ron Johnson, R-Wis., and a third by Sen. Patty Murray, D-Wash., and Kirsten Gillibrand, D-N.Y.

Now, all eyes turn to the third round of stimulus that could infuse Americans' bank accounts with direct cash payments, an idea pushed by the far left and the White House.

The Trump administration has been seeking $250 billion in payments to Americans starting April 6, followed by another $250 billion cash payment round beginning May 18, according to the working draft of the plan obtained by Fox Business.

The two payments to taxpayers would be identical and the amounts would vary by family income and size, according to the Treasury Department document on the "Stage Three" coronavirus proposal.

The Trump proposal would provide $50 billion for lending to the airline industry and another $150 billion to "other severely distressed sectors of the U.S. economy" through secured lending or loan guarantees.

The Trump administration also signaled it wanted $300 billion to help small businesses, which have suffered under social isolation and various cities banning dine-in services at bars and restaurants in an effort to prevent the spread of the COVID-19.

The details of the plan are fast-moving and in flux. But McConnell pledged the Senate won't recess until another round of stimulus is passed. 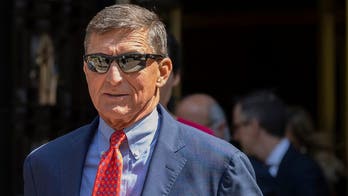