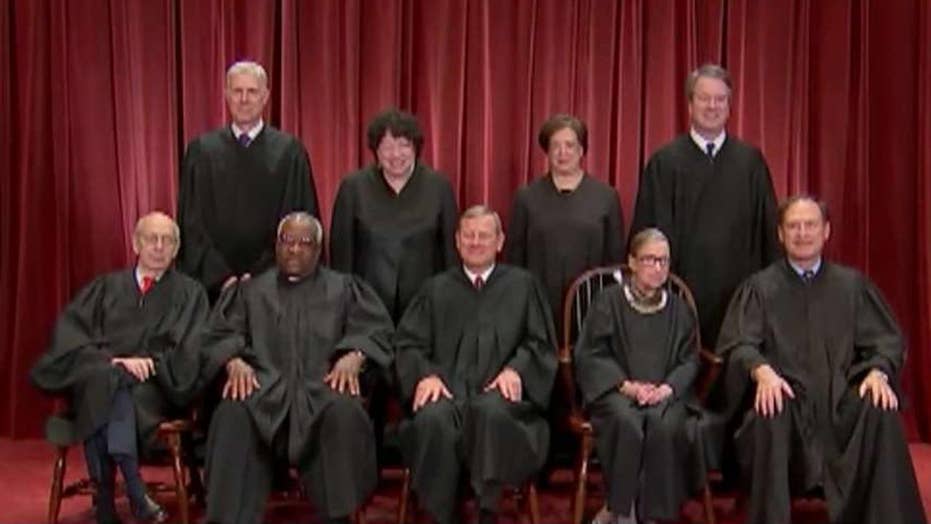 David Spunt examines the political and practical obstacles to changing the number of justices on the Supreme Court.

Several high-profile Senate Democrats warned the Supreme Court in pointed terms this week that it could face a fundamental restructuring if justices do not take steps to "heal" the court in the near future.

The ominous and unusual warning was delivered as part of a brief filed Monday in a case related to a New York City gun law. Sens. Sheldon Whitehouse, D-R.I., Richard Blumenthal, D-Conn., Mazie Hirono, D-Hawaii, Richard Durbin, D-Ill., and Kirsten Gillibrand, D-N.Y., referenced rulings by the court's conservative majority in claiming it is suffering from some sort of affliction which must be remedied.

BIDEN CALLED COURT PACKING A 'BONEHEAD IDEA' DURING A 1983 HEARING

"The Supreme Court is not well. And the people know it," the brief said. "Perhaps the Court can heal itself before the public demands it be 'restructured in order to reduce the influence of politics.'"

The last part was quoting language from a Quinnipiac University poll, in which 51 percent favored such restructuring. In the same poll, 55 percent believed the Supreme Court was "motivated by politics" more than by the law. 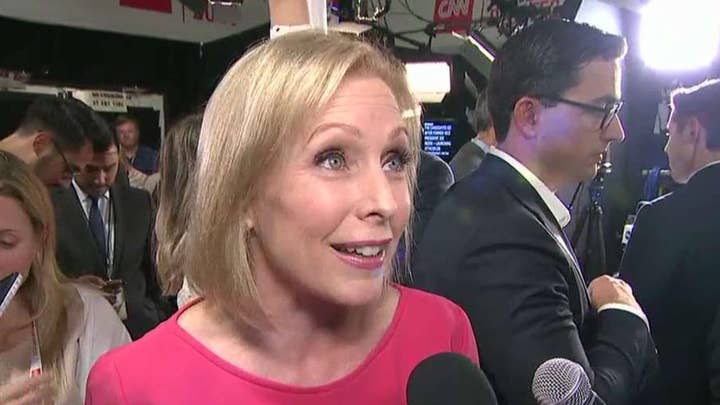 Dramatic changes to the Supreme Court have been proposed by several Democrats vying for their party's 2020 presidential nomination, with "court-packing" being a common -- though highly controversial -- suggestion. Increasing the number of justices on the court would allow the president to shift the balance on the bench by loading up justices of his or her preference.

Democratic candidates, including former Rep. Beto O’Rourke of Texas, and Sens. Cory Booker of New Jersey, Elizabeth Warren of Massachusetts, Kamala Harris of California, and Gillibrand, all have signaled an openness to expanding the number of judges on the court should they reach the White House.

South Bend, Ind., Mayor Pete Buttigieg has also supported expanding the court, proposing a plan to have some justices appointed by the president and others selected by the other justices in order to "depoliticize" the court. He's admitted that the only way he can think of to make this work would be to increase the size of the court from nine justices to 15, while stressing that simply "adding more justices onto the court who agree with you" would be a bad idea.

Yet other candidates such as former Vice President Joe Biden have come out against court-packing, as has Bernie Sanders, though the Vermont senator has suggested rotating judges to other courts.

Liberal Justice Ruth Bader Ginsburg has also spoken out against court-packing, telling NPR in July, "Nine seems to be a good number." 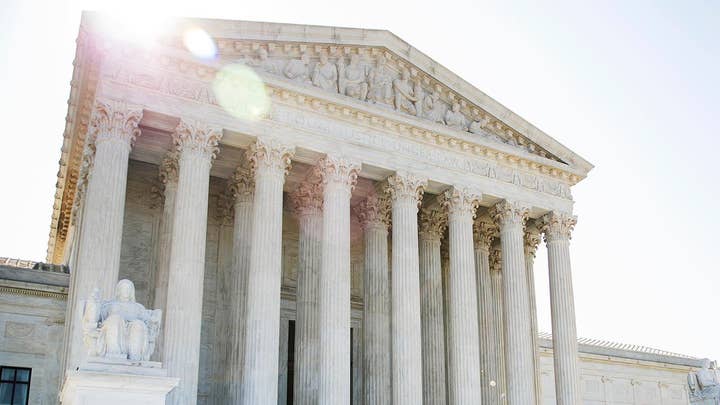 The Democratic senators' brief was filed in the case of New York State Rifle & Pistol Association, Inc. v. City of New York, which dealt with legal limitations on where gun owners could transport their licensed, locked, and unloaded firearms. They are urging the court to stay out of the case brought by the NRA-backed group, claiming that because the city recently changed the law to ease restrictions, the push to the Supreme Court is part of an "industrial-strength influence campaign" to get the conservative majority to rule in favor of gun owners.

If the court still decides to hear the case, a ruling against New York City could prevent other cities and states from passing similar gun control laws.

Conservatives currently outnumber liberals on the Supreme Court 5-4, but the past year featured a multitude of cases where conservatives -- including President Trump's picks Neil Gorsuch and Brett Kavanaugh -- sided with the liberal bloc.