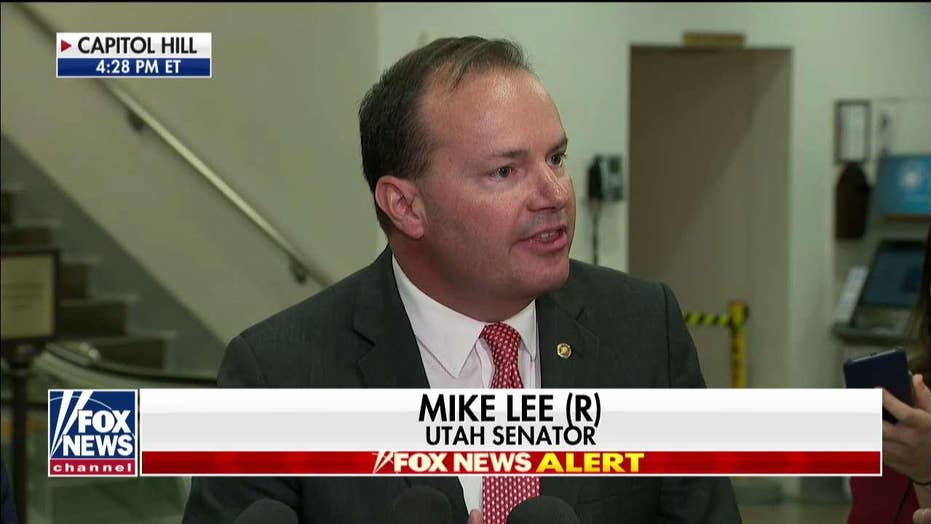 Utah Republican Sen. Mike Lee declared in a heated press conference Wednesday afternoon that national security officials had just delivered the "worst military briefing" he had ever seen on Capitol Hill, even claiming that one official had warned during the "lame" and "insane" meeting that Congress shouldn't debate whether additional military action against Iran would be appropriate.

Democrats piled on, with Virginia Democratic Rep. Gerald E. Connolly calling the briefing "sophomoric and utterly unconvincing." Minnesota Democratic Rep. Ilhan Omar, for her part, asserted that she has been "stricken with PTSD" due to recent developments and condemned President Trump's new sanctions against Iran as "economic warfare." (Omar and her family fled war-torn Somalia and spent years in a refugee camp. She also openly supports sanctions against Israel.)

Rep. Jim Banks, R-Ind., called Omar's comments "a disgrace and offensive to our nation’s veterans who really do have PTSD," prompting Omar to respond, "I survived war as a child and deal with post-traumatic stress disorder—much like many who have served or lived through war. It’s shameful that you as a member of Congress would erase the PTSD of survivors."

Amid the melee, Lee made clear that his response was directed primarily at the classified briefing for lawmakers on the Iran situation and not the White House's Iran policy generally. But, he said, the slapdash sit-down would have consequences.

"I want to state at the outset: I support President Trump," Lee began, telling reporters that he appreciated the administration's efforts to keep the U.S. out of war. "The briefing lasted only 75 minutes, whereupon our briefers left. This, however, is not the biggest problem I have with the briefing, which I would add was probably the worst briefing I've seen at least on a military issue in the nine years I've served in the United States Senate."

"I find this insulting and demeaning to the Constitution of the United States."

Lee said he would support a War Powers resolution introduced by Virginia Democratic Sen. Tim Kaine to curb Trump's authority to take unilateral military action. The briefing, Lee made clear, "is what changed my mind." Republican leadership aides, though, have told Fox News that the War Powers resolution is "unserious" and has no chance of becoming law.

Lee emphasized that it was "distressing" that a briefer told Congress not to "debate" or "discuss" further military intervention in Iran because it would "embolden" Iran.

"I find this insulting and demeaning to the Constitution of the United States," Lee said. "It's un-American. It's unconstitutional. And it's wrong. ... They are appearing before a coordinate branch of government responsible for their funding, for their confirmation, for any approval of any military action they might take. They had to leave after 75 minutes while they were in the process of telling us that we need to be good little boys and girls and not debate this in public. I find that to be absolutely insane."

Lee also said that briefers had refused to delve into "sensitive" information, even though the briefing was conducted in a secure enclave on Capitol Hill. And, Lee said briefers had suggested that they could easily think up a justification to attack Iran if needed.

Speaking after Lee, Kentucky GOP Sen. Rand Paul added that he would also support Kaine's resolution, even as he praised Trump's instincts to keep the country out of war as "good."

TRUMP: IRAN WAS ABLE TO PAY FOR THOSE MISSILES WITH MONEY RELEASED BY OBAMA

According to Esper and Milley, a total of 16 missiles were fired from three locations in Iran, with four missiles failing in flight. The missiles were intended to kill U.S. troops based on the targets that were hit, but ultimately the U.S. Early Warning System helped prevent any casualties, they told reporters.

The system, initially set up during the Cold War, is a network of satellites and radars that can detect imminent launches and track missiles in flight.

Milley, speaking to reporters, attributed the lack of casualties to “a little bit of early warning,” and “normal defensive procedures” at al-Asad Air Base in Iraq, which was hit by 11 ballistic missiles. Asked to be more specific, Milley replied, “In my estimation from what I know now, I think it has more to do with the defensive techniques that our forces used as opposed to intent.”

This satellite image provided on Wednesday, Jan. 8, 2020, by Middlebury Institute of International Studies and Planet Labs Inc. shows the damage caused from an Iranian missile strike at the Ain al-Asad air base in Iraq. Iran's actions were in response to the U.S. killing of Revolutionary Guard Gen. Qassem Soleimani. (Planet Labs Inc./Middlebury Institute of International Studies via AP)

Milley added that 1,000- to 2,000-pound warheads were sitting on top of the Iranian missiles fired into Iraq. “We took sufficient defensive measures,” he said.

Other Republican lawmakers had a more positive reaction to the sit-down, with North Carolina GOP Rep. Mark Meadows praising the "compelling" presentation and saying it was the "strongest and most decisive briefing that has ever been conducted in that classified setting."

"It leaves little doubt in my mind and certainly should leave little doubt in any member’s mind that not only did the president make the right call, but that this was a clear and present danger for American interests and American individuals,” Meadows told reporters.

This satellite image provided on Wednesday, Jan. 8, 2020, by Middlebury Institute of International Studies and Planet Labs Inc. shows the damage caused from an Iranian missile strike at the Ain al-Asad air base in Iraq. Iran's actions were in response to the U.S. killing of Revolutionary Guard Gen. Qassem Soleimani. (Planet Labs Inc./Middlebury Institute of International Studies via AP)

Washington Democratic Rep. Pramila Jayapal, however, accused the administration of an illegal killing. She did not discuss Soleimani's own role in scores of attacks and killings in the region, including successful efforts to target U.S. troops.

"President Trump recklessly assassinated Qasem Soleimani," Jayapal said. "He had no evidence of an imminent threat or attack."

Late Wednesday, the House Rules Committee was considering the War Powers resolution offered by Democrats. It would have prohibited Soleimani's killing without Congress' approval, and requires the president to consult with Congress ‘in every possible instance” before introducing United States Armed Forces into hostilities."

The resolution also states that  “Congress has not authorized the President to use military force against Iran.”

The measure further “directs the President to terminate the use of United States Armed Forces to engage in hostilities in or against Iran or any part of its government or military” unless there is a specific blessing by Congress.

But, Republican leadership aides tell Fox the resolution is “toothless" and has no chance of becoming law, noting that it was “not a joint resolution" but instead was a "concurrent resolution." 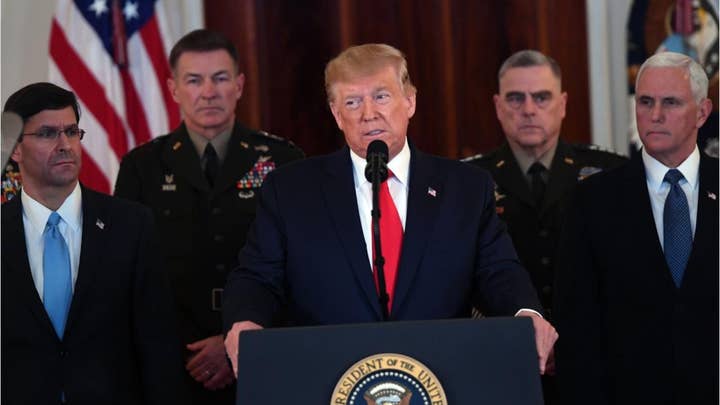 "This concurrent resolution would not even go to the President for signature if it passed the House and Senate," a GOP leadership aide told Fox News. "Concurrent resolutions are usually used for authorizing use of the rotunda or basic functions of the Capitol like that. They also do not have the opportunity for the minority to issue a motion to recommit.”

Republican aides are suggesting the reason Democrats may have gone with a milder measure is because they didn’t want to allow Republicans to offer what is known as a "motion to recommit." That is essentially the final step the minority party in the House has to stop or amend a bill before final passage.