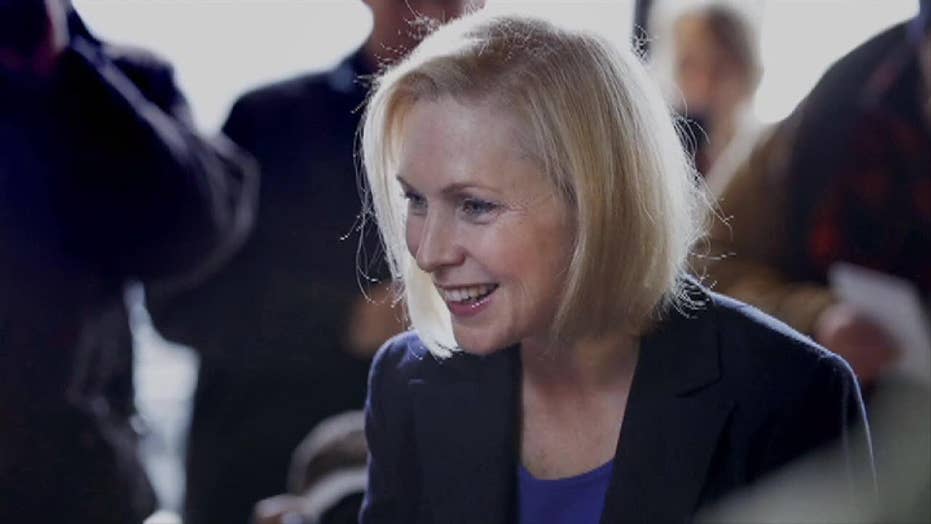 During a televised town hall on Monday night, Gillibrand was asked by MSNBC host Chris Hayes about her role in Franken’s resignation as well as the sexual harassment controversy that took place on her own staff.

Gillibrand first responded by saying that society must  “value women” and mentioned a bill she co-sponsored with Sen. Ted Cruz, R-Tex, on how Congress handles sexual harassment.

Earlier this month, it was reported that a former female staffer of Gillibrand's resigned over her office's mishandling of misconduct allegations against a male colleague. Gillibrand insisted at the town hall that the female staffer was "believed" and the allegations were "fully investigated." She concluded the actions of the male staffer "didn't rise to sexual harassment" but that he was "punished" for making derogatory comments.

WHO IS KIRSTEN GILLIBRAND? 5 THINGS TO KNOW ABOUT THE NEW YORK SENATOR AND 2020 CANDIDATE

She then addressed Franken, which she referred to as a “hard issue for so many Democrats.”

“The truth is we miss him and people loved him, but he had eight credible allegations against him of sexual harassment for groping, two of them since he was a senator and the eighth one was a congressional staffer. And I had a choice to make whether to stay silent or not, whether to say, ‘That’s not OK with me,’ and I decided to say that,” the New York senator said. “Now, Senator Franken was entitled to whatever type of review or process he wanted. He could have stuck it out, stayed in the Senate, gone through his ethics committee investigation for as long as he wants for ever how many months, he could have sued all of the eight women, those were his choices. But I had to make my choice.”

The 2020 candidate also went into detail about the “upsetting” conversations she would have with her son about Franken.