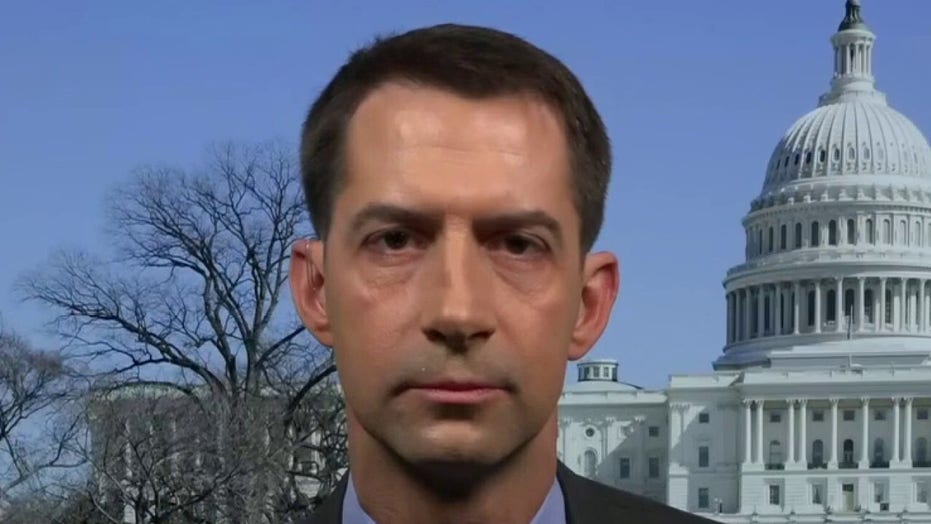 US needs to reevaluate its relationship with China after coronavirus, Sen. Cotton says

Citing Chinese threats to disrupt the supply of pharmaceutical products the communist nation exports to the United States and plunge America into "the mighty sea of coronavirus," Sen. Tom Cotton, R-Ark., and Rep Mike Gallagher, R-Wis., introduced a bill Wednesday to cut U.S. reliance on pharmaceutical products coming from China.

"The Chinese Communist Party threatened to cut off America’s access to vital drugs in the midst of a pandemic caused by its own failures," Cotton said in a statement announcing the bill. "It’s time to pull America’s supply chains for life-saving medicine out of China and make the CCP pay for contributing to this global emergency."

A release announcing the bill says it would task an FDA registry with tracking drug ingredients, ban the federal government from buying drugs with a supply chain that originates in China, require drugs to be labeled with the name of the country where they came from and provide benefits to manufacturers who make their drugs or medical equipment in the U.S. The bill would go into effect in 2022.

"The Chinese Communist Party’s outrageous threats to withhold lifesaving drugs from the U.S. endangers public health and should open our eyes to our dangerous over-reliance on China in our medical supply chain,” Gallagher said. “This is a national security imperative that to many Americans, is a matter of life and death. It’s past time for us to develop an aggressive plan to move critical pharmaceutical supply chains away from China."

Cotton and Gallagher aren't the first members of Congress to introduce a bill aimed at bolstering the independence of America's medical supply chain. Sen. Marsha Blackburn, R-Tenn., introduced such a bill alongside Sen. Bob Menendez, D-N.J. And Sen. Josh Hawley, R-Mo., introduced his own version.

But the Cotton and Gallagher bill comes as tensions between the U.S. and China have reached a fever pitch with leaders from both nations assigning blame for the coronavirus pandemic -- which originated in Wuhan, China and according to a study could have been reduced by 95 percent had Chinese authorities intervened just three weeks earlier -- to the other.

President Trump tweeted four times about the "Chinese Virus" Wednesday while also doubling down on the terminology when asked whether it was racist during a press conference.

The White House later responded to the line of questioning, which was repeated by multiple reporters, by citing a number of other diseases named after where they originated.

"Spanish Flu. West Nile Virus. Zika. Ebola. All named for places," the White House tweeted. "Before the media’s fake outrage, even CNN called it 'Chinese Coronavirus.' Those trying to divide us must stop rooting for America to fail and give Americans real info they need to get through the crisis."

This came after a move by China Tuesday to continue its propaganda war over the coronavirus by kicking out a subset of journalists from The New York Times, The Wall Street Journal and The Washington Post whose press credentials would expire before the end of this year.

"The Chinese Communist Party's decision to expel journalists from China and Hong Kong is yet another step toward depriving the Chinese people and the World of access to true information about China," the White House's National Security Council tweeted Tuesday in response to the decision.