Foreign affairs analyst and author Gordon Chang on significance of satellite images that show North Korea expanding a missile plant despite pledge to work to get rid of its nuclear weapons.

Secretary of State Mike Pompeo will depart for his third trip to North Korea on July 5, the White House announced Monday.

Pompeo will visit Pyongyang for two days before heading to Tokyo  to meet with South Korean and Japanese officials, according to State Department spokesperson Heather Nauert.

Sanders pointed to a meeting over the weekend between Sung Kim, the U.S. ambassador to the Philippines, and North Korean officials in the demilitarized zone.

"Ambassador Kim had a meeting just yesterday with members of the North Korean delegation, and Secretary Pompeo will be headed to North Korea later this week," she said. 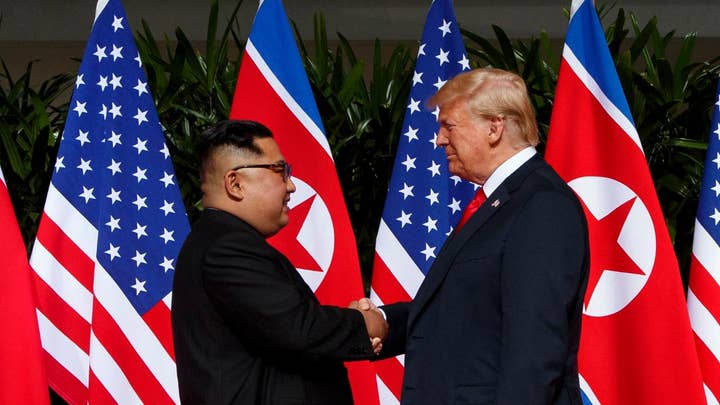 Pompeo last visited Pyongyang in May ahead of the Trump-Kim summit and traveled there secretly in early April while he was director of the CIA.

The planned visit comes amid reports that North Korea has been secretly expanding a major missile plant, potentially suggesting that the country doesn't plan to fully divest itself of its nuclear ambitions.

"In the last eight months, you haven't seen missile launches, you haven't seen nuclear detonations," Sanders added. "Again, these conversations are continuing to evolve -- I'm not going to get into the details, but I can tell you that progress continues to be made."

After leaving Tokyo, Pompeo will then make brief visits to Hanoi and Abu Dhabi before arriving in Brussels on July 10 for the NATO Summit.

Pompeo and President Trump are expected to discuss "burden sharing" and "defense spending" at the summit, Nauert said.