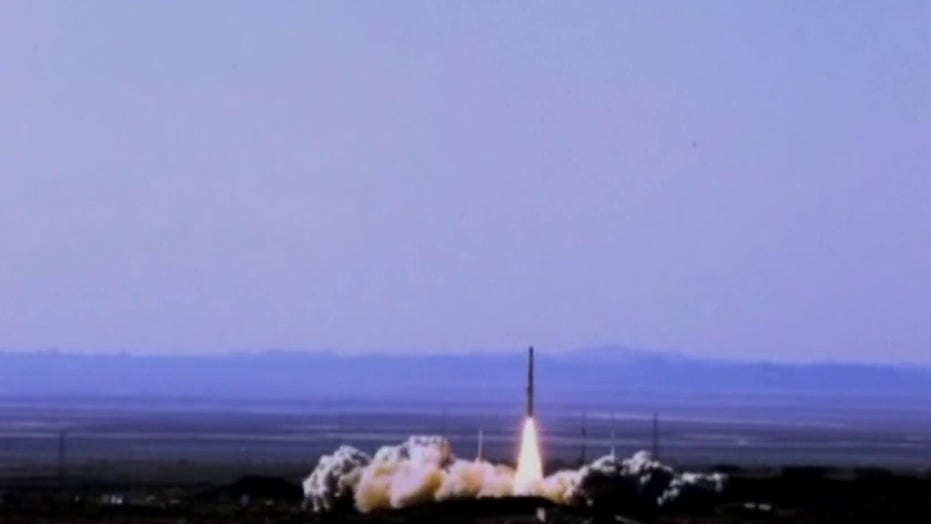 Blinken warns Iran may be just 'weeks away' from nuclear weapon

Secretary of State Antony Blinken left some Mexicans baffled on Friday after displaying the Mexican flag upside down during a virtual meeting with Mexican Foreign Secretary Marcelo Ebrard.

Blinken posted a picture of himself seated at a desk in front of the American and Mexican flags ahead of his meeting with Ebrard.

"Great to be 'in' Mexico! The U.S.-Mexico relationship impacts the daily lives of citizens of both countries," the secretary of state wrote on Twitter. "Today I’m discussing our commitment to working with Mexico on COVID-19, promoting trade and investment, and implementing a comprehensive approach to regional migration."

Unfortunately, a detail was off with the virtual visit that left online observers baffled — the Mexican flag was flying upside-down. The head of the eagle borne on the Mexican flag is supposed to face upward — the opposite of how the flag was positioned behind Blinken.

Mexican journalists were quick to point out the error, with some expressing confusion about why the flag was improperly displayed.

"With the flag of Mexico upside-down, Secretary of State [Blinken] began a virtual visit to the country," observed journalist Ariel Moutsatsos.

"Biden's secretary of state appears before the Republic of Mexico with the Mexican flag upside down," wrote Leonardo Toledo. "It's a sign, monseur Blinken, a sign."

"What happened there? The Secretary of State of the United States, Antony Blinken, began his 'virtual visit' in which he spoke with Chancellor [Marcelo Ebrard]," asked the publication Periódico Síntesis asked. "But why is the Mexican flag upside down?"

"The flag of Mexico is flipped upside-down, not the other way around," wrote journalist Leo Agusto, questioning if there was a "coded message" in the upside-down flag.

"The Dept. of State of the US turned the Mexican flag upside down for Secretary Blinken's videoconference with Chancellor Marcelo Embrard," wrote journalist Javier Garza Ramos. "In navigation, raising an upside-down flag is an emergency call to signal extreme danger. There must be a reason."

The State Department didn't immediately return a request for comment on the upside-down flag.