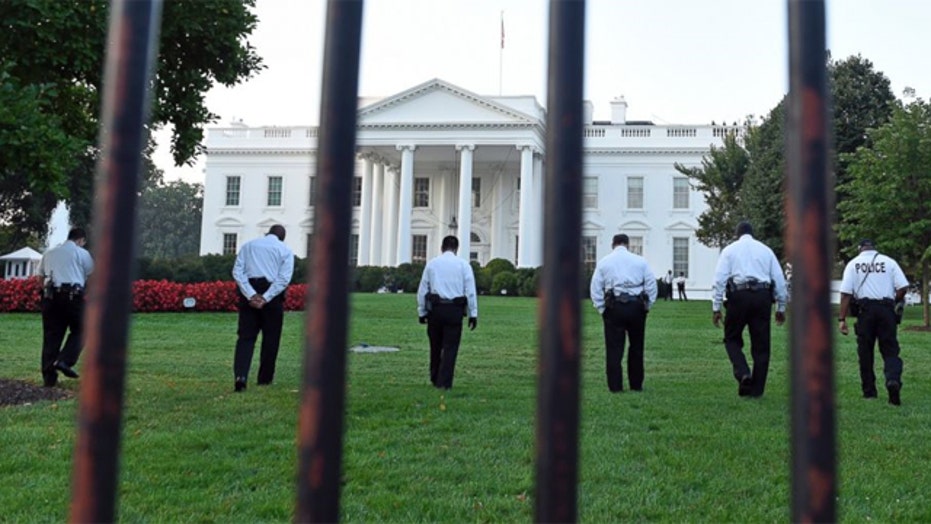 The Secret Service is considering a number of proposals designed to prevent intruders from breaching the security perimeter around the White House, after a man who allegedly was carrying a weapon was able to enter the building on Friday before being apprehended.

The Associated Press first reported that agency officials have had preliminary discussions about setting up checkpoints in public areas around the executive mansion. A law enforcement official told the AP that such a measure previously has been discussed. However, the issue has taken on added urgency after a Texas man allegedly carrying a knife jumped the perimeter fence Friday evening and made it inside the North Portico doors.

A federal law enforcement official told Fox News that the discussion of potentially additional checkpoints are preliminary, and many details would still have to be worked out considering how many other law enforcement agencies have jurisdiction in the areas surrounding the White House.

The official said the Secret Service is open to anything to improve security at the White House, though no changes are imminent.

The Washington Post also reported that security checkpoints could be implemented as far as a block away from the White House entrance. The paper reported that the Secret Service is also considering keeping people off the sidewalks around the perimeter fence and creating additional barriers. According to the Post, any plans to alter the security arrangements would have to be reviewed by multiple agencies as well as the Obama administration because the National Park Service owns much of the property around the White House.

Secret Service Director Julia Pierson ordered  increased surveillance and more officer patrols after 42-year-old Omar Gonzalez, of Copperas Cove, Texas, climbed the fence, ran across the lawn and entered the building before agents stopped him. The First Family had departed for Camp David earlier in the evening.

The breach triggered a rare evacuation of much of the White House. Secret Service agents drew their weapons as they hurried White House staffers and journalists out of the West Wing through a side door.

Gonzalez is scheduled to have his initial appearance Monday in federal court on charges of unlawfully entering a restricted building or grounds while carrying a deadly or dangerous weapon.

Less than 24 hours after Gonzalez's arrest, a second man was apprehended after he drove up to a White House gate and refused to leave, Secret Service spokesman Ed Donovan said, prompting bomb technicians in full gear to search the vehicle as agents briefly shut down nearby streets. On Sunday, Secret Service spokesman Brian Leary identified the man as Kevin Carr, 19, of Shamong, New Jersey.

There were no indications the two incidents were connected.

Fox News' Wes Barrett and The Associated Press contributed to this report.