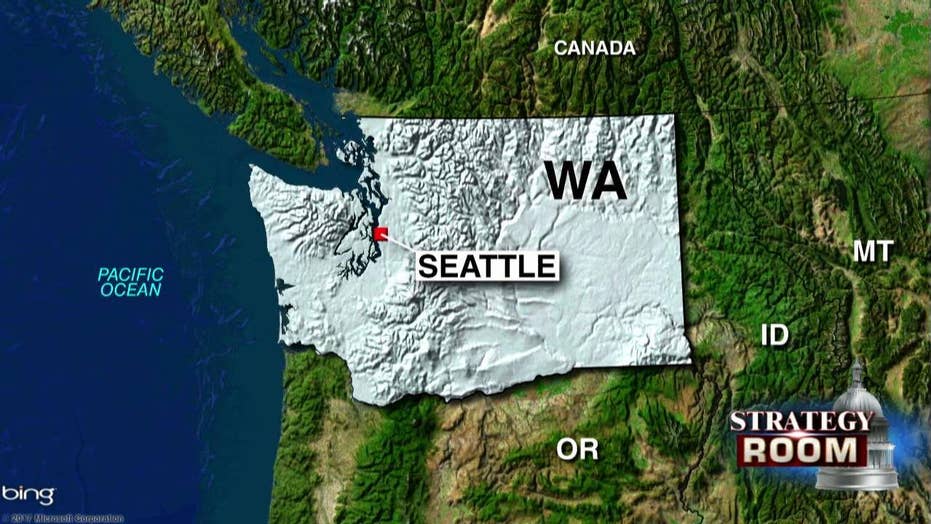 Strategy Room: Ellen Ratner and Matt Keelen discuss Seattle's latest controversial program to hand out $100 dollars worth of 'democracy vouchers' to each voter to give to political campaigns within the state

Seattle politicians have it figured out: The city is now giving taxpayers their own money back, on the condition they "donate" that cash back to political candidates.

The new program, which was funded by a property tax hike and approved at the ballot box in 2015, launched this week. More than a half-million registered voters in Seattle will receive $100 worth of taxpayer-financed “democracy vouchers” that can be used to contribute to a political candidate of their choosing.

The catch: That money has to be used in this way, or it goes back into the same government program.

The city described the first-in-the-nation program as a way “to encourage more Seattle residents to donate to campaigns and/or run for elected positions themselves.” Each registered voter will get four $25 vouchers to distribute as they see fit.

But critics say the tax base really is just being exploited to fund campaigns.

“The tax system is being used to force people to contribute to candidates whom they likely would never contribute to on their own. It is constitutional, but these public financing efforts are never popular,” John Samples, a campaign finance expert with the Cato Institute, told FoxNews.com.

The program is funded by a property tax increase worth $30 million over 10 years — an estimated $11.50 per year for the average homeowner, according to the city. Wayne Barnett, executive director of the Seattle Ethics and Elections Commission, says it has a budget of $3 million annually for the next 10 years.

While the vouchers are being mailed out, no candidates yet have qualified to get the money.

“No candidates have qualified yet, but it is still early in the process,” said Barnett, who is responsible for administering and auditing issuance of the “democracy vouchers.”

City candidates are potentially eligible, but must agree to spending limits and must get 400 donations on their own of $10 each.

The voucher measure originally was approved with 60 percent of the vote in 2015. But the success in Seattle could not be repeated statewide.

Last November, Washington state voters rejected a similar effort -- even though, according to Ballotpedia, more than $4 million was spent in support of the initiative, far more than was spent by the opposing side.

Robert Mahon, a lawyer with Perkins Coie who previously served as chairman of the Seattle Ethics Commission, said he thinks supporters' goal was to expand public financing statewide and then nationally.

Personally, he thinks it's a bad idea.

“It is a complete waste of city resources that seems to be directed at a problem that is not there. We always have competing priorities and resources could be used for more important issues,” he said.

Mahon believes the supporters are well-intentioned but says the city has never faced a lack of competition for candidates and notes the high rate of turnover on the city council.

In addition to getting candidates qualified to receive the vouchers, one of the hitches is that the program costs more than has been allocated. Barnett concedes that is true, but counters that no one ever envisioned full participation in the project.

Barnett told FoxNews.com that Seattle expects to spend $800,000 in 2017 to pay for three administrative staff members and on the hiring of a firm to design software for the vouchers.

That figure does not include the actual voucher redemption, which is estimated to be $3 million for this year’s elections and $4.2 million for 2019 elections, according to Mahon.

He said that for every $100 in redeemed vouchers, taxpayers will be spending a total of $160 with administrative costs factored in.