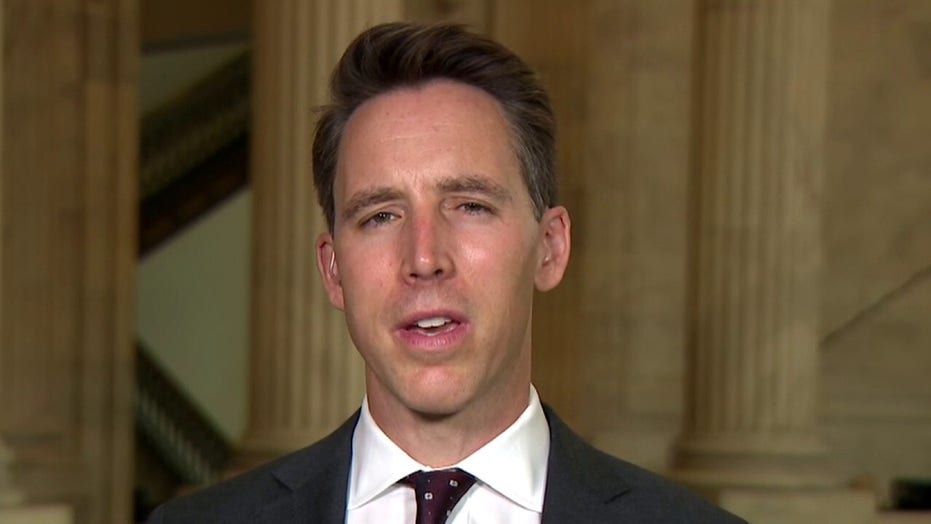 Hawley: Filling SCOTUS vacancy is 'about Republicans keeping their promise'

The vacancy left by the death of Supreme Court Justice Ruth Bader Ginsburg last week could be filled by the end of October -- if not earlier, Sen. Josh Hawley, R-Mo., told “Bill Hemmer Reports" Thursday.

“I think we could [hold a final vote] even faster than Halloween,” Hawley, a member of the Senate Judiciary Committee, told host Bill Hemmer. “That includes a full set of public hearings, as well as a full 30 hours of debate on the Senate floor ... We could do all of that and be ready to vote before the election.”

SUPREME COURT CONFIRMATION WILL BE 'THE SUPER BOWL OF POLITICS': SEN. GRAHAM

Hawley added that he believes it is essential to confirm a ninth Supreme Court justice before Election Day, should the high court need to become involved in voting disputes.

“I hope it does not, but I think it's certainly possible,” he explained. “You look at how close the elections have been the last several cycles -- I mean, really for 20 years now, stretching back to the 2000 election ... So I think you want a complement, a full complement of Supreme Court justices ready to go.”

MEADOWS: THIS IS WHAT DONALD TRUMP IS LOOKING FOR IN A SUPREME COURT PICK

Hawley declined to name a preferred jurist to fill the vacancy, saying only that he hoped the nominee would be a “strong, staunch defender of the Constitution,” who understands that Roe v. Wade was “wrongly decided."

“This president has promised to appoint pro-life justices,” he said. “I think he'll keep his pledge. He has in the past. I think he will now.”

“Above all else,” Hawley concluded, filling the vacancy is about Republicans keeping their promise.

“[Republican senators] said that they would fight to confirm pro-Constitution justices,” he said. “So let's get after it."