Can Trump pull off a surprise victory in Wisconsin one more time?

Former Gov. Scott Walker tells 'Your World' the race in the Badger State is closer than surveys indicate

President Trump has a "fighting chance" to pull off a surprise victory in Wisconsin, repeating his feat of four years ago, former Republican Gov. Scott Walker told "Your World" Friday.

"I think the most reliable public poll is [the] Marquette University Law School poll," Walker told host Neil Cavuto. "That poll had Hillary Clinton up, six days before the [2016] election, by 6 points. That same poll came out this week, and it has Joe Biden up by five points.

"So if I'm the Trump campaign, I'm looking at those numbers, and I say, 'Four years ago, the Democrat was up by six. This time the Democrat is up by five. That means we've got a fighting chance,'" Walker added.

The former governor added that Trump is more competitive in many states than the polls indicate. 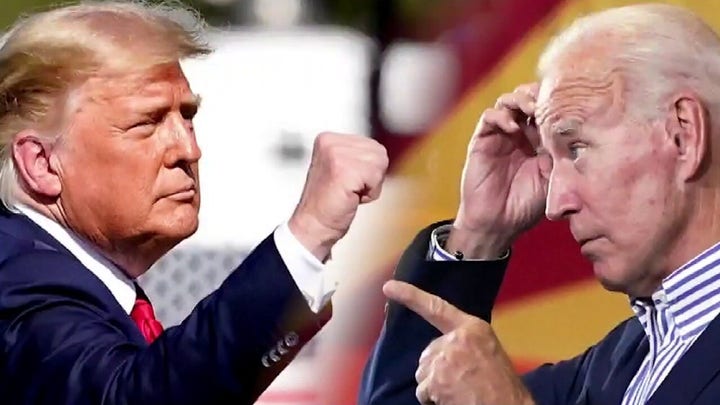 "I think four years later now, with the riots, with the chaos, with all of the pressure and all of the abuse that people get for supporting the president in some places, I think they are even more likely to be underground in terms of talking to pollsters, so I think it is much closer," he said.

In a tweet, Favre said he is voting for "what makes this country great: freedom of speech & religion, 2nd Amendment, hard-working tax-paying citizens, police & military."

"For me & these principles, my vote is for Donald Trump," wrote the 51-year-old nicknamed "The Gunslinger"