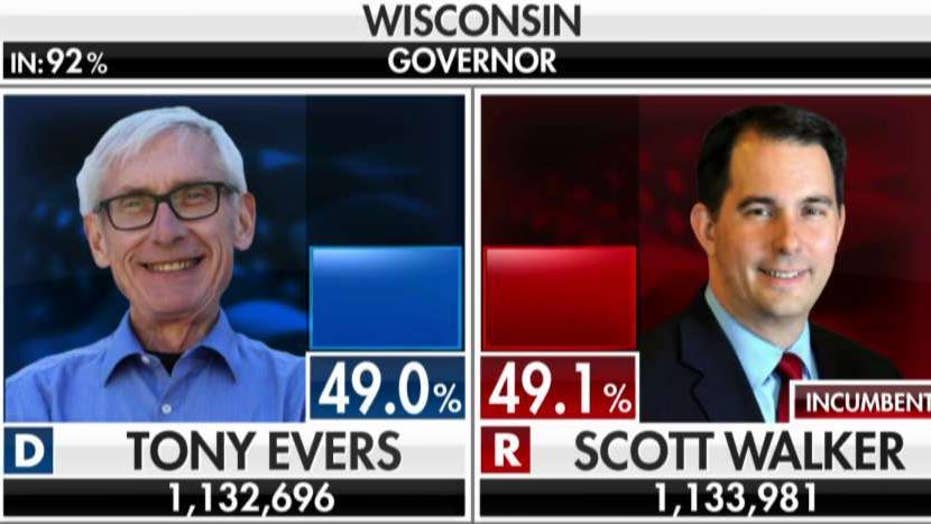 Race for Wisconsin governor too close to call

The Republican incumbent announced his concession in a news release and thanked Evers "for his gracious comments" during a phone call the two shared earlier today.

"I offered my full support of my staff and our cabinet as he begins the transition process," the two-term governor stated.

Despite the AP's projection that Walker lost by just over 1 percentage point to Evers, who earned roughly 29,000 more votes than Walker, he did not initially concede. State law only permits recounts if the losing candidates are within 1 percentage point.

Walker's campaign spokesperson Brian Reisinger previously said their team needed "the official canvass and for military ballots to be counted before any decision can be made."

Walker, who unsuccessfully sought the presidency as a Republican in 2016, went into the race with a strong state economy, a national profile and a streak of three consecutive electoral victories under his belt.

The Wisconsin gubernatorial election was a test as to whether the state — which also has a GOP legislature — is shifting from purple to red for the long haul.

However, in January, a Democrat won a special election for a state Senate seat that the GOP held for 17 years. Then, in April, a liberal judge won a seat on the Wisconsin Supreme Court. This led Walker to warn in a tweet about a “blue wave” fueled by “outside special interest money.”