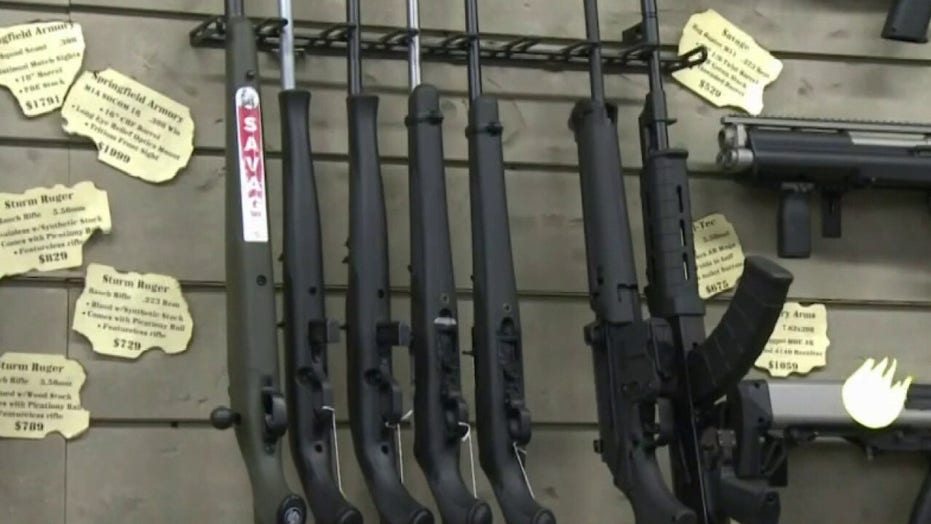 Senate Majority Leader Chuck Schumer, D-N.Y., on Thursday vowed that the Senate would vote on the Bipartisan Background Checks Act of 2021, which passed the House Thursday in a 227-203 vote.

A prior version of the H.R. 8 bill, which would require background checks for all U.S. firearm purchases, passed the House in 2019 but did not receive 60 votes in the Senate to clear the filibuster.

The House also passed H.R. 1446, the Enhanced Background Check Act, by a 219-210 vote Thursday. That bill would extend the amount of time to complete a federal background check before a gun purchase is approved.

"Certainly hundreds of thousands -- maybe millions -- of people walking the streets today because we passed [the 1994 Brady Handgun Violence Prevention Act] would be dead," Schumer, who authored the Brady Act requiring background checks on all U.S. firearm buyers, said during the briefing.

He continued: "But when we passed the law, little did we know, it had some loopholes in it that we didn't know at the time. We didn't know there would be an internet, so we didn't prohibit internet sales without a background check."

Democrats have criticized what they call the "Charleston loophole" after the 2015 Emanuel AME Church massacre in Charleston, South Carolina, which refers to current law that allows federal firearms licensees to proceed with a firearm transfer if a background check is not completed within three business days.

The shooter in the 2015 massacre, a white supremacist named Dylann Roof, obtained a firearm after law enforcement officials did not block the purchase within three days. H.R. 1446 would extend the three-day timeframe to 10 days. If no denial has been given in 10 days, a potential buyer could ask for a final determination. The purchase would be allowed if no decision is made in the following 10 days.

The National Rifle Association Institute for Legislative Action says the three-day window is a necessary "safety valve" and says without it, "the FBI has no incentive to complete checks in a timely manner." Progressive organizations like the Center for American Progress, on the other hand, say it allows unstable Americans to "evade the law and buy guns."

Sen. Chris Murphy, D-Conn., argued that the political landscape has changed since 2019, calling the NRA "a shell of itself" during Thursday's briefing in which fellow Sen. Richard Blumenthal, D-Conn., discussed the 2012 Sandy Hook school shooting that killed 26 people, including 20 children.

The Biden administration on Monday said it "looks forward" to working with Congress to strengthen the federal gun background check system and to implement "commonsense" steps to reduce gun violence, urging the House to pass two measures that would "close existing loopholes" in the system.