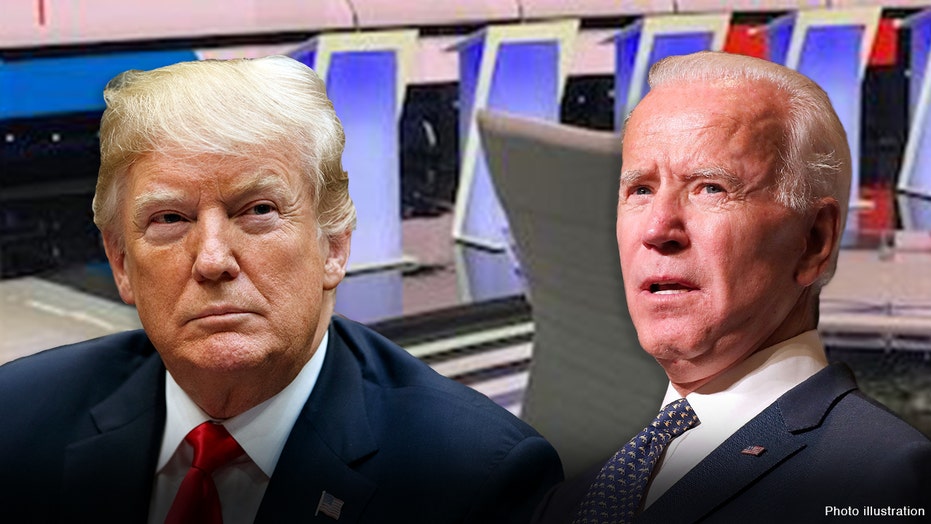 After an unruly first presidential debate between President Trump and former Vice President Joe Biden, Sen. Chuck Schumer, D-N.Y.. suggested a "mute button" would be necessary for another debate to take place.

The Commission on Presidential Debates is already "carefully considering" changes to future debates after Tuesday's clash in Cleveland went off the rails with Trump refusing to let Biden answer questions uninterrupted and Biden resorting to namecalling the commander-in-chief.

An exasperated moderator, Chris Wallace from Fox News, pleaded with Trump several times to follow the rules, but Schumer said the next moderator needs to be equipped with much more.

"Maybe we should give the moderator a mute button, given how President Trump just interrupts at will," Schumer said at a news conference Wednesday at the Capitol. "And the bottom line is Donald Trump doesn't follow the rules [and] the commission has got to get a lot tougher."

Schumer called Trump's debate performance "disgraceful" including his failure to denounce White nationalist groups. In a Senate floor speech earlier Wednesday, he asked his GOP colleagues: "How are you not embarrassed that President Trump represents your party?"

Schumer suggested Trump would be better served by skipping out on the next two debates.

The Commission on Presidential Debates acknowledged the disorder of the first debate and said it wants to provide "additional tools" to salvage the format of the upcoming faceoffs.

“The commission is grateful to Chris Wallace for the professionalism and skill he brought to last night’s debate and intends to ensure that additional tools to maintain order are in place for the remaining debates,” the commission said of the "Fox News Sunday" anchor.

The CPD is sponsoring two more debates for Trump and Biden, one on Oct. 15 in Miami, Fla., and one on Oct. 22 in Nashville, Tenn. A vice presidential debate is set for Oct. 7.

Despite calls from the media for Biden to cancel his future appearances, Biden's campaign said he'd show up for the town hall debate next month.

“Joe Biden is looking forward to the town hall in Miami," Biden Deputy Campaign Manager and Communications Director Kate Bedingfield said in a statement. "He'll be focused on answering questions from the voters there, under whatever set of rules the Commission develops to try to contain Donald Trump's behavior. The president will have to choose between responding to voters about questions for which he has offered no answers in this campaign — or repeating last night's unhinged meltdown.”