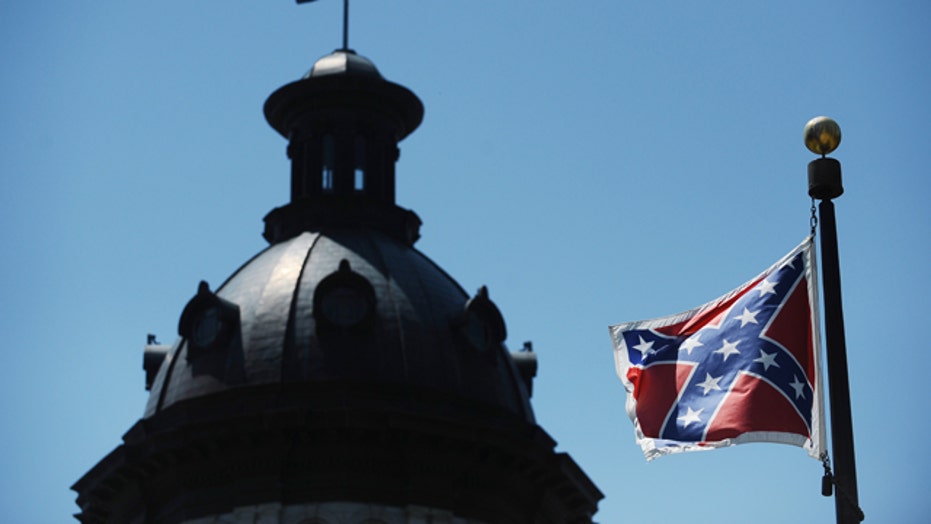 The South Carolina Senate gave final approval Tuesday to a bill removing the Confederate flag from a pole in front of the Statehouse, sending the proposal to the House, where it faces a less certain future.

The divisive banner at the Capitol came under greater scrutiny over the last few weeks after authorities said a gunman, motivated by racial hatred, opened fire inside a black church June 17, killing nine people. The suspect was photographed several times holding a Confederate flag and burning an American flag, and one of the slain was state Sen. Clementa Pinckney, who was the head pastor at the church.

Tuesday's vote came after a day of debate in which several white senators said they had come to understand why their black colleagues felt the flag no longer represented the valor of Southern soldiers but the racism that led the South to separate from the United States more than 150 years ago.

Debate in the House will likely begin Wednesday, and it's far from clear when a vote may be taken. Republicans met behind closed doors Monday and struggled to reach a consensus on what to do next.

One idea being floated is to keep the pole and put a different flag on it: the U.S. flag, the South Carolina flag or a flag that may have been flown by Confederate troops but is not as divisive as the red banner with the blue cross and white stars.

A survey of lawmakers by The Associated Press, The Post and Courier of Charleston and the South Carolina Press Association showed two-thirds of House members want to bring the flag down, but the survey didn't include specifics.

"It will become the new symbol," Rutherford, D-Columbia, said of any flag that goes up beside the monument to Confederate soldiers. "It will be the new vestige of racism."

Business leaders and Republican Gov. Nikki Haley agree. If the bill passes and Haley signs it, the flag would be lowered and shipped off to the state's Confederate Relic Room, not far from where the last Confederate flag to fly over the Statehouse dome is stored.

On Tuesday, Pinckney's desk was draped in black cloth, as it has been since he and eight others were fatally shot during Bible study at a historic African-American church in Charleston.

"This state loved Sen. Pinckney," state Sen. Gerald Malloy, a Democrat, said moments before the chamber took a break so members could walk to the back rail and greet his widow. "This state loves you and your girls, and they love the entire Pinckney family. We keep our arms wrapped around you and this family forever. It's the least that we can do for our brother, Clementa."

On Monday, the Senate rejected three of its own amendments. One would have put a different Confederate flag on the pole. A second would only fly the flag on Confederate Memorial Day, and the third would leave the flag's fate up to a popular vote.

State Sen. Lee Bright, who suggested the popular vote, said the Confederate flag has been misused by people like Dylann Roof, who is charged with murder in the church shootings.

"I'm more against taking it down in this environment than any other time just because I believe we're placing the blame of what one deranged lunatic did on the people that hold their Southern heritage high," said Bright, a Republican.