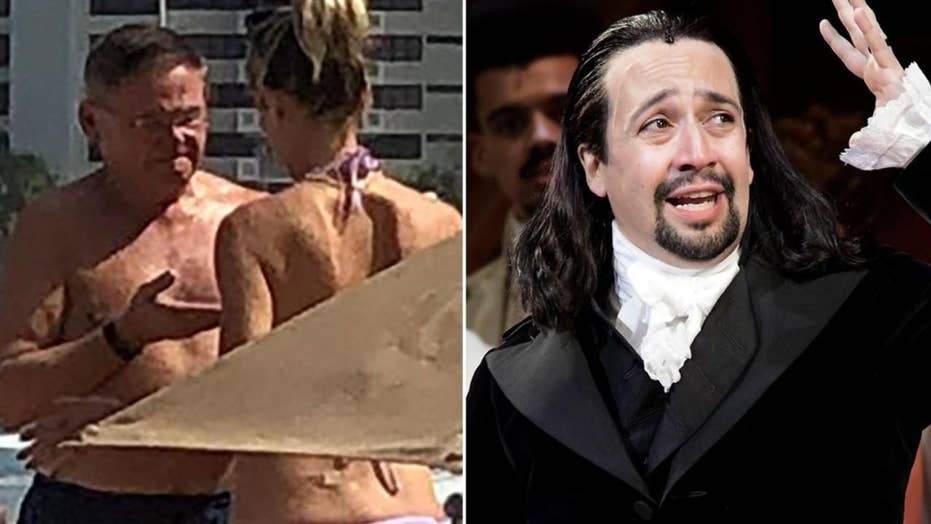 Democrats flew to Puerto Rico on a chartered jet along with lobbyists to see Hamilton, as the government shutdown drags on leaving over 800,000 people without pay.

Republican leaders slammed Democrats on Sunday following reports that around 30 Democratic members of Congress traveled to Puerto Rico this weekend to meet with lobbyists and see a special performance of the hit Broadway show “Hamilton.”

While the Democrats also planned on attending the Congressional Hispanic Caucus BOLD PAC gathering in San Juan and met with Puerto Rican officials to discuss ongoing cleanup efforts from Hurricane Maria, Republicans were angered over images of their Democratic colleagues enjoying the island’s beaches as the partial government shutdown entered its third week.

SEN. LINDSEY GRAHAM ON WHETHER CONGRESS CAN END THE STALEMATE OVER THE PARTIAL GOVERNMENT SHUTDOWN

“Democrats in Congress are so alarmed about federal workers not getting paid they’re partying on the beach instead of negotiating a compromise to reopen the government and secure the border,” White House Press Secretary Sarah Sanders tweeted Sunday morning.

GOP Chairwoman Ronna McDaniel also lambasted the Democrats in Puerto Rico for “hitting the beach and partying with lobbyists” in a tweet on Sunday.

“While [President Trump] is in DC working to resolve the government shutdown and secure our border, Democrats are hitting the beach and partying with lobbyists,” McDaniel tweeted.

Around 109 lobbyists and corporate executives are named in a memo welcoming the guests to the seaside resort in Puerto Rico. Among those attending are members of some from prominent Washington firms as well as representatives from R.J. Reynolds, Facebook, Comcast, Amazon, PhRMA, Microsoft, Intel, Verizon, and unions like the National Education Association.

“This year’s winter retreat promises to be our most widely attended yet with over 220 guests, including 39 Members of Congress and CHC BOLD PAC supporters expected to attend and participate!” a planning memo said.

A spokesman for the BOLD PAC -- part of the Congressional Hispanic Caucus -- would not tell the Examiner which members of Congress would be attending. But U.S. Sen. Bob Menendez, D-N.J., was spotted on the beach Saturday, according to a FOX News producer.

The Dems' visit comes amid the ongoing partial government shutdown that has left around 800,000 federal workers with no pay since it began Dec. 22, making it the longest government closure in U.S. history.

“I’m not even in government and I’d get killed in the press if I was on vacation right now,” Donald Trump Jr. tweeted. “Why won’t they cover their democrat buddies lobbyist sponsored vacation in the islands???”

President Trump has refused to sign spending bills for nine of the 15 Cabinet-level departments until Congress approves his request for $5.7 billion in funding to build a wall along the U.S.-Mexico border. Democrats have refused.

The president initially said he would be "proud" to own the partial shutdown, but he quickly shifted blame onto Democratic leaders and has flirted with taking some extraordinary measures to find money for the wall. Although most Republicans have stood by the president, others have expressed discomfort with the strategy.