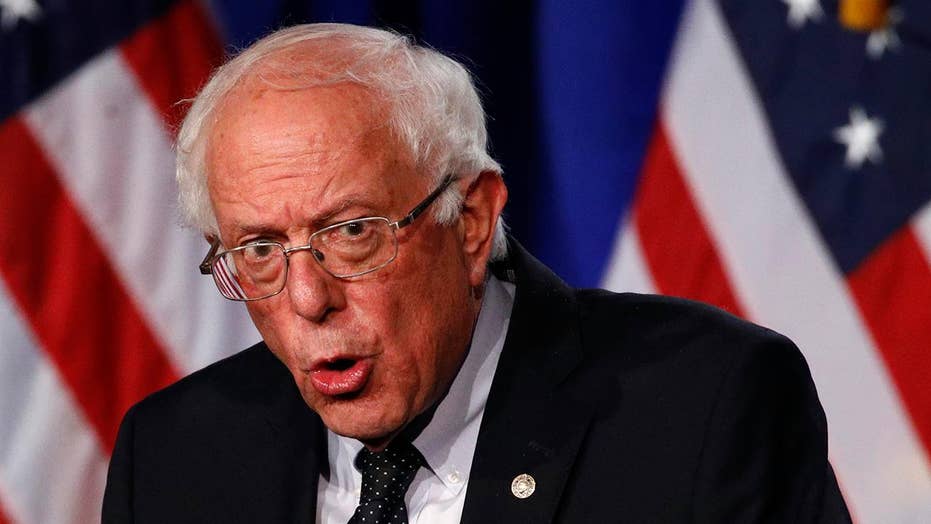 How would America pay for 'Medicare-for-all?'

Sen. Mitt Romney, R-Utah, suggested Wednesday that 2020 Democratic presidential candidate Sen. Bernie Sanders, I-Vt., was "so angry" on stage during Tuesday's debate because he'd spent "28 years in Congress and [was] never able to pass even a scintilla of his socialist agenda," leading to an exchange of insults.

Romney, the 2012 Republican presidential nominee, added that Sanders was "All hat, no cattle.”

Sanders punched back, tweeting at Romney: “I’m angry because multi-millionaires like you and Trump have rigged our economy at the middle class’ expense.

In response, Romney tweeted, “Nice try, but socialism isn’t the answer. If it was, maybe Bernie would have something to show for his 3 decades in Congress.”

CNN'S 'OVER-THE-TOP' DEBATE COVERAGE MOCKED: 'THIS IS LIKE THE OLYMPICS FOR THEM'

Romney added the hashtag “#AllHatNoCattle," an idiomatic phrase meaning, "all talk, no action."

Sanders was at the center of several contentious exchanges with moderate Democrats during Tuesday's debate in Detroit. At one point during a back-and-forth with U.S. Rep. Tim Ryan of Ohio over energy and climate change policy, Sanders said he was "a little bit tired of Democrats afraid of big ideas."

Ryan responded by telling Sanders, "you don't have to yell."

The two also sparred over health care, with Sanders defending his “Medicare-for-all” plan after Ryan claimed the Vermont senator didn't know what benefits the plan would provide.

"I do know," Sanders exclaimed in response. "I wrote the damn bill!"

Since Tuesday, Sanders’ presidential campaign has reported $1.1 million in new contributions as well as more than 70,000 new individual donations.