CNN’s two-night Democratic primary debate was slammed by critics before it even began as the liberal network’s coverage was compared to the Olympics because of its excessive buildup.

“This is like the Olympics for them, but the sport is Trump name-calling,” political satirist Tim Young told Fox News.

The ratings-challenged network had most of its on-air personalities broadcasting from the Motor City since the beginning of the week. On Tuesday, a countdown clock informed viewers of the exact minute that the much-hyped debate would begin. The network even touted its elaborate stage setup, which was quickly mocked by critics. 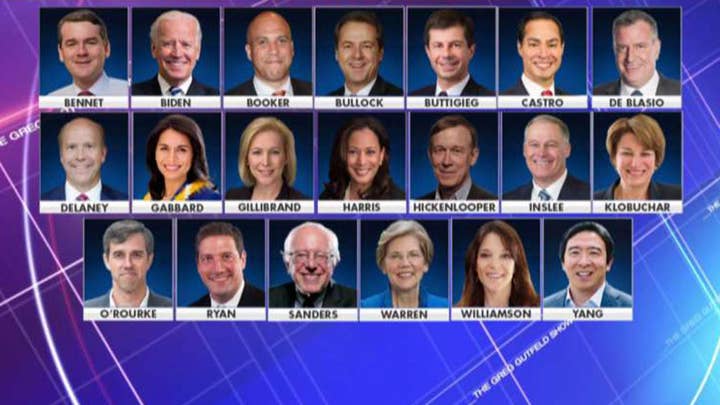 NewsBusters managing editor Curtis Houck told Fox News that the event is an example of why CNN’s reputation has diminished since President Trump took office.

“CNN's over-the-top coverage has shown how unserious they are about fostering sober, substantive coverage of what could very well be the most important election of our lifetimes,” Houck said. “CNN has brought everything that people across the political spectrum have come to despise… countdown clocks, massive panels, 'College Gameday'-like sets, snarky chyrons, self-righteous 'Reliable Sources' newsletters about their supposed greatness, and refusing to look inward about why their ratings are so pitiful to name a few.”

CNN’s in-house media pundit Brian Stelter sent a “special edition” of his newsletter, hyping Detroit’s downtown area being “transformed into a CNN-land” around the Fox Theatre.

“There are signs everywhere, an outdoor 'game day' set where anchors have been broadcasting since Sunday,” CNN’s Oliver Darcy wrote.

Stelter then noted that his “personal favorite detail” is that questions “posed by the moderators will appear on the bottom of the screen.”

CNN was widely ridiculed earlier this month when it dedicated an hour of primetime coverage to an elaborate, NBA-lottery style event to determine which night specific candidates would take the stage. This in in addition to the controversy surrounding far-left opinion host Don Lemon, who was chosen to moderate alongside journalists Jake Tapper and Dana Bash. Houck called it a “putrid decision” to allow the outspoken Lemon to grill 2020 hopefuls.