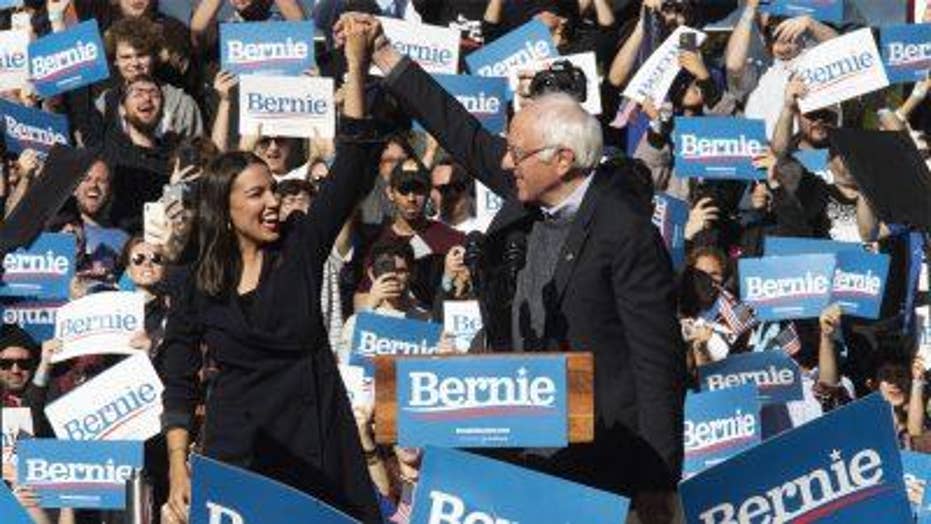 Rep. Alexandria Ocasio-Cortez, D-N.Y., will campaign for Sen. Bernie Sanders, I-Vt., in Iowa -- a sign of the important role the freshman congresswoman will play in the Vermont senator's 2020 presidential bid in a vital state.

Sanders made the announcement Friday evening at a rally in Des Moines, according to the Des Moines Register, ahead of the Democratic Party’s Liberty and Justice Celebration.

The duo will be at three events across two days between Nov 8-9, including a “Climate Crisis Summit.” The Register reported that she will promoting the Green New Deal at those events -- an expansive government-run overhaul of the economy and energy output to fight climate change.

Ocasio-Cortez has shot to national attention since a longshot primary win against then-Rep. Joe Crowley, D-N.Y., and has become the most visible member of the left-wing group of freshman congresswomen known as “The Squad.” 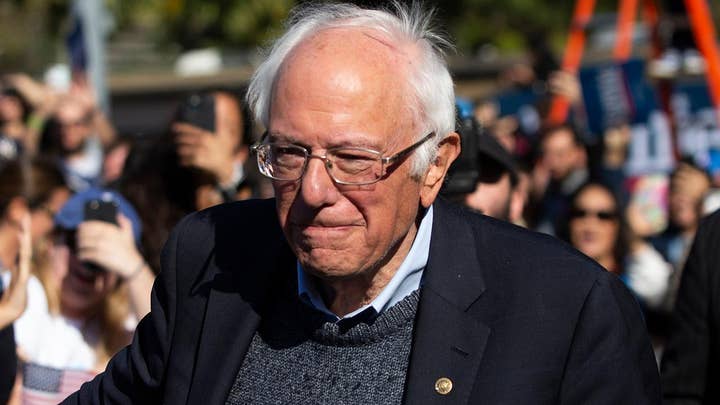 Since Sanders clinched her endorsement, she has featured prominently in his campaign. Ocasio-Cortez spoke at Sanders’ return to the campaign trail since heart surgery earlier this month, where she told a New York rally how the senator inspired her to embark on her own political bid.

"It wasn't until I heard of a man by the name of Bernie Sanders that I began to question and assert and recognize my inherent value as a human being that deserves health care, housing, education and a living wage,” she said.

She said Sanders had spent decades fighting for those things to make life for her better, such as the Children’s Health Insurance Plan (CHIP), universal health care, and student debt forgiveness.

“Bernie Sanders did not do these things because they were popular and that’s what we need to remember,” she said. “No one wanted to question this system and in 2016 he fundamentally changed politics in America.”

The congresswoman then appeared in a subsequent digital ad for Sanders. According to Politico, Sanders aides have said Ocasio-Cortez's endorsement represents the multiracial working-class coalition he is trying to build.