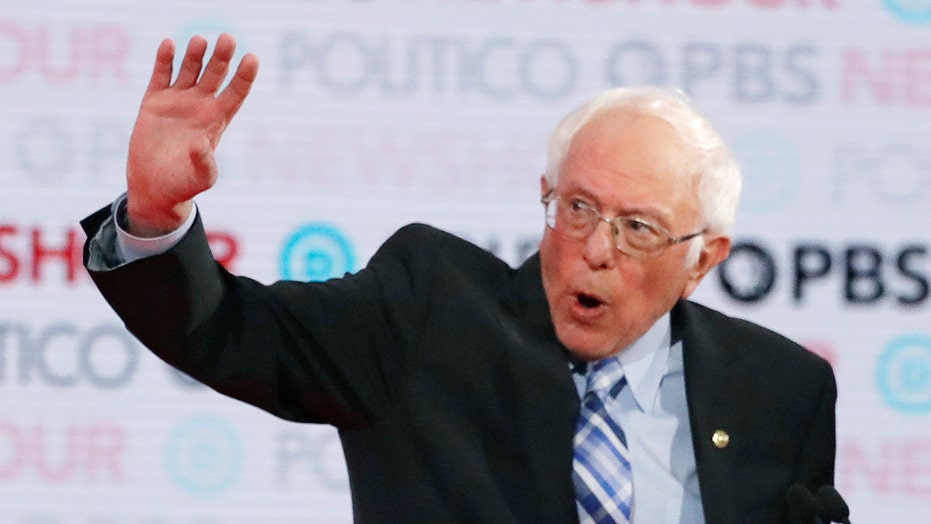 In response to a question early in Tuesday's Democratic presidential debate, Sen. Bernie Sanders, I-Vt., confused President Trump with former President George W. Bush as he spoke about a resolution against the war in Yemen.

"Just last year, I helped for the first time in the modern history of this country, pass a War Powers Act resolution ... which said that the war in Yemen led by Saudi Arabia was unconstitutional because Congress had not authorized it," Sanders said. "Unfortunately, Bush vetoed that and that horrific war continues."

It was Trump, in fact, who used the second veto of his presidency last April to block the resolution Sanders was referring to, which invoked the War Powers Resolution of 1973 in a bid to end American involvement in the conflict, which has raged in the Middle Eastern country since 2015.

Though Sanders misspoke, he was attempting to make a point that he could work across the aisle -- he specifically named Sen. Mike Lee, R-Utah -- in order to avoid military conflict. Sanders was the primary sponsor on the resolution in the Senate, which passed by a vote of 53 to 45. That number was not enough to override Trump's veto.

"I am able to work with Republicans, I am able to bring people together, to try to create a world where we solve conflicts over the negotiating table, not through military efforts," Sanders said.

Tuesday's debate is the last before the Iowa caucuses, meaning it is the last time Americans will see all the top candidates on the same stage before Democrat constituents start casting votes. The first-in-the-nation caucuses will take place on Feb. 3, kicking off the scramble for delegates after about a year of campaigning for most candidates in the primary.