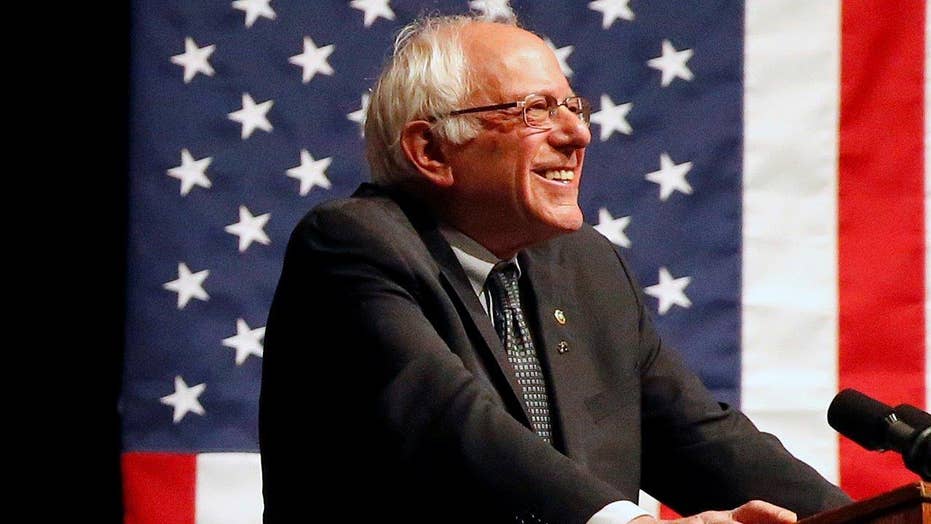 Just a few weeks ago, only the Republicans were talking seriously about the possibility of a contested presidential convention. Now, Bernie Sanders’ campaign is ratcheting up predictions that Democrats, too, could have an open convention in July.

The odds remain stacked against the Vermont senator, no matter what his campaign says. And Hillary Clinton’s campaign is aggressively batting down talk of a Philadelphia free-for-all this summer.

But the Democratic underdog’s recent winning streak – bolstered Tuesday by a decisive victory in the Wisconsin primary – has dashed for now Clinton’s hopes of swiftly sewing up the nomination and pivoting to the general election, certainly not while the springtime cherry blossoms are still on the trees in Washington. The Sanders camp’s bold predictions speak to their hope that they can now drag out the race until July by blunting the front-runner’s pledged delegate gains.

“It will be an open convention, likely with neither candidate having a majority of pledged delegates," Sanders campaign manager Jeff Weaver told CNN on Tuesday.

Those predictions were met with a round of reality checks by team Clinton.

He said the Sanders camp, in pushing for an open convention, is trying to “flip delegates’ votes, overturning the will of the voters.”

The big question is what specifically it would take for Clinton to avoid an open convention.

The complicating factor is the role played by “superdelegates,” party insiders free to support whomever they want. When those delegates and “pledged” delegates awarded via primaries and caucuses are added together, Clinton has a huge 1,748-1,058 delegate lead.

She would need to win just 635 of the remaining delegates – roughly a third -- to get a majority of total delegates, or 2,383, before the convention. Given her record in the primaries so far, that’s hardly a heavy lift.

Despite Weaver’s comment, Clinton could easily win a majority of them with roughly 43 percent of the remaining pledged delegates.

The Sanders campaign, however, may be setting the bar much higher. If they argue Clinton must win 2,383 pledged delegates to clinch the nomination – in other words, hit a majority of all delegates counting only pledged delegates – she would need more than 60 percent of the remaining pledged field.

Whether the Democratic National Committee sees it the same way is unclear.

Asked specifically what it would take to avoid an open convention, a DNC official reiterated that 2,383 represents the majority of all delegates, but would not speculate beyond that.

The Sanders campaign is not entirely clear, either, on how an open convention would emerge.

Sanders press secretary Symone D. Sanders told FoxNews.com the campaign is focused on simply winning states, predicting a strong showing in the Wyoming caucuses this weekend, before the race heads next to New York and other delegate-rich territory.

“There is a path to the nomination for us,” she said, adding that they will go to Philadelphia but not elaborating on what exactly might trigger an open convention in their eyes.

So what’s the end-game?

Even if Clinton’s pledged delegate support is a little short, the former secretary of state still has hundreds of superdelegates on her side.

Weaver noted to CNN that the superdelegates “don’t count” until they vote at the convention. But unless the Sanders camp could somehow wrest away huge swaths of that support, the best case scenario for Sanders might be an open convention in name only – where superdelegates put Clinton over the top as soon as the voting begins.

“She’ll use the superdelegates to finish it off if she doesn’t hit that bar [with pledged delegates],” strategist Mary Anne Marsh said.

She, too, described Clinton’s lead as “insurmountable,” and played down the possibility of a contested convention.

“This is more wishful thinking on the part of the Sanders campaign than anything based on facts or math,” she told FoxNews.com, while questioning whether Sanders might try to use his delegates as leverage to extract some wishlist item at the convention.

Mook said in a memo posted on Medium that “the delegate math is on our side.” He noted that even among pledged delegates, Clinton has a sizeable lead, and the upcoming contests pose another challenge for Sanders.

“[W]ith each passing week, it’s becoming increasingly unlikely that Senator Sanders will be able to catch up. In order to do so, Sanders has to win the four remaining delegate-rich primaries — New York, Pennsylvania, California, and New Jersey — with roughly 60 percent of the vote,” Mook said.

Clinton in the meantime is taking a tougher tone toward Sanders, even telling Politico’s Glenn Thrush she’s not sure he’s a real Democrat.

“He’s a relatively new Democrat, and, in fact, I’m not even sure he is one,” she said. “He’s running as one. So I don’t know quite how to characterize him.”