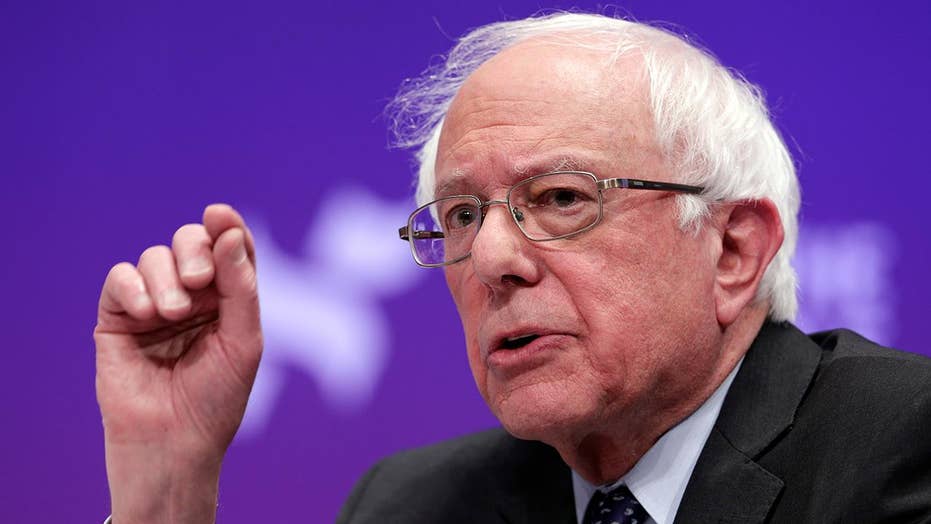 Bernie Sanders, a front-runner for the Democratic presidential nomination, has long billed himself as a democratic socialist, citing the peaceful governments of Denmark and Sweden as his inspirations.

But back in the 1980s, as mayor of Burlington, Vermont, Sanders often endorsed a different strain of leftist government – praising violent socialist revolutionaries as well as economic policies like forced land redistribution, according to a Fox News review of archived footage and documents.

Asked about the comments today, Sanders’ campaign highlighted other aspects of the now-presidential candidate’s 1980s-era views, saying he was prescient to warn against U.S. intervention abroad.

“Our foreign policy will focus on diplomacy, not endless war," the campaign said in a statement.

In this March 1, 1985 file photo, then-Burlington Mayor Bernie Sanders is seen in his office at City Hall. (Photo by Donna Light/Newsday via Getty Images)

In the 1980s, Sanders spoke of socialist Nicaraguan revolutionaries known as Sandinistas so often that one local paper called it a “favorite Sanders topic.”

The Sandinistas overthrew a dictator in the Central American nation in 1979, and then began to impose socialist policies. That sparked a rebellion from Nicaraguans who opposed socialism, who became known as “Contras.”

Tens of thousands were killed in the fighting. The Soviet Union and Cuba sent weapons and economic support to the Sandinistas, while the U.S. led by President Ronald Reagan sent arms and funding to the Contras.

The U.S. involvement appalled Sanders. As soon as he became mayor of Burlington in 1981, his pro-Sandinista views began to make headlines in local papers.

The Burlington Free Press reported in 1981 on a speech Sanders gave that year, stating that Sanders “exhorted his audience ‘to take control of your own lives’ as the ‘struggling masses’ did in Chile, Cuba and Nicaragua.”

In 1983, Mayor Sanders penned a letter to Reagan slamming U.S. foreign policy. “I am appalled that you are using taxpayers’s [sic] money to destroy the government of a small nation,” Sanders’ letter read, according to the Burlington Free Press in 1983.

By 1984, Sanders got Burlington to create a “sister city” relationship with Puerto Cabezas, a Nicaraguan city. Sanders later wrote that Vermonters provided “a significant amount of material help” to the Nicaraguan city through the program.

The next year, the Nicaraguan government invited Sanders to an expenses-paid trip to attend the first formal inauguration of their president, Sandinista revolutionary Daniel Ortega. Sanders accepted, recounting in his 1997 autobiography that “I was – believe it or not – the highest-ranking American official present”.

Also present at Ortega’s inauguration were Cuban dictator Fidel Castro, Vice President of the Soviet Union Vasili Kuznetsov, and Yugoslavian President Veselin Đuranović, according to a U.S. Army report done for the Library of Congress in 1993.

Sanders stated in a 1981 interview that he was not a supporter of the Soviet Union, which he called “authoritarian and totalitarian.” But Sanders also encouraged student exchange programs with the Soviet Union during the 1980s and spent his honeymoon there in 1988. 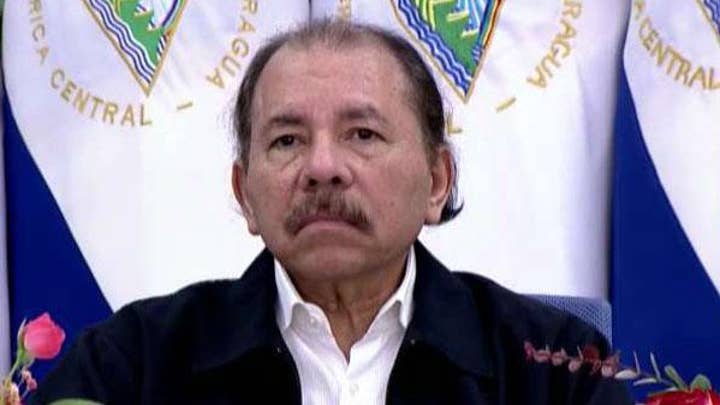 While stopping short of full-scale Soviet-Cuban-style collectivization, the Sandinista government confiscated and redistributed many private farms and businesses in the early 1980s.

“I think in terms of health care, in terms of education, in terms of land reform – giving, for the first time in their lives, real land to farmers so that they can have something that they grow. Nobody denies that they are making significant progress in those areas,” Sanders told Vermont’s CCTV in 1985.

He added: “The poor people respect that. Rich people, needless to say, who used to have a good life there, are not terribly happy.”

Sanders has never retracted such rhetoric, which concerns some Nicaraguans who fled to the U.S. at the time.

Roberto Bendana, who currently teaches at a middle school in Texas, told Fox News that his father was forced to leave Nicaragua in 1981, and the coffee farm he owned there was also confiscated.

“As a coffee grower, obviously he had been defending private enterprise, and he was against the economic policies of the regime,” Bendana said.

He expressed alarm at a possible Sanders presidency.

“If someone like him were to win, I think it would be the end of the U.S.,” he said.

Sanders, in his 1985 interview with CCTV, said he wasn’t afraid of the Sandinistas’ socialism, noting: “As a socialist, the word socialism does not frighten me, and I think it's probably fair to say that the Nicaraguan government is primarily a socialist government,” Sanders said, before noting that nationalism was an even stronger motivation for the Sandinistas.

The CCTV reporter also asked Sanders: "How do you find the sincerity of Sandinista leaders?"

"I was impressed,” Sanders responded. “Now, obviously I will be attacked by every editorial writer in the Free Press for being a dumb dupe. Maybe I am. Uh, I was impressed by their intelligence and by their sincerity. These are not political hacks. You know? You don't fight and lose your family and get tortured and go to jail for years to be a hack. They have very deep convictions. ... Ortega is an impressive guy."

Today, 34 years later, Ortega is still in power and widely seen as a dictator. Earlier this year, his government was expelled from the Socialist International, a worldwide coalition of socialist political parties, for violations of human rights. Hundreds have been killed and tortured in Nicaragua in the last several years as Ortega has struggled to hold onto power.

Asked for comment on Sanders’ quotes from the 1980s, the Sanders campaign sent Fox News a statement from Jeff Weaver, a senior adviser to the senator.

"While Donald Trump was praising the Tiananmen Square Massacre, Bernie Sanders was proudly opposing the policy of arming of death squads that routinely murdered Nicaraguan civilians in internationally recognized crimes,” the statement said.

Weaver was referring to something President Trump said in a 1990 Playboy interview: “[T]hey [the Chinese government] were vicious, they were horrible, but they put it [the protest] down with strength. That shows you the power of strength. Our country is right now perceived as weak... as being spit on by the rest of the world,” Trump said then. Asked about that in 2016, Trump said that seeing strength in China’s actions was not an endorsement of what they did.

The Sanders adviser added that Trump’s recently appointed special envoy for Venezuela, Elliot Abrams, once covered up crimes by the Contras against Nicaraguan civilians.

He also said: “In the fight to end that policy [U.S. arming of the Contras], Senator Sanders called for an end to the economic and humanitarian crises that were ravaging Central America. Under a Sanders administration, we will not be using American tax dollars and military resources to overthrow governments we do not like at the cost of innocent lives.”

The campaign did not answer questions about whether Sanders has changed his mind regarding the Sandinistas’ economic policies.

Sanders concluded his 1989 speech on a passionate note, calling for people not to give up on the Sandinistas: "For those of us who believe that the Sandinista government is capable of being an example for Latin and Central America of democracy and improving the standard of living of its people -- if we believe that, and if we believe that the right of these people is to have decent education, decent health care, decent jobs and so forth, that struggle has still has got to be undertaken."

Sanders’ commentary on the Sandinistas became less frequent after 1990, a year in which Sanders was first elected to Congress and the Sandinistas temporarily left power after losing Nicaraguan elections.

By 2016, Sanders had distanced himself from some socialist Latin American regimes.

Bendana highlighted a joke that combines Sanders’ last name and that of the socialist revolutionary group.

“I do like the term ‘Sander-nistas’ – because he is one,” Bendana said.