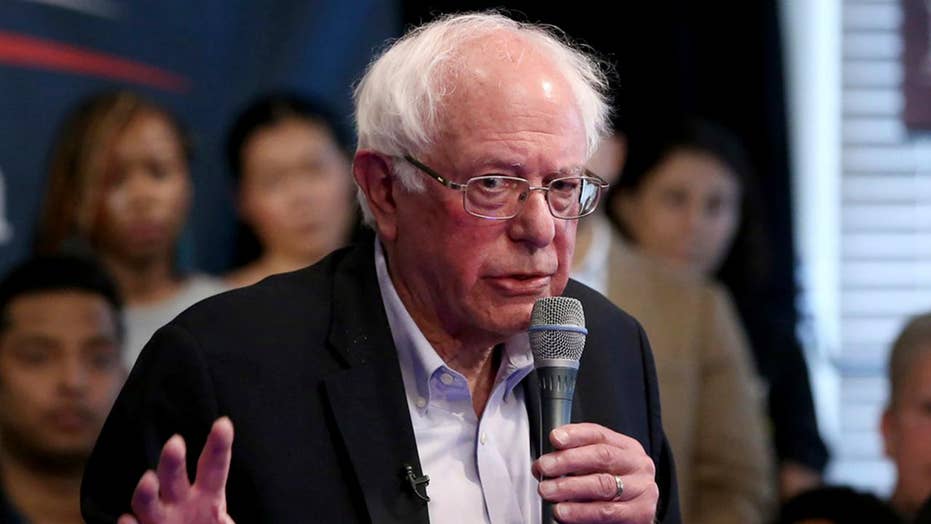 Bernie Sanders doubles down on giving felons the right to vote

Sanders says even the Boston bomber should have the right to vote while in prison; reaction from First Step Act beneficiary Matthew Charles.

2020 presidential contender Bernie Sanders faced an aggressive and, at times, outwardly combative audience at the She The People Forum devoted to women of color in Houston on Wednesday, as the self-described democratic socialist struggled to convince attendees of his commitment to minority and underprivileged communities.

The tense moments underscored the challenges Sanders' campaign still faces despite its frontrunner status. The 77-year-old Vermont senator, long a champion for progressive causes, has sought to win over voters who turned out in massive numbers to support former President Barack Obama.

In a particularly striking moment, host Aimee Allison asked Sanders what he would do to fight white-supremacist violence. In response, Sanders launched into a familiar anecdote that -- perhaps precisely because of its familiarity -- seemed to crash and burn.

"I know I date myself a little bit here, but I actually was at the March on Washington with Dr. [Martin Luther] King back in 1963," Sanders began, as audible groans and jeers broke out at the auditorium at Texas Southern University. One person apparently shouted, "We know!"

"And," Sanders continued, as he held his hand up to quiet the crowd and apparently to wag his finger, "as somebody who actively supported Jesse Jackson's campaign, as one of the few white elected officials to do so in '88, I have dedicated my life to the fight against racism, and sexism, and discrimination of all forms."

Sanders faced similar backlash when he responded to an audience question about white supremacy by discussing immigration and the federal minimum wage, as well as his sweeping "Medicare for All" proposal. The audience loudly applauded when Allison reminded Sanders that the "core of the question" concerned violence against minorities.

Separately, co-host Joy Reid asked Sanders how he would win over Hillary Clinton voters, including black women in particular. In response, Sanders trashed Trump as "the most dangerous president" in modern history, and generally called for unity among Democrats as well as "social justice, racial justice, and environmental justice."

Sanders responded: "Black women will be an integral part of what our campaign, and what our administration is about. Okay? And that means --"

The audience erupted with heckling for a few seconds, as Sanders tossed his arm up in the air in dismay and muttered, "Okay."

"Were you finished with your --," Allison asked when the crowd quieted.

Some used the event to make news and largely avoided audience attacks. Booker, for example, definitively declared that his running mate will be a woman.

But, the road was rocky for others. Gabbard, a Hawaii congresswoman, also faced some heat from the crowd during her own remarks.

CLICK TO GET THE FOX NEWS APP RIGHT AWAY

"There are a lot of bad people in the world," Gabbard began at one point.

Then came the reply from a heckler: "You’re one of them!”