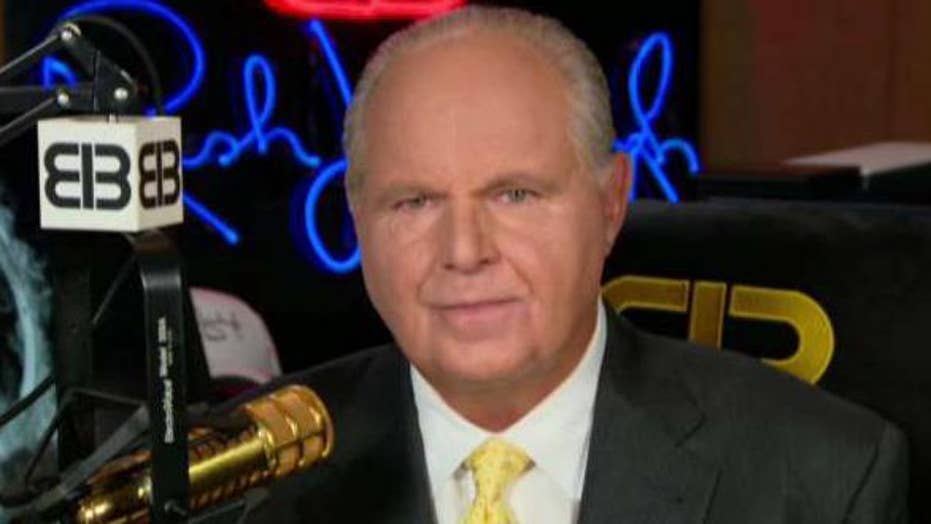 Conservative talk radio show host Rush Limbaugh said Monday that former Vice President Joseph Biden is the Democrats' best chance to defeat President Trump in 2020 but has no chance to win the primary.

"Here's the thing: Joe Biden is probably the best chance they've got, and he doesn't have a chance. They're probably -- Joe Biden? And crazy Bernie [Sanders]? And mayor Pete [Buttigieg]? Three white guys, two of them are brontosauruses from 'Jurassic Park,' and that isn't going to sit well with the rest of this party, which has gone so far left," Limbaugh said on "The Story with Martha MacCallum."

Limbaugh also said Biden may not be fully committed to running in 2020.

LIMBAUGH WARNS REPUBLICANS TO BACK TRUMP AFTER MUELLER REPORT RELEASE

"I don't think, Biden is putting off his announcement, I don't know how badly he really wants this, and you have to really want this if you are going to have any chance of winning it," Limbaugh said.

Fox News learned Tuesday that Biden's long-awaited 2020 presidential bid announcement has been pushed back from Wednesday to Thursday, with plans for the former vice president to follow up with an appearance in Pittsburgh next week.

"Pocahontas is not going to be the nominee. These Democrats are all in the process of trying to out-leftist or out-liberal each other, and they're in a contest of who can give away the most," Limbaugh said.

"Hillary Clinton and her pals in the Obama Department of Justice and the FBI, they are the ones who colluded with the Russians. They are the ones that gave us this entirely, totally bogus Steele dossier," Limbaugh said.