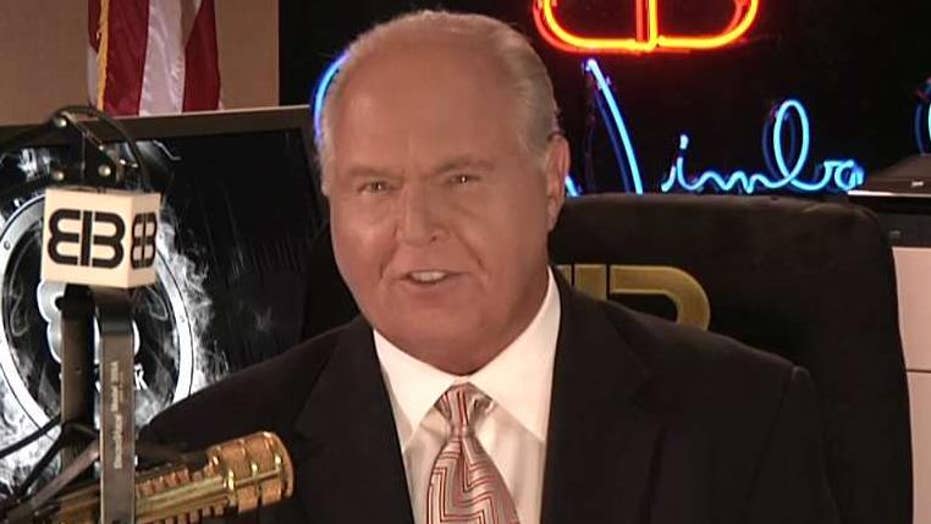 Rush Limbaugh: The objective remains to get Donald Trump out of office

Talk radio host Rush Limbaugh sounds off on 'Hannity' on Democrats continuing to attack and impugn the president after the release of the Mueller report.

That’s according to conservative media star Rush Limbaugh, who made the fiery claim during an appearance on Fox News Channel’s “Hannity” on Thursday night.

Limbaugh opened the interview by declaring the Democratic Party is at “war” with the president and his fellow Republicans, before turning his attention to Mueller’s Russia investigation.

“The objective remains to get Donald Trump out of office, either by driving his numbers down or impeaching him or defeating him in 2020,” he told Hannity. “It is not over. It is still happening. The Democrat party and the media and all of these people from the Obama Administration that ran this scandal are still running it." 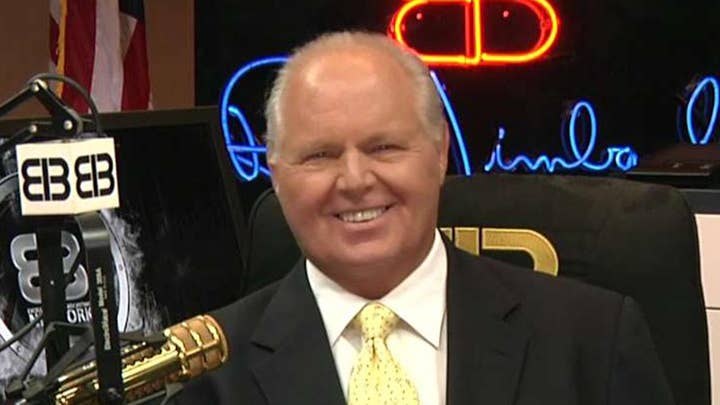 Limbaugh added: “The New York Times has the story that the Mueller report is 300 pages and the Barr summary is four pages and, therefore, Barr is lying…Pelosi literally said that we cannot trust the attorney general.”

Limbaugh continued his denunciation of Democrats, before taking a swipe at the media.

“These people are believing now that there is evidence of collusion in the Mueller report and that Barr is not telling the truth,” he said. “The New York Times is leading this effort. The rest of the drive-by media is going to pick it up because it prolongs the narrative that Trump is unworthy, that Trump cheated, that we need to redo the election results of 2016.”

The objective remains to get Donald Trump out of office

Earlier, Limbaugh appeared on “Special Report with Bret Baier” and called on the president to declassify everything related to the Mueller report and the Foreign Intelligence Surveillance Act -- and that only began Limbaugh's list.

REP. SWALWELL: TRUMP COULD HAVE STILL COLLUDED DESPITE MUELLER REPORT

President Donald Trump gives two thumbs up after stepping off Marine One on the South Lawn of the White House, Sunday, March 24, 2019, in Washington. The Justice Department said Sunday that special counsel Robert Mueller's investigation did not find evidence that President Donald Trump's campaign "conspired or coordinated" with Russia to influence the 2016 presidential election. (AP Photo/Alex Brandon)

The conservative host called the Russia investigation a “manufactured coup” and said accountability is needed from the Obama administration to the media.

“There needs to be an investigation into this. There needs to be accountability for everybody who participated in this from people high up in the Obama administration all the way down and including most of the mainstream media,” Limbaugh said. “The people of this country were told their president was a traitor. They were assured their president had colluded and stolen the election. None of it happened. And the special counsel has known there was no collusion since before the investigation began. There has never been any evidence of it.”