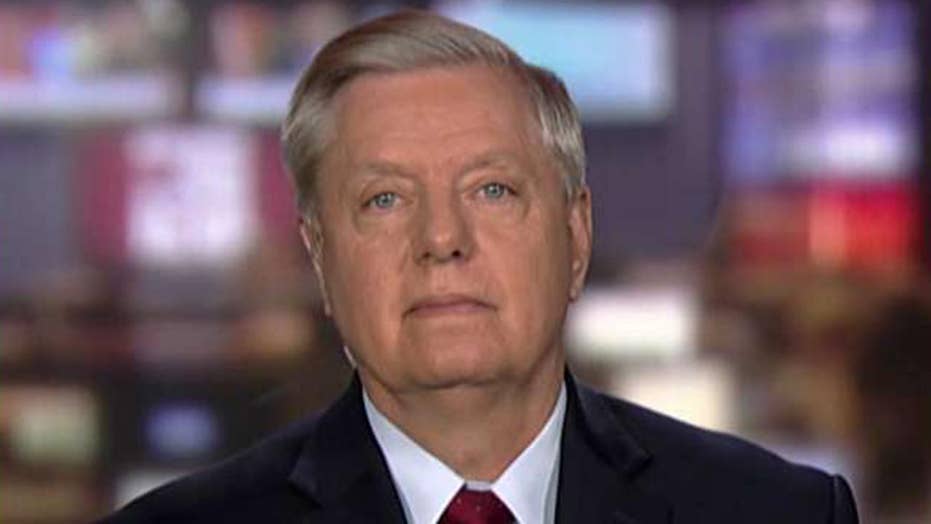 Senate Judiciary Committee Chairman Lindsey Graham, R-S.C., on Thursday said congressional Democrats have taken an "Oliver Stone approach" to the Mueller report. This, after Attorney General William Barr said earlier this week that the special counsel could not establish that the Trump campaign had colluded with Russian officials to influence the 2016 elections.

"Do you really believe that Bill Barr would give us a summary of the key findings and it not be supported by the report?" Graham asked during an appearance on Fox News' "Your World with Neil Cavuto." "Give me a break. I mean, this whole Oliver Stone approach to the Mueller report by Democrats is getting a bit old."

"He's the Jim Garrison figure, trying to look for somebody who actually shot President Kennedy," Grahm said of Schiff. "This is getting to be a bit ridiculous. He told us time and time again he knows there's collusion, he's seen evidence of it. Well, Mr. Mueller undercut that narrative. So, Adam Schiff's got to make a decision about his political future. Does he want to be the guy that won't let it go when the authority of the investigation, Mr. Mueller, has concluded there was no collusion?"

Republicans on the House Intelligence Committee urged Schiff to step down from his chairmanship in a letter made public on Thursday.

PRESIDENT TRUMP CALLS ON ADAM SCHIFF TO RESIGN, ACCUSES HIM OF 'KNOWINGLY AND UNLAWFULLY LYING AND LEAKING'

President Trump said Thursday that Schiff had "spent two years knowingly and unlawfully lying and leaking." And on Wednesday night, Trump called Schiff "a disgrace to our country" in an interview with Fox News' Sean Hannity.

Graham also explained his call for Barr to appoint a second special counsel to look into alleged abuses of the Foreign Intelligence Surveillance Act (FISA) at the outset of the Russia investigation.

Carter Page: I'm getting ready for some of the biggest legal battles in US history

"Republicans believe that the FBI and DOJ – the top people – took the law in their own hands because they wanted Clinton to win and Trump to lose," he told Cavuto. "You know, there’s a lot of suspicion, there’s a lot of direct evidence, I think, of bias. Let’s have somebody like a Mueller to look at the other side of the story."

The senator said he wants to know what role the unverified and salacious Steele dossier played in securing a warrant to monitor the communications of Trump campaign foreign policy adviser Carter Page.

"How could the system allow a dossier that was prepared by a foreign agent and paid for by the Democratic Party -- and that’s unverified to this day -- be used on four different occasions to get a warrant against an American citizen?" Graham asked. "And the evidence is pretty clear to me, without the dossier, the warrant would not have been issued. That should bother every American, that the system got so off the rails."

Graham said "counterintelligence investigations are designed to protect the target of the foreign influence. When they thought [Sen.] Dianne Feinstein [D-Calif.] had somebody in her office working for the Chinese, they told her about it and she fired him.

"Why didn’t they go to Trump and say, ‘Hey, we’re worried about some people in your campaign,'" he continued. "That really is disturbing, so I want to get to the bottom of it."