Utah Senator-Elect Mitt Romney continued to criticize President Trump on Wednesday, telling CNN’s Jake Tapper that the country “is as divided as I’ve ever seen it.” This after writing a scathing op-ed assailing the president’s character.

With his latest comments, Romney, the onetime presidential candidate and ex-governor of Massachusetts, was doubling down on claims he made earlier this week in a piece for The Washington Post. In that op-ed, he said Trump “has not risen to the mantle of the office.”

Romney had more to say about the presidency in his chat with Tapper:  “A leader has an impact, not just on policies but also on the character of the people who get to watch the person and I think in that scenario the president needs to focus more attention and hopefully make some changes there."

He continued: “I think it’s very important for a president to demonstrate the qualities of integrity and honesty, forthrightness, empathy and respect for the institutions of our democratic republic.”

Romney went on to say that as far “forming of national character” goes, “we can do a better job.”

“I know what my principles are, what I think is right for the county and I know that right now the country is as divided as I’ve ever seen it.”

Trump responded to the Post op-ed  during an earlier  cabinet meeting: “I wish Mitt could be more of a team player. I am surprised he did it this quickly. If he fought really hard against President Obama like he does against me, he would’ve won the election.” 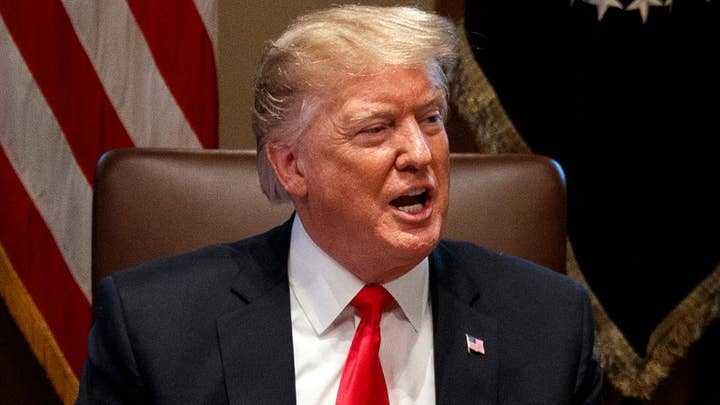 The two have had a vacillating relationship over the years.

Romney was asked if he regretted accepting the president’s endorsement on Twitter ahead of the Utah primary, to which he fired back “He was endorsing me, I wasn’t endorsing him.”

The former 2012 presidential candidate went on to say that that he hasn’t decided whom he will endorse in the 2020 election.

“I’m going to wait and see what the alternatives are,” Romney said. “I think it’s early to make the decision.”

Romney was pressed further about why he accepted Trump’s endorsement in 2012 despite Trump's contentions that Barack Obama hadn't been born in the U.S.

“I’m sure I’ve made a lot of mistakes, I’ll let the people make the assessment on which things were mistakes and not. But when the president of the United States, frankly of either party, were to say, ‘I’m endorsing your candidacy,’ I think you’d say, 'Thank you very much.'”

Romney said he was prompted to write the op-ed due in part to Defense Secretary James Mattis’ abrupt departure and Trump’s decision to withdraw troops from Syria.

He added that while he has publicly voiced his disagreements with Trump, he does stand with him on important policy matters, specifically border security.

“Well," Romney said, "with regards to the shutdown, I’ll be with Republicans and that front, which is I think it’s important for us to secure the border.”