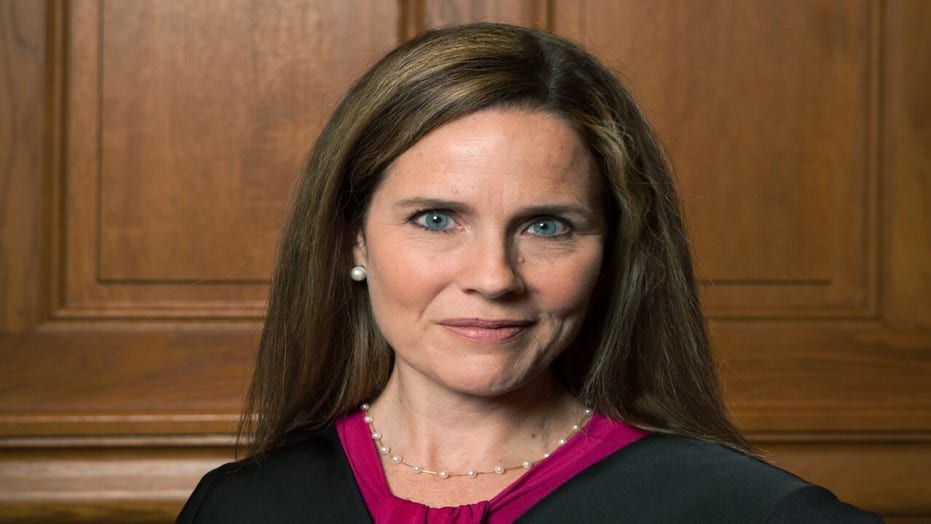 What it means for the Court and the presidential election.

The Republican National Committee launched a $10 million campaign to promote President Trump’s Supreme Court nominee Judge Amy Coney Barrett to “hold Democrats accountable” for what the GOP called their “hypocrisy” on the nomination process to the high court.

The initiative, rolled out after the president formally nominated Coney Barrett to the high court on Saturday from the White House Rose Garden, includes a $10 million digital ad campaign, a new website and a get-out-the-vote effort in target states.

The RNC said Saturday that the initiative also includes a “massive rapid response operation” to amplify Coney Barrett’s record, while “harnessing voters’ enthusiasm about appointing a constitutionalist” to the Supreme Court, and “motivate and persuade” voters to the polls on Election Day.

“Even before President Trump announced a nominee, Democrats made clear that they would obstruct this Constitutional process every step of the way, throwing historical precedent out the window,” RNC Chairwoman Ronna McDaniel said Saturday. 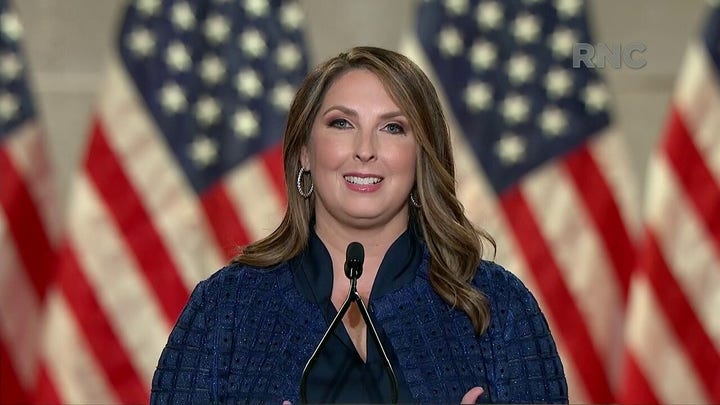 “With a full-throttled effort from now until President Trump’s nominee is confirmed, our teams will expose Democrats’ partisanship, aggressively promote the qualifications of Judge Barrett, and use this issue to galvanize voters to the polls in November.”

In addition to digital ads, the RNC is using its joint field effort with the Trump campaign, Trump Victory, to hold dozens of events and protests to engage with volunteers in critical states throughout the confirmation process.

The effort comes ahead of what is expected to be a brutal Senate confirmation process for the president’s nominee, as Democrats, including his Democratic opponent former Vice President Joe Biden has urged the Senate to block a nominee from being confirmed to the high court until after Election Day.

“Supreme Court decisions affect our everyday lives, and the Constitution was designed to give voters a voice on who makes those decisions,” Biden tweeted Saturday, just after President Trump nominated Coney Barrett to fill the vacancy left by late Justice Ruth Bader Ginsburg. 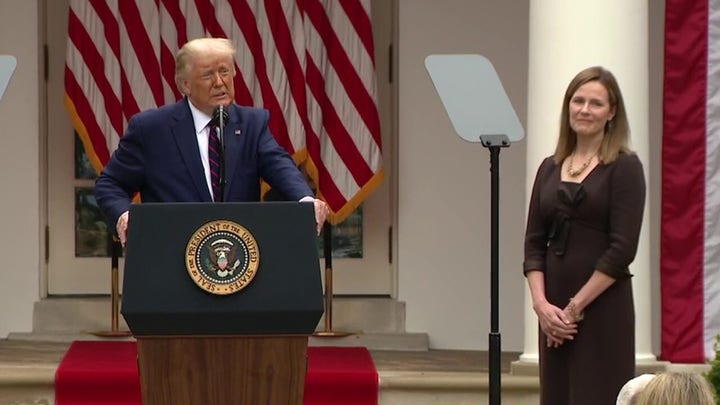 Nevertheless, Barrett said she has “no illusions that the road ahead of me will be easy, for the short term or the long haul.

“I never imagined I would find myself in this position,” she said Saturday. “I will meet the challenge with both humility and courage.”