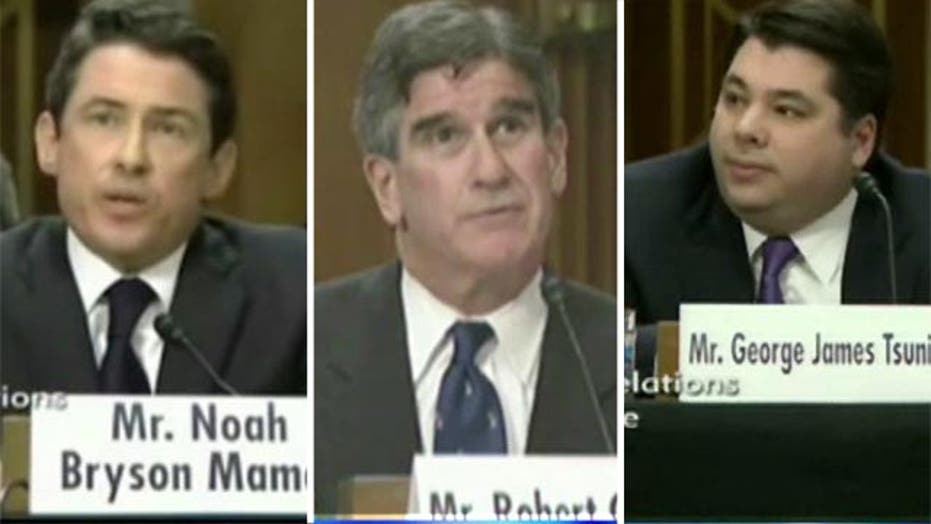 After a string of rocky confirmation hearings for President Obama's diplomatic nominees, the group representing America's Foreign Service professionals signaled Friday that it's had enough.

The organization, in a major rebuke, is now urging that the White House set minimum qualification standards for its ambassadorial nominees.

"The topic of the qualifications of ambassadorial nominees is of great interest to AFSA's membership," The American Foreign Service Association said in a statement. "All Americans have a vested interest in ensuring that we have the most effective leaders and managers of U.S. embassies and missions advancing U.S. interests around the globe."

The American Foreign Service Association has long argued that ambassadorial nominees should, for the most part, come from the ranks of career professionals -- as opposed to the ranks of top-dollar political donors. But the organization is taking its concerns to a new level, announcing Friday that it will propose new guidelines for "the necessary qualifications and qualities" for diplomatic candidates.

The statement said the group has been "closely monitoring" recent confirmation hearings.

The remark was a reference to several problematic appearances by Obama donors who had been rewarded with diplomatic appointments. At confirmation hearings, they betrayed gaps in knowledge about the countries where they were appointed to serve. The performances stoked concerns that the administration is appointing too many politically connected donors, and not enough Foreign Service professionals, to diplomatic posts.

The American Foreign Service Association further fueled those concerns when it reported that a whopping 53 percent of Obama's second-term appointments have been political.

Asked for comment on the group's latest announcement, a White House spokeswoman said: "The administration is committed to appointing highly qualified U.S. ambassadors, whether they are career foreign or civil service officers or they come from outside the government. We look forward to seeing what AFSA presents."

The United States is just about the only major democracy that still uses diplomatic posts to routinely reward political friends. Historically, less than a third of these appointments have been political in nature. Under former President Bill Clinton, 28 percent were political; under former President George W. Bush, that number was 30 percent. Under Obama, the number has climbed to 37 percent overall. By the time he leaves office, it could well be higher.

Though this is a bipartisan practice, the performance during confirmation hearings of some of Obama's latest picks has raised concerns that the United States may be sending the wrong message abroad.

Last week, his nominee to Argentina admitted he'd never been there. His nominee to Norway also flubbed some key facts about the Scandinavian nation at his confirmation hearing. During the hearing, George Tsunis at one point referred to Norway's president, though the country is a constitutional monarchy. He also downplayed the importance of the country's Progress Party but was sternly reminded by Sen. John McCain, R-Ariz., that the party is part of the center-right coalition government there.

Colleen Bradley Bell, a soap opera producer nominated for ambassador to Hungary, also recently struggled to answer what America's strategic interests are in that country.

A FoxNews.com review shows that Obama has appointed at least 44 so-called bundlers -- people who gather political contributions for a candidate -- since taking office. That's almost as many as Bush appointed in his full two terms.

The positions awarded to these individuals have remained roughly consistent. Plush posts in western European countries, the Caribbean, and places like Singapore and Canada, often go to the politically connected. France, Great Britain, Germany and Italy are just a handful of the most sought-after jobs.

The administration stresses that it's too early to say, especially based on scattered confirmation hearing performances, how these nominees would do in their jobs.

"It seems like every administration gets asked why sometimes some of your ambassadorial nominees have been involved in fundraising in the past. It's not a new issue," State Department spokeswoman Marie Harf said Friday. "We stand by our nominees. The president does and the secretary does. I would say that either giving or not giving money doesn't affect either way; doesn't make you more or less qualified."

Officials note that many esteemed U.S. ambassadors have come from outside the Foreign Service career path, including former Vice President Walter Mondale in Japan, and Sargent Shriver in France.

AFSA acknowledged that some "outstanding ambassadors" have come from outside the Foreign Service ranks. The group also said, though, that "individuals who have spent decades in the United States Foreign Service are uniquely qualified for the job of Ambassador given their years of training and hands-on experience."

The statement suggested that the guidelines would seek to establish minimum qualifications for nominees, rather than rule out political nominations altogether.

The guidelines apparently have been in the works for months, prepared by 10 ambassadors spanning eight administrations. The group's Board of Governors recently adopted them. It's too early to say whether the administration would follow suit.