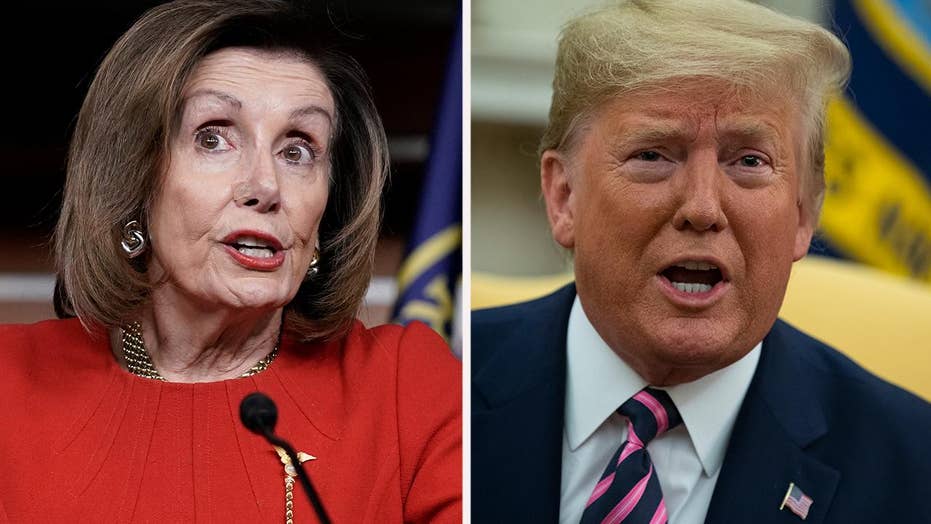 Republicans ratcheted up their accusations that Democrats are overplaying their impeachment hand after court filings from the House Judiciary Committee indicated the two articles of impeachment adopted last week may only be the beginning.

GOP lawmakers already were fuming at Speaker Nancy Pelosi over her surprise decision to delay transmitting the articles to the Senate in a bid to extract favorable terms for President Trump's trial. But in the latest twist, the Democrat-led Judiciary panel referenced the possibility of yet additional impeachment articles in briefs filed Monday related to their quest for testimony from former White House Counsel Don McGahn and secret grand jury material from former Special Counsel Robert Mueller's investigation.

If the court allows them to obtain the information they seek, their attorney wrote, "new articles of impeachment" could be considered based on the evidence. GOP lawmakers reacted with stunned disbelief.

"Democrats are treating impeachment as an open bar tab," Sen. Lindsey Graham, R-S.C., tweeted Monday afternoon. "Time to cut them off, take their car keys away (put GOP in control of the House), and end this insanity."

Rep. Matt Gaetz, R-Fla., who sits on the House Judiciary Committee that filed the briefs, reacted by saying, "You've got to be kidding."

He added: "It’s gone from the Kangaroo Court Impeachment... ...to the Keystone Cops Impeachment(s).. Will Pelosi send the Articles from the last Impeachment before drafting the next ones?!"

The notion of new articles of impeachment was floated as the committee justified their need to have McGahn testify and acquire Mueller's secret grand jury information. Previously, they had argued that their ongoing impeachment investigation presented an urgent need for both -- but with the House already voting to impeach Trump, the D.C. Circuit Court of Appeals gave them until Monday afternoon to explain why the case was still relevant and should not be dismissed as moot.

"If this material reveals new evidence supporting the conclusion that President Trump committed impeachable offenses that are not covered by the Articles adopted by the House, the Committee will proceed accordingly--including, if necessary, by considering whether to recommend new articles of impeachment," committee attorney Douglas Letter wrote in the grand jury material case.

Letter used nearly identical language pertaining to McGahn's testimony in his brief in that case.

Trump last week was impeached on accusations of abuse of power and obstruction of Congress, related to his efforts to pressure Ukraine to launch politically beneficial investigations, all while withholding military aid (though Trump has maintained there was no "quid pro quo").

The latest filings did not detail what potential additional articles could be considered. Regardless, the briefs stated that even if McGahn’s testimony or the grand jury material do not lead to new articles of impeachment, they could be used in an upcoming Senate trial in relation to the obstruction of Congress allegations that Trump is currently facing.