Sara Carter: Children as young as 8 years old sold into prostitution at border

FIRST ON FOX: 21 Republicans, led by Rep. Lauren Boebert, R-Colo., on Wednesday introduced a resolution to censure President Biden for what the lawmakers described as a "failure" to faithfully execute U.S. border and immigration laws – as Republicans continue to hit the administration for its handling of the crisis at the southern border.

The resolution expresses "disapproval of the failure to uphold the constitutional duty to ‘take care that the laws be faithfully executed’ and the usurpation of the legislative authority of Congress by the President of the United States."

The text accuses Biden of "usurpation of the legislative power of Congress" by withholding funding for border wall construction, calls on Biden to ensure the faithful execution of U.S. immigration law and resolves to censure Biden "for his failure to ‘take care that the laws be faithfully executed’ as required by the Constitution."

The Biden administration has been facing a crisis at the border, with more than 180,000 migrant encounters in May alone, one of a consecutive number of months that have seen numbers that dwarf prior years.

The administration has focused on the "root causes" over the migration surge in Central America, like violence, poverty and climate change. Vice President Kamala Harris, who was put in charge of the diplomatic talks more than 90 days ago, visited Guatemala and Mexico this month and unveiled a series of measures and investments to tackle those root causes.

But Republicans have connected the surge to the Biden administration’s policies, particularly its rollback of Trump-era border protections like the Migrant Protection Protocols (MPP) and border wall construction – in addition to pushes for pathways to citizenship for illegal immigrants and narrower interior enforcement.

BOEBERT TAKES CARDBOARD CUTOUT OF KAMALA HARRIS TO THE BORDER, AS VP TAKES HEAT FOR FAILING TO VISIT

"Not only has Biden done nothing to secure the border, he has actively made it worse by implementing policies that incentivize illegal immigration like amnesty, catch and release, and abolishing the remain in Mexico policy," Boebert said. "The result of Biden’s mismanagement is staggering, and the numbers speak for themselves."

The text cites initial moves by the administration to impose a 100-day deportation moratorium (which was eventually blocked by a federal judge), to preserve and strengthen the Obama-era Deferred Action for Childhood Arrivals (DACA) program and to halt border wall construction.

It also points to moves by the administration to offer what it describes as "amnesty to millions of illegal aliens" and the suspension of Trump-era asylum cooperative agreements, which the lawmakers say resulted "in a massive surge of people at the southern border claiming asylum." 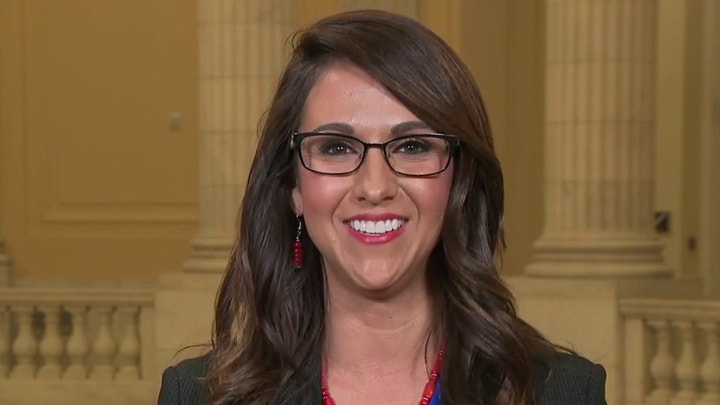 The resolution also calls for Biden to fire Homeland Security Secretary Alejandro Mayorkas and replace him "with leadership that will prioritize the security of the United States and faithfully enforce the laws enacted by Congress."

"President Biden and Vice President Harris have sent an unequivocal message that they prefer illegal immigrants over Americans," Biggs said in a statement. "Their radical agenda has erased our southern border. Americans suffer from the Biden policy which has encouraged more than one million illegal border crossings this year which has produced increased human, sex, and drug trafficking. The American people condemn the Biden Administration’s dereliction of duty."

It also has support from groups including the American Principles Project, Federation for American Immigration Reform and Heritage Action.

Mark Morgan, who served as head of Customs and Border Protection (CBP) during the Trump administration, said Biden is "presiding over the greatest abandonment of immigration enforcement and border security this country has ever seen."

"Rep. Lauren Boebert’s resolution would rightly censure President Biden for ignoring immigration laws and refusing to address the crisis, while also calling for him to terminate an open borders radical who leads the very agency I once served in," he said.

It is the latest example of the pressure Republicans have placed on the Biden administration for its handling of the border crisis. Republicans have, in particular, noted Harris’ failure to visit the border since being tasked with leading diplomatic efforts to solve the migrant surge more than 90 days ago.

On Wednesday, sources told Fox News that Harris would be visiting the border later this week on a visit with Mayorkas.