The number of illegal immigrants crossing the U.S.-Mexico border so far this fiscal year has hit a 10-year high, with more than four months still to go in the fiscal year -- as the Biden administration struggles to contain a continuing crisis at the southern border.

The number of migrants encountered at the border in May was more than 180,000, a massive spike over the 23,000 encountered during the same month in 2020 -- and nearly 40,000 over the highest month of the 2019 border crisis, Customs and Border Protection (CBP) announced this week.

TEXAS, ARIZONA GOVS CALLING FOR STATES TO SEND POLICE TO THE BORDER TO HELP DEAL WITH BORDER CRISIS

It means that 898,949 migrants have been encountered by Border Patrol so far this fiscal year, which began in October. That is the highest since FY 2006, where there were more than 1 million encounters at the southern border overall. It is likely that 2021 will exceed that number eventually. 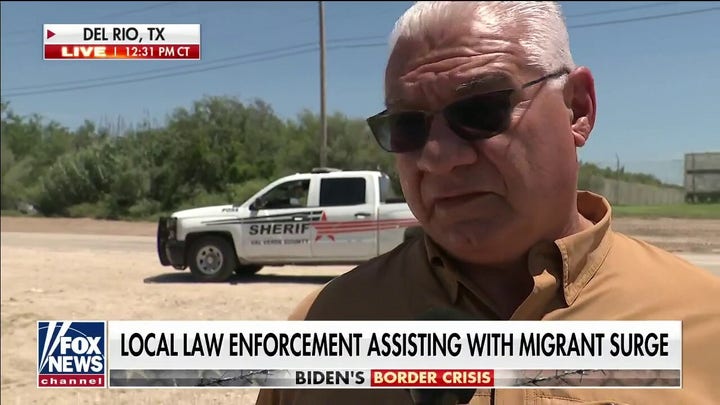 The Biden administration has come under heavy criticism for its handling of the crisis at the southern border -- with critics accusing it of encouraging illegal immigration with rollbacks of Trump-era enforcement and border policies.

The Biden administration, meanwhile, has sought to blame "root causes" of migration in Central America like poverty, violence and climate change. Vice President Kamala Harris, who has not visited the border, was in Guatemala and Mexico recently for talks with leaders about solving root causes.

She touted a number of measures designed to help those countries stem the root causes, but said issues like Mexico’s refusal to take back migrant families turned back from the U.S. by Title 42 public health protections was not discussed.

She did, however, have a stark message for potential migrants in Guatemala.