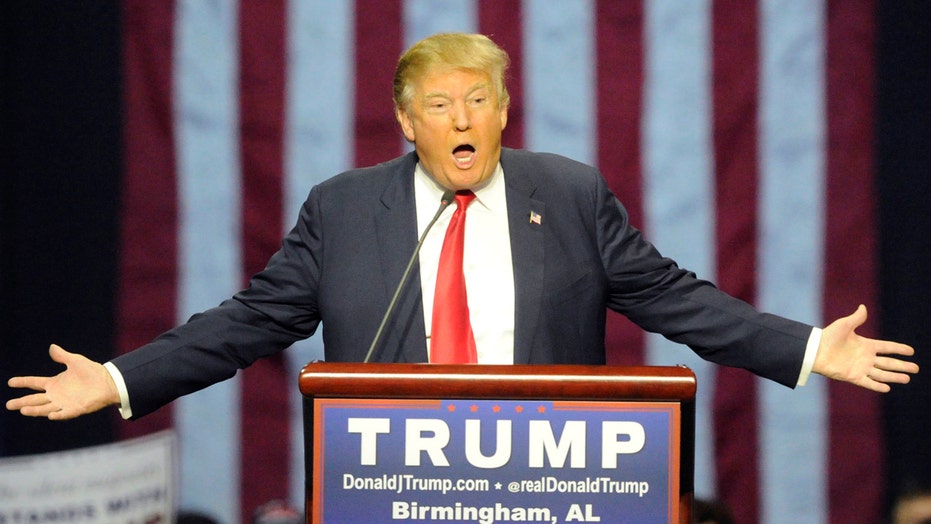 Republican donors with links to several presidential candidates – as well as a prominent GOP operative – are pooling their resources in a new effort to go after Donald Trump and keep the party’s presidential front-runner from winning the nomination.

The most recent bid is a reported “guerrilla campaign” led by a group called Trump Card LLC and run by Liz Mair, former communications official for the Republican National Committee.

The group’s goal, according to The Wall Street Journal, is to collect money from anonymous donors to “defeat and destroy” Trump, who has essentially led the GOP presidential field since declaring his candidacy this summer.

Further, the super PAC supporting fellow GOP candidate and Ohio Gov. John Kasich is planning to air attack ads against Trump in New Hampshire. And, in a sign of the project’s appeal among donors, it is starting to get funding from donors backing candidates other than Kasich.

Fox News has learned that, as of Sunday, 10 new donors pledged money to the group, New Day for America, since a report Thursday on the super PAC’s plans.

The group confirmed most of those donors are supporting other candidates, including former Florida Gov. Jeb Bush and Florida Sen. Marco Rubio. Among them, California donor Jeffrey Le Sage told Reuters, which first reported on the new donations, that he wants to help “stand up to Donald Trump.”

Le Sage, a Bush donor, confirmed to Fox News that he donated to the pro-Kasich group.

Some in the so-called Republican establishment and GOP “donor class” fear the party will lose the general election if Trump wins the nomination, arguing his comments and views are alienating Hispanic and black voters.

The relationship between old guard Republicans and Trump, the billionaire, first-time candidate, has been rocky from the start.

Trump’s laments about being treated unfairly by the Republican National Committee and his threats to mount an independent candidacy eventually led him to sign a pledge stating he wouldn’t run as an independent and would support the nominee if he lost.

However, after news broke about the concerted effort to undermine him, Trump hinted he might consider breaking away.

The anti-Trump effort comes as he continues to dominate the polls. The latest Fox News poll showed him with a record 28 percent support from primary voters.

In addition to the pro-Kasich and Trump Card groups, the super PAC associated with the fiscal conservative Club for Growth is trying to raise money to resume anti-Trump ads, after running a reported $1 million worth earlier this year in Iowa.

Trump Card, which would not have to disclose donors, wants $250,000 from the other GOP presidential campaigns to run anti-Trump TV, radio and web ads and to pitch opposition research to local stations in early-voting states.

Mair, who also used to work for the Scott Walker presidential campaign, wrote, “In the absence of our efforts, Trump is exceedingly unlikely to implode or be forced out of the race,” according to a memo obtained by The Journal.

“The stark reality is that unless something dramatic and unconventional is done, Trump will be the Republican nominee and Hillary Clinton will become president,” Mair continued.

Trump has threatened to sue New Day for America and reportedly said through a spokesman that Mair “worked for Scott Walker and lost her job -- who can blame her?”