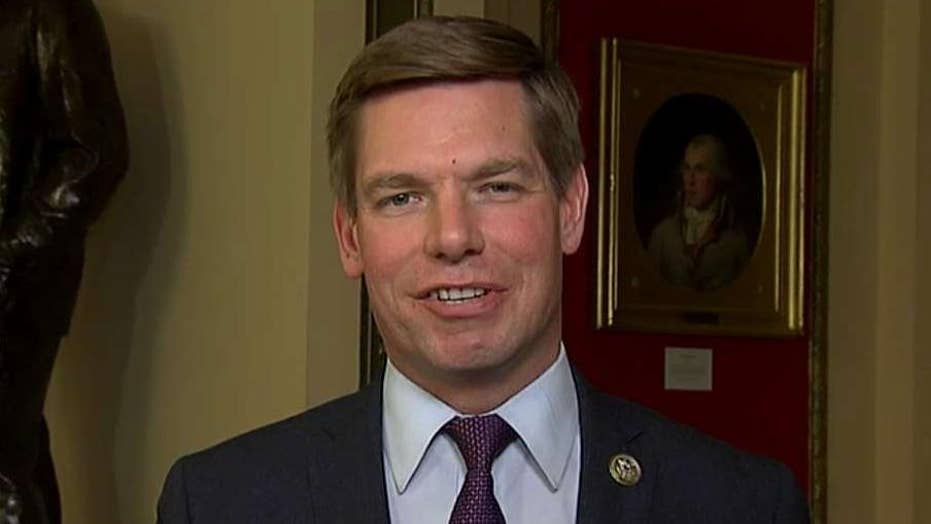 Rep. Swalwell: The public paid for this investigations, they should see the full Mueller report

Rep. Eric Swalwell, D-Calif., appearing on “The Story with Martha MacCallum” on Tuesday, continued to demand that the Mueller report be released in full, arguing that Congress voted in a bipartisan fashion for a full release of the report and that the American people, having paid for the Russia meddling probe, now have a right to see it.

“Well, we want to make sure we see the full report as soon as possible. We're going to authorize subpoenas but not issue a subpoena,” Swalwell said to MacCallum.

Attorney General William Barr announced last week that the Justice Department and the special counsel were “well along in the process of identifying and redacting” sensitive material in the more than 300-page report and would likely have it to Congress by mid-April, “if not sooner.”

Swalwell believes the report’s release is about preserving the integrity of  the next election.

“We have a responsibility to protect the ballot box in 2020 from another attack. The public should know that the nation's leaders should know who worked with the Russians,” Swalwell said.

The California Democrat said privacy issues would be addressed after Congress saw a full, unredacted report.