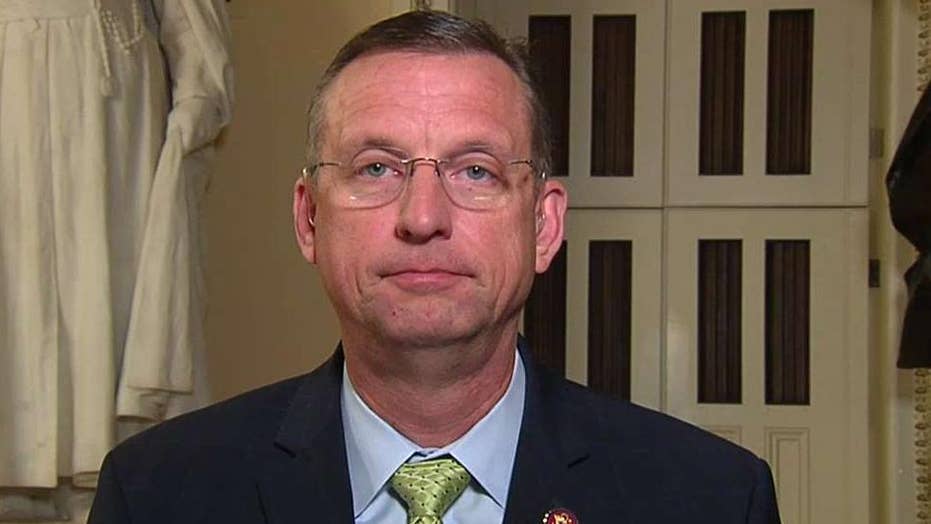 Rep. Doug Collins says Democrats are having a 'sugar fit,' can't accept the results of the Mueller report

Rep. Collins said it is sad House Judiciary Chairman Jerry Nadler is calling a hearing Wednesday to subpoena the Mueller report in its entirety, just so Democrats can claim they are doing something. He said Democrats just can’t accept Mueller’s finding of no collusion between the Trump campaign and Russia.

“The problem is they have nothing to do except accept the findings of the report, wait for the report to come out like the rest of America is, but they don’t want to do that,”  Collins, the ranking Republican on the House Judiciary Committee, said.

“They’re just having a sugar fit that they’re just trying to get something out with,” he said.

Nadler and five other House committee leaders sent Attorney General William Barr a letter Monday threatening subpoenas if they don’t get the Mueller report and supporting documents without redactions.

Collins said those chairs are “having a base problem because they can’t let their base realize that they don’t have anything to tear down the president with.”

Nadler is also being assailed for seeking the full Mueller report even though he opposed the release of the full Starr report on Bill Clinton 21 years ago.

“In 1998, Rep. Jerry Nadler strongly opposed the release of the Starr Report on Bill Clinton. No information whatsoever would or could be legally released. But with the NO COLLUSION Mueller Report, which the Dems hate, he wants it all. NOTHING WILL EVER SATISFY THEM!” Trump tweeted Tuesday.

Collins said of Nadler's about-face: "I would put that under the dictionary under hypocrisy."

During the interview, the congressman sidestepped a question about whether Barr would fight any subpoenas for the report.

REP. DEVIN NUNES: DEMOCRATS WANT TO GET HANDS ON MUELLER REPORT 'SO THEY CAN LEAK IT TO ALL THEIR BUDDIES IN THE MEDIA'

He said that everything should be released that is legal.

Collins also said Democrats were already claiming a cover-up even without seeing what pages in the Mueller report may be redacted.

“They’ve already questioned the very intention and basically the ethics of the sitting attorney general which is abhorrent,” he said.