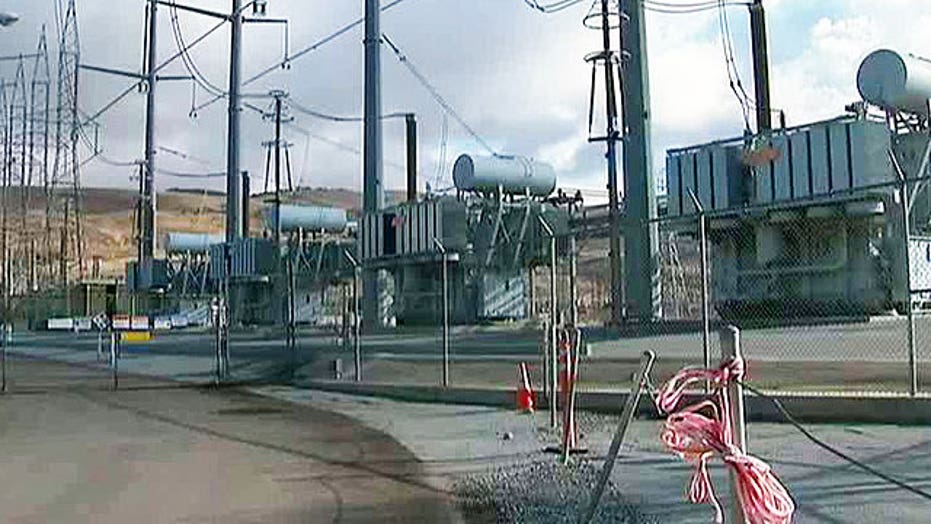 Incident a 'wakeup call' about security?

Capitol Hill lawmakers said Sunday a planned sniper attack on a remote California power station was of grave concern, repeating similar responses about the strike and suggesting changes in the ways the United States protects its power grid.

Rep. Adam Schiff, D-Calif., suggested the country has recently focused too much on cyber attacks.

“Perhaps we’ve taken our eye off the ball,” he told “Fox News Sunday.”

Schiff's comments follow revelations last week about the 2013 sniper attack on the electrical substation in San Jose that lasted 52 minutes and knocked out 17 transformers.

“It was a sophisticated attack,” said Schiff, who serves on the House Permanent Select Committee on Intelligence, which has oversight on homeland security and energy issues. “I hope this wasn’t a dry run, but this is of great concern.”

He suggested the United States rework how it protects power stations by placing a higher priority on the roughly 100 remote ones across the country.

The April 16, 2013, attack on the Pacific Gas & Electric’s Metcalf transmission station started when the snipers cut the telephone cables, then fired at least 100 shots into the facility.

“Any time you have a power station under attack … it’s of grave concern,” Rep. Mike McCaul, R-Texas, chairman of the House Committee on Homeland Security, told Fox News. “We have to be better fortified. … We have to do a better job.”

However, he argued preparing against a cyber attack is equally important.

Congress is already taking action in light of the 2013 attack.

The letter followed a bipartisan group of senators meeting with industry and government officials to discuss the success of voluntary measures to protect the country’s bulk power system.

Industry officials didn’t support further regulations. But the meeting concluded with a desire for additional legislation to legally protect those who share information about issues like attacks and disaster preparation, Joy Ditto, a vice president with the American Public Power Association, told FoxNews.com on Wednesday.