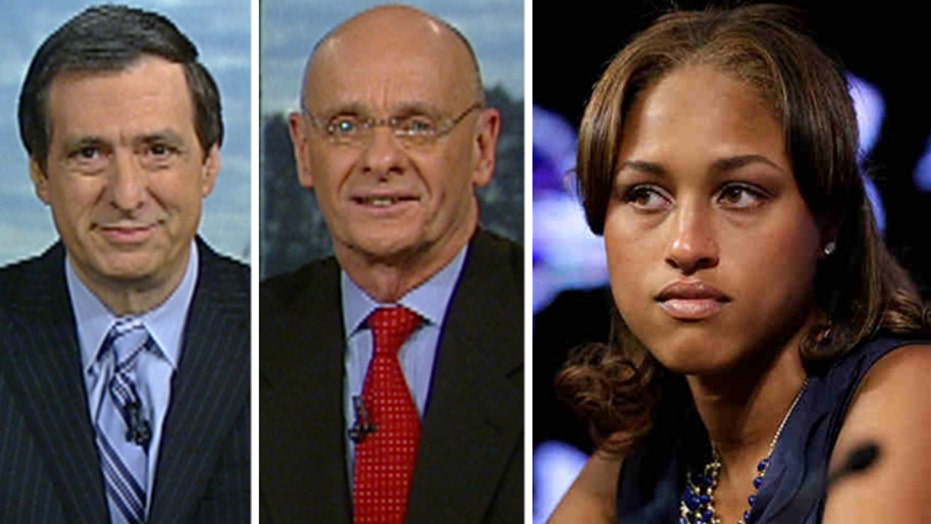 For interview on husband's assault

ESPN got its big Janay Rice exclusive -- but at what price?

I’d argue at the price of its journalistic credibility.

The sports network published its piece by Ray Rice’s wife, beating NBC’s “Today” show, which aired Matt Lauer’s interview with Janay—a real, skillfully done, tear-filled interview in which she came across as likable and vulnerable.

An ESPN reporter “interviewed” the woman we all saw knocked out in that elevator by a professional football player, talking to her for more than three hours. And that was packaged into a first-person story, with this ESPN disclaimer: “Janay Rice was given approval over its content and release date.”

Approval -- really? How is that different from a press release? Don’t public figures have to hire P.R. firms for this sort of thing?

And this is the hilarious part: “No questions were off limits.” What does it matter, if Janay Rice can cut out anything she doesn’t like? I don’t know what this piece was, but it wasn’t journalism.

So Janay timed the publication for right after a federal court lifted the NFL’s suspension of her husband, and right before the “Today” interview—all part of a classic media comeback strategy.

It’s a strategy in which ESPN was a willing accomplice.