Greg Gutfeld highlights the future of the US Space Force

Director of National Intelligence John Ratcliffe on Friday announced the Space Force as the 18th member of the intelligence community, in a move to "break down barriers" to information sharing and to help inform the community's analysis of threats in space.

Fox News has learned that Ratcliffe announced the designation of the U.S. Space Force Intelligence, Surveillance and Reconnaissance Enterprise, which is the intelligence component of the Space Force.

The Office of the Director of National Intelligence (ODNI) called the designation is "a once-a-generation event."

"This accession reaffirms our commitment to securing outer space as a safe and free domain for America’s interests," Ratcliffe said Friday. "American power in space is stronger and more unified than ever before. Today we welcome Space Force to the Intelligence Community and look forward to the power and ingenuity of a space security team unrivaled by any nation."

"Through sharing space-related information and intelligence, the IC and DOD increase integration and coordination of our intelligence activities to achieve best effect and value in executing our missions," Ratcliffe said. "This move not only underscores the importance of space as a priority intelligence and military operational domain for national security, but ensures interoperability, future capability development and operations, and true global awareness for strategic warning." 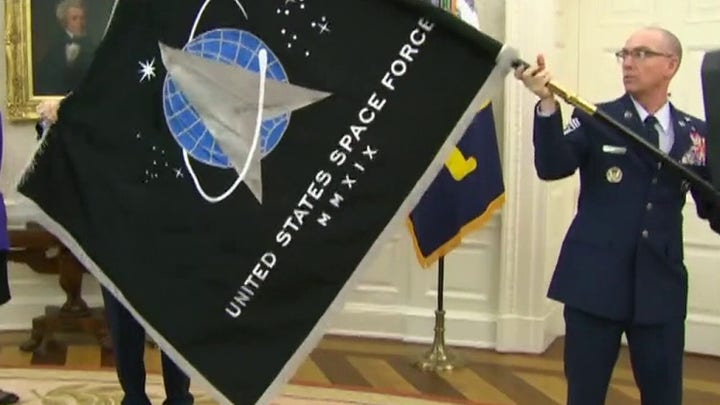 The Space Force intelligence element is the first new organization to join the intelligence community since 2006, when the DEA’s Office of National Security Intelligence joined.

The move, according to ODNI, will break down barriers to information sharing and ensure that Space Force leaders have access to all intelligence that it would need to be successful.

The move also allows the intelligence community to have access to all operational space domain awareness that would help inform its analysis of threats in space.

Ratcliffe, at the National Space Council meeting last month, first signaled his intention to welcome the Space Force into the IC.

A source familiar told Fox News that on the sidelines of that meeting, Ratcliffe spoke with Vice President Mike Pence and stressed that the Trump administration had made space more of a focus than any administration since the 1960s. The source said Ratcliffe urged Pence to help to make the Space Force part of the intelligence community.

The source told Fox News that after that conversation, Pence "hit the accelerator to get this done prior to Inauguration Day."

Meanwhile, during the National Space Council meeting, Pence dedicated Cape Canaveral Space Force Station and the Patrick Space Force Base, both in Florida, as the first two bases for the Space Force.

The Space Force became the sixth branch of the U.S. military last year.

"It is my honor, on behalf of the president of the United States, to announce that henceforth the men and women of the United States Space Force will be known as guardians," Pence said at the White House. "Soldiers, sailors, airmen, Marines and guardians will be defending our nation for generations to come."

The new name came after the Space Force unveiled its logo, flag and "Sempra Supra" motto in December.

"Guardians is a name with a long history in space operations, tracing back to the original command motto of Air Force Space Command in 1983, 'Guardians of the High Frontier,'" the Space Force.

The Space Force was created one year ago with a projected size of 16,000 troops and an annual budget of $15.4 billion for now.

President Trump first called for the creation of the Space Force in May 2018. Trump signed an order in December 2019 to establish the branch.