Rep. Rashida Tlaib believes the House of Representatives is "moving towards" the support necessary to bring impeachment proceedings against President Trump.

Speaking on "Meet the Press" Sunday, Tlaib, D-Mich., was asked by Chuck Todd why a majority of House Democrats do not already support impeachment.

"I think it’s moving towards that. It's going to demand it, it already is," said Tlaib, listing several actions in which, according to her, the president acts as if he were "above the law." 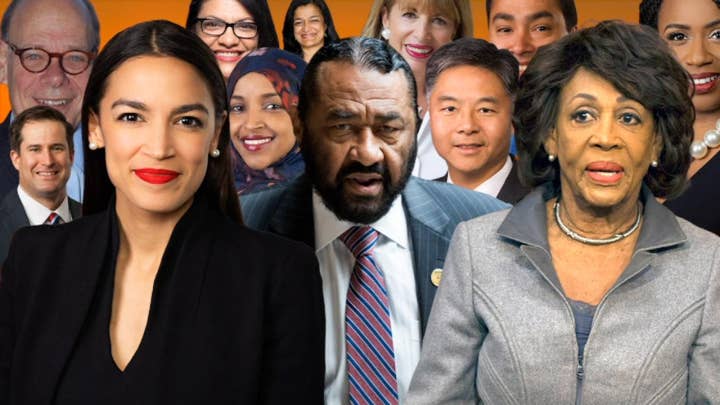 Todd then asked her whether top Democrats are stalling on impeachment, perhaps not wanting to pursue it before the 2020 election.

"This is not about the 2020 election. It’s about doing what’s right now for our country. This is going to be a precedent that we set when we don’t hold this president accountable to the rule of the law and to the United States Constitution," she argued.

Tlaib made headlines in early January after she was sworn in for her first term and told a crowd of supporters that Democrats would "impeach the mother****er.'”

Her impeachment resolution in March picked up at least five co-sponsors last month.

House Speaker Nancy Pelosi has resisted calls to begin impeachment proceedings, questioning the political wisdom of it. But she has been facing increasing pressure from members inside her caucus to reverse course, amid frustration over the Trump administration's resistance to congressional subpoenas for information related to Special Counsel Robert Mueller's probe.

In tweets from Japan, where he is meeting with leaders over the Memorial Day holiday, President Trump ripped Democrats as “obstructionists” and questioned their rationale for trying to remove him from office.

“Impeach for what, having created perhaps the greatest Economy in our Country’s history, rebuilding our Military, taking care of our Vets (Choice), Judges, Best Jobs Numbers Ever, and much more?” Trump said. “Dems are Obstructionists!”