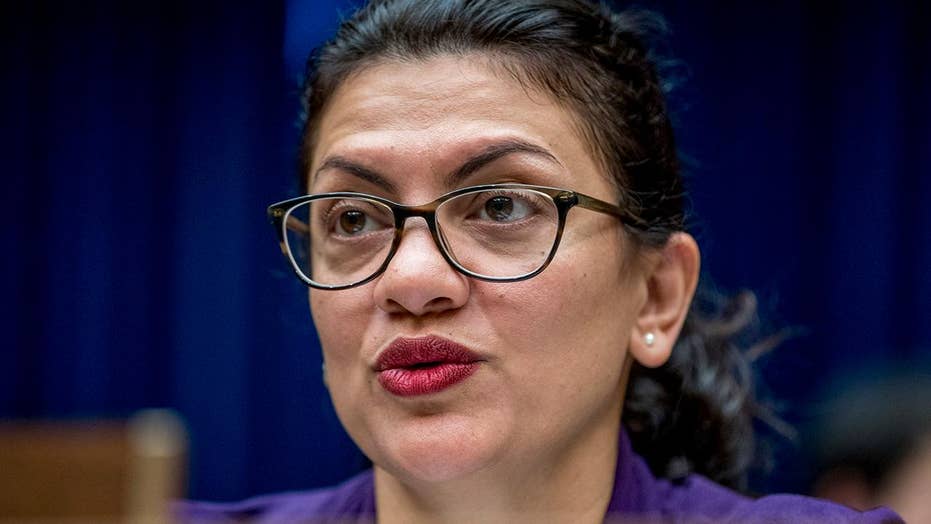 Rep. Rashida Tlaib, D-Mich., last week responded to backlash after she told Detroit police to hire only black facial recognition analysts, writing in a scathing op-ed that her comments were neither “racist” nor “inappropriate” and pushed further for a total ban of the technology used to identify criminal suspects.

“I’m going to call out every injustice I see. It’s probably what makes most people uncomfortable when I speak the truth,” Tlaib wrote in an op-ed in The Detroit News. “My comments weren’t racist, out of order, or “inappropriate.” It is inappropriate to implement a broken, flawed and racist technology that doesn’t recognize black and brown faces in a city that is over 80% black.”

Detroit Police Chief James Craig, who is black, said last week that it was appalling for the Democratic “Squad” member to suggest that only black people should be hired as facial recognition analysts.

In an editorial titled "Rashida Tlaib should wake up," The Deroit News wrote: “It's almost too rich that the congresswoman who was a target of one of Donald Trump's most offensive tweets has followed him down the racist rabbit hole.”

“Racism can rise from a lot of places, including from those who build their careers railing against it. Tlaib, who considers herself among Congress' most woke members, should wake up to that reality,” the paper's editorial said.

Tlaib's suggestion came during a tour of the Detroit Police Department's Real Time Crime Center, where the department uses facial recognition technology to locate suspects. Craig was showing Tlaib how the software works, and how analysts use it to identify and locate individuals. The department had extended the invitation to Tlaib after she tweeted them, calling facial recognition technology "bulls---."

In response to The Detroit News editoiral, Tlaib criticized the newspaper for taking the bait to allow the police chief “to distract from the fact that broken technology is being used to lock up black and brown people in Detroit.” (Tlaib's response was also published in The Detroit News.)

“Craig's department spent millions of dollars on a system that is flawed and jeopardizes our civil liberties, and it was implemented with no public input. Calling out racism isn’t racist — but this technology is,” she said. “I hope instead of attacking me in the media he will read the studies I have provided to his department.”

Tlaib also claimed during her police tour last week that "the error rate among African-Americans, especially women," was 60 percent. In an appearance on "Fox & Friends: First," Craig refuted the freshman congresswoman's claims. 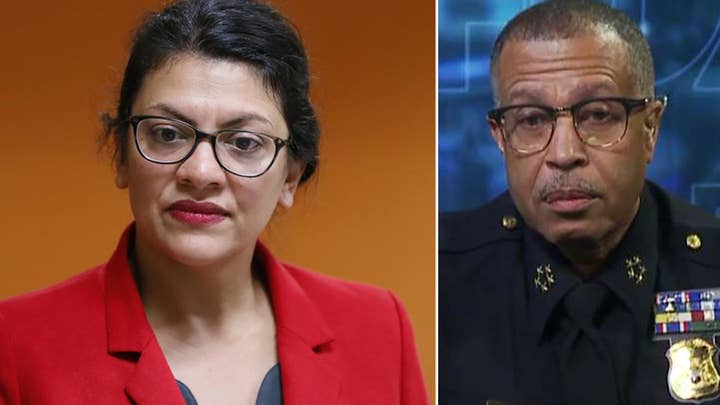 "It's a software. It's biometrics," he said. "And, to put race in it ... we're talking about trained professionals. My staff goes through intense training with the FBI, and so they're not looking at race but it's measurements. We were appalled when she made this statement," the police chief said.

"This is a double standard," Craig said. "If I had made the exact same comment, they would've been calling for my resignation and she would have been leading that charge. That's a fact."

"We know [there are] flaws in the technology. We've addressed that through the rigorous system that we have in place. So, we have a modeled approach on how we use this technology very effectively," he said.