Sen. Rand Paul, R-Ky., addressed the Senate Monday afternoon as his colleagues prepared to vote for a $900 billion coronavirus relief package and told his fellow Republicans who backed the stimulus that they are no better than the Democrats they criticize who align themselves with socialism.

"To so-called conservatives who are quick to identify the socialism of Democrats: If you vote for this spending monstrosity, you are no better," Paul said.

The House passed the relief package and lawmakers tacked on a $1.4 trillion catchall spending bill prior to the Christmas holiday.

The relief package will send a $600 direct stimulus payment to most Americans, along with a new round of subsidies for hard-hit businesses, restaurants and theaters.

The Senate later aligned with the House and passed the COVID-19 relief package and government funding plan. The vote was 91-6, and members needed 60 votes to pass the bill since it skipped several parliamentary steps, Fox News’ Chad Pergram reported.

Cruz tweeted earlier that it is "ABSURD" to have "a $2.5 trillion spending bill negotiated in secret and then—hours later—demand an up-or-down vote on a bill nobody has had time to read." 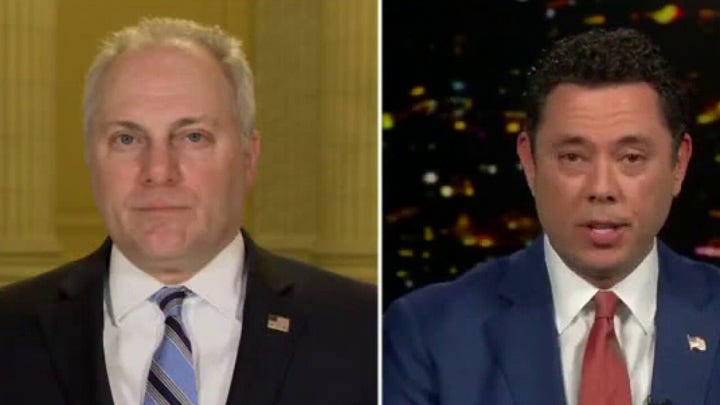 Paul targeted his own colleagues who voted for the bill and said, "When you vote to pass out free money, you lose your soul and you abandon forever any semblance of moral or fiscal integrity."

WHAT'S IN THE NEW $900B CORONAVIRUS RELIEF PACKAGE?

He instead called on colleagues to open the economy, cut obvious waste in the budget and stop piling on debt for future generations. 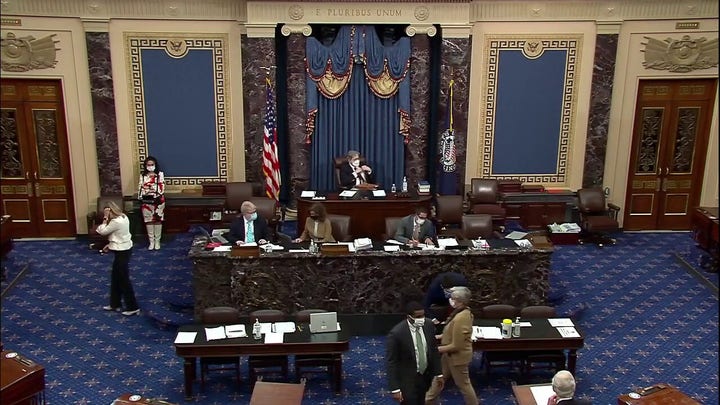 The House voted 359-53 in favor of the relief bill. The bill combines coronavirus-fighting funds with financial relief for individuals and businesses. The 5,593-page legislation — by far the longest bill ever — came together Sunday after months of battling. Treasury Secretary Steven Mnuchin, a key negotiator, said on CNBC Monday that the direct payments would begin arriving in bank accounts next week.

THE OPTICS OF GETTING THE COVID-19 VACCINE AT THE CAPITOL

Ben Williamson, a White House spokesman, told the Wall Street Journal on Sunday, "We look forward to Congress sending a bill to his desk imminently for signature."

Senate Majority Leader Mitch McConnell praised the relief bill on Monday, saying, "Yesterday, leaders in the Senate, in the House, and the Secretary of the Treasury reached the major agreement that struggling Americans have needed for months. We are going to pass another historic rescue package to help American families through this pandemic."