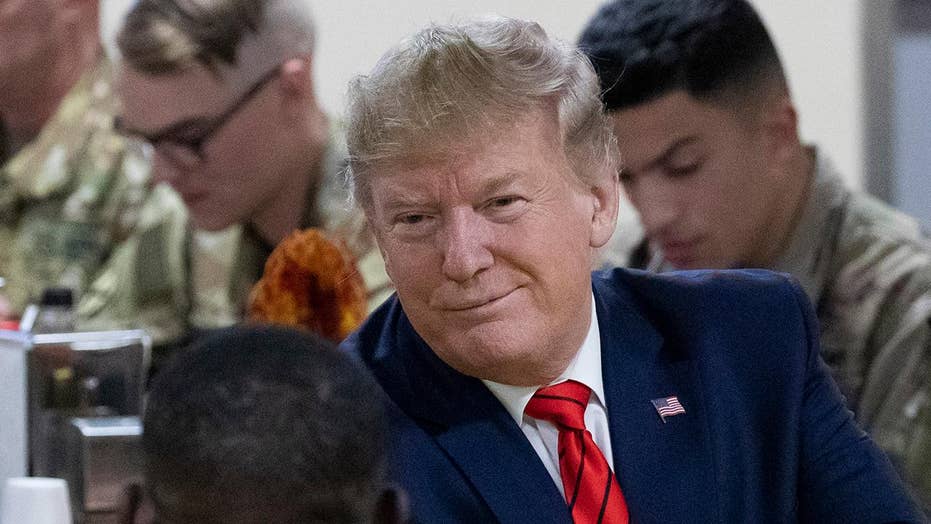 On a surprise trip to Afghanistan on Thursday, President Trump said that the United States has reopened peace talks with the Taliban - just three months after the president scuttled negotiations between Washington and the Afghan insurgents following a terror attack that killed 11 people, including one U.S. soldier.

Trump, who made his first trip to Afghanistan under a veil of secrecy for security reasons, told troops gathered at the Air Force base for Thanksgiving dinner that the Taliban "wants to make a deal very badly."

“We’re going to stay until such time as we have a deal, or we have total victory, and they want to make to make a deal very badly,” Trump said. “The Taliban wants to make a deal — we’ll see if they make a deal. If they do, they do, and if they don’t they don’t. That’s fine."

“We’re bringing down the number of troops substantially,” he said.

Earlier in the day, however, Chairman of the Joint Chiefs of Staff Mark Milley said no decisions had been made on troop reductions, but there were several options, including going down to 8,600, 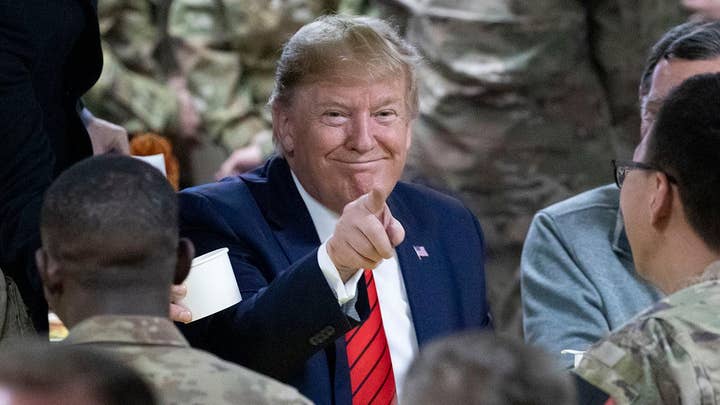 The president arrived in Afghanistan just in time to serve troops Thanksgiving dinner on Thursday. Standing alongside Chairman of the Joint Chiefs of Staff Gen. Mark Milley, he dished out turkey to roughly two dozen troops at a dining facility decorated with red, orange and yellow Thanksgiving banners and tablecloths. Mulvaney, Barrasso, and O’Brien were also behind the counter.

"There's nowhere I'd rather spend Thanksgiving than with the toughest, fiercest warriors," Trump said. "I'm here to say Happy Thanksgiving and thank you very much. As president of the United States, I have no higher honor than serving as commander-in-chief."

He added: "We will continue to work tirelessly for the day when all of you can go home to your families, and that day is coming very soon."

The president was originally slated to spend Thanksgiving at Mar-a-Lago in Palm Beach, Fla. Details of how he was able to sneak out of the resort property are still unclear. He did, though, fly out of an undisclosed airport on Wednesday evening. 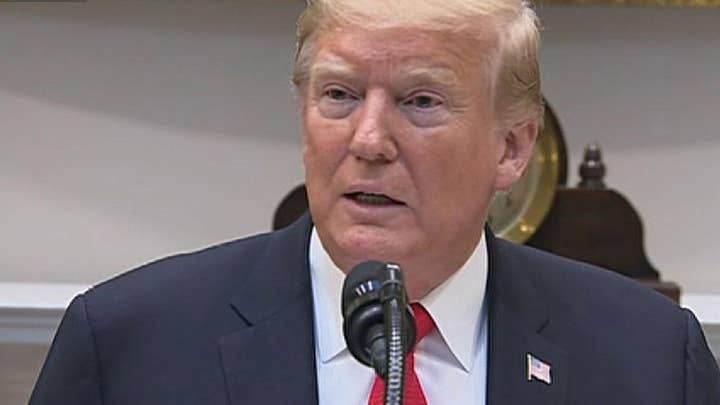 Fox News has learned that security precautions for the trip were taken to the extreme, with the cellular devices, including those of senior White House officials on the flight, taken before boarding the plane.

The president greeted the crew and even stayed in the cockpit for takeoff.

On the flight to Afghanistan, Grisham told the small group of press that the purpose of the trip is “truly about Thanksgiving and supporting the troops."

“It’s a dangerous area and he wants to support the troops,” Grisham said. “He and Mrs. Trump recognize that there is a lot of people who are away from their families during the holidays and we thought it would be a nice surprise.” 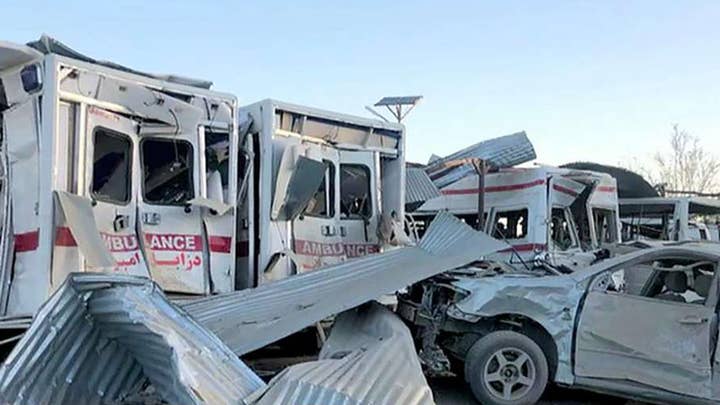 Grisham also said that while the trip has been in the works for weeks, only a very tight circle of White House officials knew about it.  To keep suspicions at bay, Grisham says the White House scheduled tweets to be sent from the President’s twitter account during the many hours that he did not have access to the internet.

Thursday’s surprise trip is the president’s first to Afghanistan and his second to a conflict zone. Last year, he traveled to Iraq to visit U.S. troops on the day after Christmas.